Win Beautiful Music for the Advent and Christmas Seasons 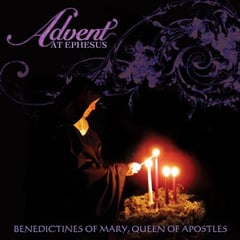 The Missouri-based contemplative nuns Benedictines of Mary, Queen of Apostles were named Billboard magazine’s Classical Traditional Artist 2012 and 2013. It’s the first order of nuns to ever win an award in the history of Billboard magazine. The Sisters were recognized for their two bestselling albums, ANGELS AND SAINTS AT EPHESUS, which spent 13 consecutive weeks at No. 1 on Billboard’s Classical Traditional Music chart, and ADVENT AT EPHESUS, which spent six consecutive weeks at No. 1 on the same chart.

Today Catholicmom.com is giving away one of the Advent at Ephesus albums!

“How does a community of Benedictine Sisters who follow the rule of St. Benedict in the most monastic sense, never leaving their Priory in the rolling hills of the Midwest, accomplish this achievement of Billboard’s Classical Traditional Artist 2012 and 2013 for two years and counting?” said Monica Fitzgibbons, cofounder of De Montfort Music. “Many music industry vets would like to know. It is truly their heavenly purity and FIAT that will provide the clues. We are so grateful that this music is being embraced by many hearts on a wide scaled basis. Congratulations, Benedictines of Mary, and congratulations, world!” 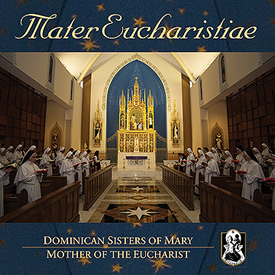 Along with the Advent at Ephesus album, we also will be giving away a Mater Eucharistiae album.

Mater Eucharistiae is the debut CD from The Dominican Sisters of Mary, Mother of the Eucharist, who are based in Ann Arbor, Mich. Their recording has gone to No. 1 on the Billboard classical charts, and their community has been blessed to be featured on CBS This Morning, EWTN, Fox & Friends, NPR, National Catholic Register, CNS, OSV and many other media outlets!

You can order either CD at http://www.demontfortmusic.com/artists.