Since the New Year, I haven't had any of those absent-minded moments where you mistakenly write 2013 instead of 2014.

On the other hand, my mind still feels very much like I am in the month of December. That was a month that seemed to never end: from the Bishop visiting for Confirmation and then returning the following week for a Filipino Celebration, to multiple nativity plays by the English Religious Education program and the Spanish, to the multiple Sundays and Christmas masses celebrated with family, with catechumens, at my parish or away on holiday.

The overall impression left me filled with repetitive talk about Angels, Stars, Mary, Joseph, shepherds and lambs, kings and gifts. The Christmas Season certainly was much more than one day or one evening. But behold, his prophesied birth has been proclaimed from high heavens, the star has led us to the Light of the World and he has come to the River Jordan as the Beloved Son. Amen! Amen! Amen! 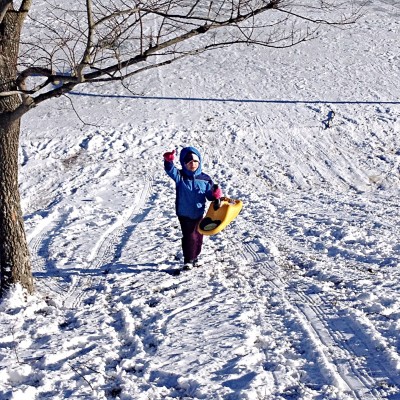 In Northern Virginia we struggled with unseasonably cold weather at the start of the new year. My daughter had one day of school after the holidays followed by five days off due to cold and snow. She has yet to complete a full week of school.

At work, my Monday RE classes met all of once this month. It's hard to get going and embrace 2014 when even the weather is telling you to stay inside. This is not a time to be journeying on the back of a donkey or to be seeking shelter in a stable from the cold.

But the Catholic calendar of days is itself prepared to swallow these contradictions and meet the jubilation of a new year with its own mirth. Note that the day after Christmas we celebrated the feast of St. Stephen, the first Martyr. Recall that the celebration of the Epiphany, of Christ as the light to all nations in January leads to the Feast of the Holy Innocents (the infacticide of King Herod) in February. This is not because we live in a dichotomous world where every goodness is flattened out by an evil one. But it is the bittersweet nature of the holidays and of life in these in between times.

All these things swirled like sugar plum fairies in my head as I sat with a group of catechumens in the pew during the Feast of the Baptism of Jesus. As we prepared to say goodbye to the Christmas Season, we knew we were ultimately going to enter the swifter currents of Lent and eventually be brought to the foot of the Cross come Easter. At this present moment we were caught up in the rapture of the sky torn open, the Holy Spirit descending, and the voice saying, "Behold, this is my beloved Son."

I told them, this is the essence of any sacramental celebration since sacraments are ultimately an encounter with the real presence of God who wills us to have life to the full. But I also wondered if there were mothers or fathers also gathered at the River Jordan whose children had been cut down 30 or so years earlier who also marveled at this event, who despite their grief and losses saw their salvation that day as well. Who perhaps with bended knee or some other form of admonition came to faith as well because they knew what it meant to have a beloved child and how abundantly powerful and loving a God must be to hold all these things together.

The timing this year for the Baptism of the Lord coincided with the death anniversary of my firstborn son, Joshua Emet, who died into eternal life January 11, 2005. 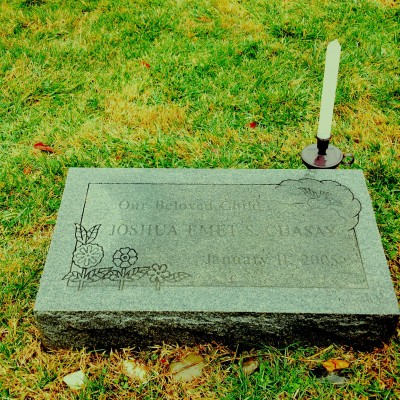 I am one of those parents who stands in testimony and bends down before the power of such an event. Who sees sacrament in sacrifice, God in grief, the Lord in Loss.

Come Easter, when his side is pierced and blood and water flow out, it is by this sacrifice that many will come and wash their robes white in the blood of the lamb. My daughter may be one of them. There they will encounter the sacrament of Father, Beloved Son, and Holy Spirit.

For now, in early 2014 as always, I think heavily about John 6:39, "This is the will of him who sent me, that I should lose nothing of what has been given to me, but that it should be raised again on the third day." Everyday, but especially at times such as this, I behold my beloved son and hear that my redeemer lives.

Is there something that ties you so strongly to the life, death, and resurrection of the Savior? Once all the decorations and memories of this Christmas Season fade away, how else do you experience the joining of heaven and earth and the building of the kingdom?