Two Hearts Swelling in Sweden: The Conversion of Ulf Ekman

Somewhere in the heart of Sweden, a heart is swelling. Well, two hearts actually. 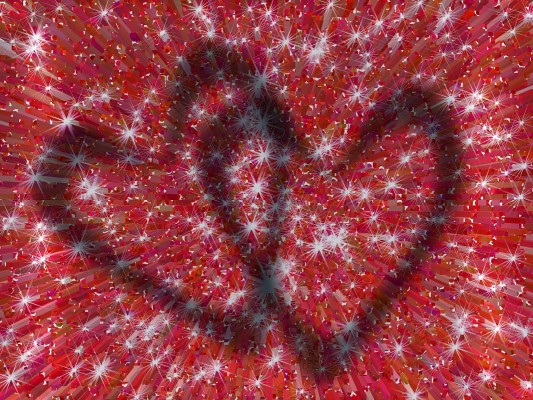 I recently learned, thanks to the daily roundup, Catholic Top Tweets by Chuck Wakelee, that an influential, non-denominational evangelical pastor in Sweden, Ulf Ekman, has announced the turning of him and his wife, Birgitta, toward Rome.

I want to tread lightly here for any non-Catholics reading this. One headline in the wake of this conversion, from Christianity Today, says the move has caused pain and disillusionment within Ekman's former fold. The pastor, after all, founded a church and movement that grew into the thousands. If the conversion were reversed, I'm sure we Catholics would feel the loss, too. So any grieving from the Protestant sector is certainly deserved.

That said, it would be unfair to deny those of us welcoming Ekman to our home, which is now his home too, a moment of celebration. Maybe we can think of it like a bride leaving her family of origin to join with her husband and family. It's not that she's turning her back on everything she's known. No, it has formed her and she will be forever grateful and remain indelibly connected, for life. But now, a new life awaits.

I think of my faith before what I call my "reversion" happened in contrast to when I began fully embracing my Catholic roots. It was an euphoric time for me. I definitely felt I'd stumbled upon a life-altering gem -- a precious stone that had been right in front of me all along, but not shining due to my lack of understanding. I still feel that way. So please allow me a momentary outburst of joy that another has discovered this beautiful treasure.

You can actually watch the pastor making the announcement to his congregation here. What I enjoyed about watching it was how gracious Ekman was, and how gracious the pastor taking over his former spot was as well (seen here on the longer version starting around minute 59).

It's very hard to argue with the journey of a soul, after all. Ekman was determined to get at the heart of things, to discover truth. He wouldn't have expected to find it in the Catholic Church, of all places, but somehow, that's exactly where he was led.

And I think what I love most of all about this story is that it happened not through studying Church documents, though he did that eventually, too, but through bumping into Catholics in his travels, and seeing something in them -- something that contradicted the world's impression -- that made him pause.

That's where this whole thing gets very personal in my mind. I see a man promising God that he will go wherever God leads him, even if it lands him in a place that will potentially bring him a fair amount of discomfort. Keep in mind, too, that this conversion did not happen overnight. It has been slowly unfolding over a period of about a decade. Ekman did not go lightly into this, not by a long shot. And that's one of the reasons he has earned my respect and why I feel such joy over his conversion. It was hard won, and I'm sure exhausting at times. But here he is now with a renewed sense of hope before him, and his wife by his side.

As mentioned in a First Things article telling of the conversion, the reasons for the transformation can be boiled down to this, according to Ekman himself:

"We have seen a great love for Jesus and a sound theology, founded on the Bible and classic dogma. We have experienced the richness of sacramental life. We have seen the logic in having a solid structure for priesthood that keeps the faith of the church and passes it on from one generation to the next. We have met an ethical and moral strength and consistency that dare to face up to the general opinion, and a kindness towards the poor and the weak. And, last but not least, we have come in contact with representatives for millions of charismatic Catholics and we have seen their living faith."

I am sharing this as much to spread joy over this conversion as to hearten you. It can be very easy to feel beaten down about Catholicism as the world sees it. Even when we feel confident we're in the right place, there are so many forces all around telling us we're stark-raving mad to be associated with this Church; a church that so often contradicts the world and yet begs our involvement in it. It is easy to feel we must defend ourselves even when we know a defensive stance is not what will win hearts in the end; rather, living it and sharing our joy will.

But every once in a while, we need something like Ekman's conversion to give us a little lift, to remind us that we are in the right place, and that it's a very good place and worthy of our commitment and sacrifice.

We are blessed beyond measure to be Catholic, and we have every reason to rejoice when others find their way into our family of love. Oh, Ekman may have moments of disillusionment as he discovers how very human we all are, but hopefully we can help him see that even in our imperfection, we are a blessed lot with immeasurable gifts at our disposal, which are now at his, too.

Question: Are you a convert? What was it that pulled you into the Church? If you're a cradle Catholic, what is it that compels you to stay?