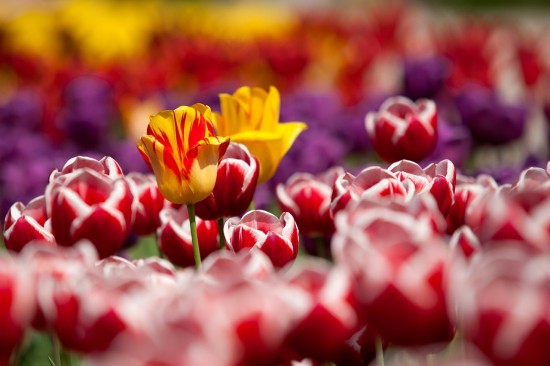 “It’s a girl!”  The nurse announced. After the birth of seven healthy sons, those words should have brought great joy. Under different circumstances, I would have done back flips.  Instead, she was what I had feared. When I saw her almond-shaped eyes, my heart froze—Down’s syndrome.

My wife Bonnie was 46 years old. We knew that the likelihood of a baby with Down’s increases with maternal age. Today, tragically, nine out of ten babies with Down’s Syndrome are aborted. Bonnie and I are passionately pro-life but our prayers were for a healthy child.  A special needs child was for some other family; one that was holier than we were.

Our handsome, intelligent, and athletically gifted sons brought us great joy and not a little pride: Thomas (15), Kevin (14), Jack (10), Michael & Patrick (8’s), Luke (5) and William (2).  We did not want to become the poster couple for why it’s a mistake not to quit while we’re ahead. I imagined, even family members saying, Why didn’t you leave well enough alone when you already had seven healthy children?

Bonnie’s labor was one of her easiest. The nurse and I cheered her through contractions and pushing. The baby slipped out after one big push. But after her arrival, the atmosphere turned tense and quiet. I tried to mask my emotions. What kind of a father would express disappointment and even rejection for his own daughter? I knew it was wrong to feel that way.

Feigning happiness was beyond my ability so instead, I tried to hide my emotions. The absence of joyful excitement and a pensive look on my face told Bonnie what she was wondering—this was the baby we had feared that God would give us. Bonnie silently wept.

Our doctor confirmed that our baby looked to have Down’s Syndrome and explained she needed tests done on her heart.  More than half of Down’s children are born with cardiac conditions.  After being examined we were told that our daughter had two holes in her heart. She would have to undergo open-heart surgery when she was a few months older.

Instead of anguish, the news prompted a somber reflection…if she dies as a result of her surgery the pain will be over for all of us, we thought.  Those were not the thoughts we wanted, but the ones we had.  We had not even named her yet. Bonnie looked at me and said, “Let’s call her Grace Anne.”  She wanted something pretty yet simple, already thinking of the learning challenges that lie ahead.

I left the hospital at 3 AM in a daze, imagining that all of the nurses were saying, The poor guy, just got his girl and now look what happened. I welcomed the privacy of my car.  I cried the entire half hour ride home.

All the kids were still asleep so I rolled into bed, physically and emotionally exhausted.  Upon waking from a short and restless sleep, reality pushed into my consciousness, filling me with the dreaded realization all over again. It felt as though God had played a mean trick on us. Be open to life, accept seven sons, accept a pregnancy later in life and then, I will give you a daughter, but she will have a disability.

Besides the anguish of a disabled daughter was the anguish that I felt such little love in my heart for her.  My pleading began. Lord, please help me to love my daughter the way you do. I knew it was wrong not to love her the same as my sons. I began a relentless pursuit to learn to love like God loves.

The first task before me was how to tell the boys about their new sister.  Bonnie had penned an email to several friends and to a prayer chain, asking for prayers as our little girl had a serious heart condition. She asked people to pray for ‘grace’ to guide us on this journey.  I shared the email with our older sons. As they finished reading it, we cried and hugged each other.

“You would think that getting an extra chromosome would be a good thing,” my oldest son Thomas commented, “like scoring one more run in a game.” We discussed how to respond to people with questions about Grace. It didn’t seem right to say, we had a girl, but she has Down Syndrome.  We decided it would be best to just say we had a girl and if anyone asked how she was doing, we would explain, “She has a heart issue which is very common for babies born with Down Syndrome.”

To the older boys I said, “Guys, the world often defines a person as “perfect” when they’re pretty, handsome, athletic, intelligent, and wealthy.  Yet, these are not the qualities that God judges us on. He looks at our soul because it is the pure souls that experience the eternal glory of heaven.”

It felt like the Holy Spirit was giving me the words to comfort them.  “Maybe God knew our family wanted a girl, so he is telling us, ‘I didn’t want to send just any girl.  I saved the ‘perfect’ girl for your family. This little girl has an incorruptible soul!”  The kids were quiet and seemed to absorb what I was saying.  “Think of what a gift it is to have her living under our own roof,” I continued. “To be able to love her is to love God!  You see, God knows what is best for all of us!”

I was amazed at how easily those words came to me, but I was disappointed that my love for my daughter was not coming as easily. Why couldn’t I love her the way she is?

I simply told our youngest sons that they had a sister and her name was Grace. They went bananas jumping up and down. “It’s a girl, it’s a girl!” they yelled.  Lord help me to love like these little one’s, I prayed.

After Grace and Bonnie returned from the hospital, managing six school-aged boys and one toddler became more complicated with the new set of routines for Grace. The shock of Grace’s birth and diagnosis began to wear off, though Bonnie and I continued struggle with loving her unconditionally.

As Grace approached her five-month birthday and her impending open-heart surgery, mixed emotions plagued me. I realized that I was less nervous about this major surgery in contrast to how I would feel if it had been for one of my sons. Lord please have mercy on me, I prayed, not wanting to love her any less than my other children.   In a very subtle way, a feeling of compassion for our little Grace flickered in my heart. She was only ten pounds--so little to face such a life-threatening surgery.

A few days before her surgery, as I held Grace in my arms, it hit me that I saw her “condition” and it was preventing me from giving her my entire heart. Christ sees us through his Sacred Heart. I understood that Christ wanted me to love Grace UN-conditionally…to be blind to her ‘condition’.

Bonnie had already reached that point.  In fact, through her realization that our culture would not affect Grace in the same way as other girls, she began to see the advantage of having a daughter with Down’s.  So on the day of her surgery, Bonnie could not bear to be the one to bring her in.

As I held Grace in the early morning hours prior to her surgery, and then eventually walked down to the operating room with her, my heart swelled with emotion. I was falling in love.  Suddenly, I couldn’t imagine losing my little baby girl and my heart ached for the pain she would have to go through.  When I laid her on that operating table and they began to administer anesthesia, I prayed and cried for my little angel!  I didn’t want to lose her!

Grace emerged from the surgery with a seven-inch scar down the center of her chest. The holes in her heart were repaired. When she came home and began to emerge as the heart of our family, the holes in our heart were also repaired. Her little personality began to captivate us and all the boys fell deeply in love with their little sister. They treat Grace differently than their brothers. I believe it is because through Grace, our hearts have grown. Her brothers constantly hug and kiss her and tell her they love her. The boys were gifted athletically, while Grace, who cannot even run or jump is gifted in love.

This story is excerpted from Big Hearted: Inspiring Stories From Everyday Families, a collection of 22 stories that show the best argument for the value of families is the families themselves.