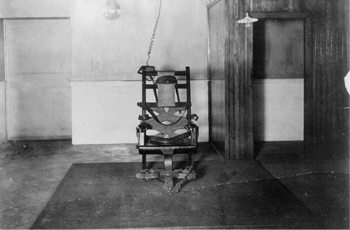 Clayton Lockett’s disturbingly botched execution in Oklahoma has re-ignited the debate over the morality of capital punishment.  The Catholic Church teaches that the death penalty is acceptable if it’s the only way to insure safety of others. “If, however, non-lethal means are sufficient to defend and protect people's safety from the aggressor, authority will limit itself to such means, as these are more in keeping with the concrete conditions of the common good and are more in conformity to the dignity of the human person.” ( 2267)

Vicki Schieber had a successful career in finance and two beautiful children. She had always been against capital punishment. Such an opinion is easy when you don’t have skin in the game. But then her daughter was murdered and it became painfully personal.

Vicki shared her story in Amazing Grace for Families.  It is excerpted below.

When my daughter Shannon began reciting her ABC’s at eighteen months old, my husband Syl and I were in awe. At age three, when Shannon could read at a second grade level, we knew she was brilliant.

Shannon possessed a contagious love for the world. She was the president of the student body at her high school and president of her freshmen class at Duke University, where she graduated in three years with a triple major in mathematics, economics and philosophy. At twenty-three Shannon went onto graduate school on a full scholarship to the Wharton School of Business at the University of Pennsylvania.

Then, suddenly, it all ended.  Brimming with potential and embracing the future, her life was snuffed out—the victim of a rape and murder on May 7, 1998.  Just like that, my lovely daughter was gone and my world changed.

Pain and anger emerged in an instant, as they always do.  But healing has come too in a most unexpected way.  Through giving my life to fight against the death penalty, I have found not just healing but power.  I have testified before commissions, and state legislatures.  I have counseled and cried with victims’ families and I have befriended an incredible human being on death row.  Through it all, or maybe because of it all, I have been able to celebrate my daughter’s life in a way that touches many others.  Shannon’s life was sacred but I have come to understand that all life is sacred. Destroying one life as payment for another does not bring closure and peace.  It is forgiveness that did that for me.

On the Thursday afternoon that I received the phone call relating Shannon’s murder, forgiveness was the last thing on my mind. My son, Sean, had driven in from home in Maryland to meet Shannon for lunch.   When Shannon failed to show up at her office, Sean learned that she also had failed to show up for a planned exam study session that morning.  Shannon did not answer her phone either.  When he called me to report this uncharacteristic behavior, fear came over me.  “Please go to her apartment,” I directed.

A short time later, Shannon’s neighbor called me. The previous evening, this neighbor had heard screams from her apartment and called 911. The officers went to the apartment but did not go in, claiming there was no hard evidence and maybe the neighbor just heard the noise on a television.  In reality, when they knocked on Shannon’s door, there was a serial rapist inside.  Since Shannon was his only rape victim that was murdered, it is believed that he never intended to kill her, but did so to keep her quiet when the officers came to her door.  When the police had looked around outside with a flashlight, the balcony door was closed.  The next morning when my son arrived, the door was open.  The killer had escaped through it after the officers left.

I screamed and cried in horror, then shaking and sobbing, dialed my husband’s number at work.  There are no words to adequately describe what it was like to live every parent’s worst nightmare.  Despair, anger, horror, emptiness, and alienation from God…it’s all that and more.

Confronting Beliefs From Abstract to Reality

It took nearly four years before the killer was found.  Long before that, I had come to grips with my life as it was now.  Philosophically, I had always been against the death penalty.  Life is God’s alone to give and take.  But when confronted with such principles in the face of my daughter’s murder, I had to move from abstract beliefs to dealing with reality.

It took me over a month before I could even return to work but I knew Syl, Sean and I had to pull our lives back together.   I had a graduate degree in social work, and I understood the phases of grief. I also knew that anger and a desire for revenge destroyed people.  I was never soft on crime but as I studied the issue of the death penalty, my earlier value against it became solidified. Syl and I were united in our belief.

Prior to the court hearing, we had to fight the district attorney who insisted the guy should be put to death.  But when it came time for us to write the victims’ statement--to make our wishes known--we requested that the killer be put behind bars for the rest of his life with no possibility for parole.

We made this decision on two levels, spiritual and logical.  Syl and I were both the fifth-born of eight children from solid Catholic families.  We adhered to the belief that all life is sacred and that God is merciful. Jesus died between two criminals whom He had forgiven.  We knew that the killer had a drug-addicted father who was violent toward his mother.  In a phone conversation his mother had with me, she admitted remorsefully that she sometimes took her pain and frustration out on her son. I am not for an instant excusing his behavior but I recognize that his childhood was a painful model of violence.  Rape is not a crime of sex, but of violence.

Taking the life of Shannon’s murderer would never bring Shannon back.  Instead, it would prolong the agony for us.  All capital punishment cases are automatically appealed, typically over a period of many years. Every time the case is appealed the closure often promised to victims’ families is delayed.

Living the Rest of Her Life

After I got over the shock, I asked myself, “How am I going to go on and live my life?”

I felt my daughter was looking down from heaven, saying, “That guy killed me, don’t let this end your life too.”  I saw people filled with anger for years, even decades waiting for the killer to be executed. I met a woman who spoke emotionally before a legislative commission on her desire to have her daughter’s killer executed. Her daughter was killed in 1988, so for almost twenty years she has been consumed by a desire for revenge.  I’ve seen it suffocate families and destroy marriages.

If he is behind bars with no possibility for parole, that is the end of it. Such a scenario is not the easy way out for criminals. A maximum-security prison is hell on earth.  I have visited them.  A year ago I developed a pen pal relationship with a man on death row.  A contact who worked with inmates found someone who had a similar background as my daughter’s killer.  I wanted to visit him and to understand the life he lives on death row.

My pen pal killed two people and has been in maximum-security prison in a Maryland for almost twelve years.  This convicted killer was on drugs and lived a life full of denial at the time of the murders.  He eventually experienced a profound conversion in prison.  “This is my just punishment,” he told me. “I am thankful that I am here.  On the streets, I might never have changed and never repented.”  A priest visits him every week.  The guards love him and he is a model prisoner.  He accepts that he will never see the outside of a prison cell.

I pray every day for my daughter’s killer that he too will repent.  It is an incredible gift of grace to say I forgive him and to go on. I could never have accomplished it without the grace of God.  I called out to God from the start. I told him over and over, “I don’t know how I’m going to get through this.”  But if I really want to honestly align my will to God’s, I must want what he wants for souls: conversion and salvation, not death and damnation.

Anger destroys people.  Forgiveness gives us a better life. Even if a person has no faith—no reason on spiritual grounds to be against the death penalty—it is better for them as individuals to preserve their health and need for healing.

I began working against the death penalty in 2002 and since early 2006 have worked full-time to abolish the death penalty.  Through my work, I believe I am honoring my daughter. Her life counts for something and it is her memory that is making a difference now.

Vicki, who has spent her career in a variety of financial marketing and management roles, was profiled on “Dateline NBC”, a show that also aired multiple times on Court TV. Her story is part of an NBC film on the death penalty sponsored by the Robert Kennedy Foundation. She has long been active in leadership positions in non-profits dedicated to literacy and programs for elderly, disabled and low-income residents of Washington, D.C.

Vicki is the recipient of the Fannie Mae Foundation Good Neighbor Award, the Courage in Community Award of the McAuley Institute Board of Trustees and the Exceptional Community Spirit Award from Rebuilding Together of Washington, D.C.

A Mother and Daughter Look at a New Mother-Daughter Journal
Read
Mother’s Day Gifts: A Daughter’s Perspective
Read
Seeing My Mother Through My Daughter's Eyes
Read