What can we say about the Battlefield franchise that hasn't been said before? Plenty. In a world of nameless, faceless, voiceless, personality-less protagonists, it should be easy to make one charming and likable. Right? It should be. And yet, Battlefield 3 fails at it so entirely it's hard to pin down exactly what went wrong. 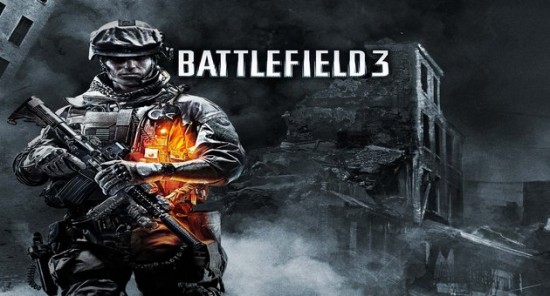 The game opens with Marine Sgt. Blackburn in handcuffs, running and jumping onto a New York city subway train that is somehow not running underground.  With no context whatsoever, he is blasting away at a group of terrorists who have boarded the train.

Then we get the standard "8 hours earlier" gimmick, where Blackburn is being interrogated by your standard CIA types, and the entire story is told in flashbacks that somehow involve a civil war and an invasion, and an earthquake in Iran.

From there, we get to hear the story of how Islamist psychopaths got their hands on old Soviet nuclear bombs so they can blow them up in Times Square, but no one wants to listen because the Islamists in question are really on the CIA payroll.

Congratulations, you've seen this story a dozen times before: you'd be better off renting a movie.

Players engage in fictitious military conflicts as the soldier's story is told from a variety of perspectives (e.g., fighter pilots, tank commanders, Special Forces operatives), so you literally get to have at least three different game mechanics -- four if you count quicktime events.

Players use sniper rifles, machines guns, grenades, and rocket launchers to kill enemy soldiers in frenetic firefights. The frequent combat is highlighted by realistic gunfire and large explosions; characters sometimes scream and emit large splashes of blood when shot. Players can also engage in hand-to-hand combat during seriously boring quicktime events that are more irritating than challenging: during these scenes, the player repeatedly punches enemies in the face and stabs soldiers to death with knives.

The music is an irritating, grating mess. It's radio noise.

The graphics are nice, though. The main character spends his time being interrogated by Glenn Morshower (Yes, the actor. The graphics are that good, and they couldn't be bothered rendering an original character, I think. He's also the voice actor).  It's a nice-looking game ... that's about it.

Mature game, mature rating, no morals at all. Seriously. In one POV switch, the player is a Spetznaz (Russian Special Operator) who is tracking down a nuclear bomb in Paris. During the running shootout, the player must -- absolutely must -- gun down every police officer in their way.

How about the part where, as a tank driver, the player's character is captured and gets his throat slit by jihadis? Fun, right?

Oh, yes, and when the marine trips over the Russian Spetznaz fellow during one of his other missions, in order for him to get away, the player's character must shoot his commanding officer. No, no other options.

And the dialogue is scattered with more four letter words than an early Eddie Murphy movie.

Yes.  It's the majority of gameplay. It's built from the  ground up as a multiplayer. And Battlefield 4 is even worse in this aspect. There are some solid co-op missions scattered across aircraft and infantry missions.

None. Seriously, none.  Replay?  No. The player can't affect any change in this game.  In game speak, this is a corridor shooter -- linear, scripted, do what the game tells you to, or you die.

The single player game is four hours long.  Four hours. Six hours, if you're a slow player like me.

The AI on the soldiers is suicidal, and will run straight at you in certain segments.

My Rating: 4/10. A subpar game. The plot isn't even average, and not even the beautiful graphics can save it. Save your money and buy a Lego game.  The multiplayer might be great, but that will never sell me on a video game.