Editor's note: Today, we're happy to spread the word about a great new film called "The Identical" and to share a guest review by Caitlin Bootsma. I had the chance to screen this film personally and was happy to give it a big "thumbs up" in my endorsement:

"The Identical" teaches that each of us is uniquely created to shine in our own way for God's glory. A rocking, emotionally reeling film for the entire family!

Be sure to check out Caitlin's review and put this film on your "must watch" list! Lisa 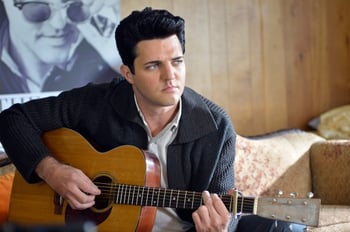 Do you ever wonder why Hollywood stopped producing movies like It’s a Wonderful Life, Meet Me in St. Louis, or The Wizard of Oz? These were films that you could enjoy viewing by yourself, but also watch with your children or parents without skipping scandalous scenes or feeling like you were just wasting time. These movies are more than just pieces of nostalgia; they are value-based films that address universal questions about family, the meaning of life, and where one can call home.

When I started watching The Identical (to be released in theaters this September), I wondered if I would be in for two hours of a movie that, yes, would be value-based, but also would be nowhere near Hollywood standards. You know the movies I mean: the ones that are full of life lessons, but the characters fall flat and the plot just is not engaging.

Instead what I found was a movie for which I would grab some popcorn, watch with my kids, and enjoy the catchy rock-n-roll music and the lessons woven throughout the film.

The movie follows the story of twin boys born to a young couple during the Great Depression. Despite their love for both boys, they make a hard decision to let one be adopted by a pastor and his wife so that both boys will be provided for. We soon see that though the boys are separated by circumstance, they have the same extraordinary talent for music. The music sets the background for the entire film—even my two year old loved it, dancing at a dizzying pace around our living room.

The son who remained with his birth parents catapulted into fame; so well known he could be another Elvis. The adopted son, not knowing that he is adopted, develops his own love of music. Here, the life questions begin. The son, Ryan, is caught between his passion for music and his pastor father’s desire to have Ryan follow him into ministry. The question is: what does God want for his life?

I won’t give too much away, but as the twins’ talent grows, so do Ryan’s questions about his family and where he comes from. His questions about his vocation are very closely tied to his understanding of his identity and his relationship with his family, both birth and adoptive. Plot twists and confrontations between family members remind me of the many growing pains we all go through to find our way in life.

At the beginning of the film, I’ll admit I had some hesitations that this was going to be a thinly disguised homily or sermon. Instead, I found myself wondering why more films couldn’t address similar themes that are relevant to everyone, regardless of background or creed.

To me, The Identical is a hopeful sign that we may be able to rebuild a culture that celebrates family, life and love through the arts. If we can teach these values in our homes and live them out in our own life, why shouldn’t we also see them on screen? Instead of watching a movie that is full of tired-out bathroom humor, flimsy relationships or gratuitous sex scenes, we could be enjoying entertainment that leaves one feeling joyful, introspective and perhaps even singing a new rock-n-roll song or two.

Enter to win free tickets to see The Identical 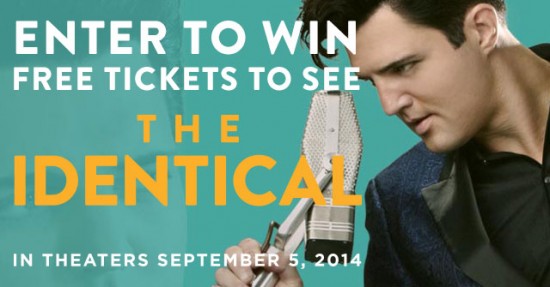 Why I did not try to argue my way out of the parking ticket
Read
Son of God Movie Kicks off This Week with Tonight's EWTN Preview - Enter to Win Free Tickets
Read
Two Movie Reviews: The Identical and The Song
Read