Why Stop the Ripple of Joy from Those with Down Syndrome? 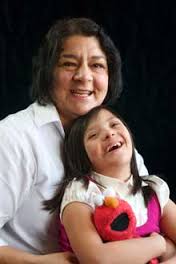 There is a ripple effect of joy emanating from those with Down syndrome, so why do the overwhelming majority of parents expecting such children abort them?

This is the question which has haunted me most of the twelve years I have been the mother of Christina, my lively 12 year old girl with Down syndrome.  Soon after her birth, while searching the Internet for helpful information, I came across this shocking fact; I was a rarity because I did not abort my daughter after her diagnosis of Down syndrome.

“The most recent study of abortion following a confirmed prenatal diagnosis of Down syndrome showed that, depending on several factors such as time of prenatal diagnosis, geographical region, ethnicity and religious belief, abortion rates range from 61% to 93% in the United States.[ii] In France, where prenatal screening has been enshrined in public policy, the rate increases to at least 96%.”

This statistic is from the Charlotte Lozier Institute Journal where Lejeune USA President Mark Bradford, the father of a young man with Down syndrome, wrote a research article delving into this seeming disconnect in “Improving Joyful Lives; Society’s Response to Difference and Disability”.

I made it my business to find out why parents who receive a diagnosis of Down syndrome lose hope in their children’s future and abort and how I could help them find hope and choose life.  I tried contacting my obstetricians’ office, offered to leave my phone number as a resource for doctors whose distraught patients were dealing with such news.

I remember when my pastor suggested I call Maggie, to talk about her twenty-year-old daughter Sarah with Down syndrome. Finding out that Sarah graduated high school, had a job bagging bread at the local grocery bakery, had numberless friends and three godchildren was enough to set my mind at ease. My Christina would have a happy life.

I wanted to offer encouraging stories about Christina to parents whose only resources were a clinical sounding list of possible side effects of Down syndrome. I wanted to put a face on Down syndrome and tell them it would be all right. My offer to do that was politely refused.

Why wouldn’t the medical staff want an additional resource to offer parents?

Bradford suggests that a disturbing attitude is afoot in the medical profession:

“a 2013 poll, the results of which were published in the Journal of Intellectual and Developmental Disabilities, showed that almost one in four patients who had received a positive prenatal diagnosis for Down syndrome said their medical professional was insistent that they terminate their pregnancy. [xxxi] ACOG now recommends that all women, regardless of maternal age, be offered prenatal screening for aneuploidy (trisomies), either by screenings or invasive testing such as amniocentesis. This recommendation, combined with the prevailing attitude toward birth defects in the medical community, would seem to encourage the option for abortion following a positive result.”

So it’s an appalling fact that many in the medical profession are not interested in helping us accept our children as they are and offer hope for their future, they deliberately impose their will on us by bullying us with outdated statistics and just plain non-medical opinion.

While conducting interviews for my book A Special Mother is Born, parents reported that medical professionals said things like, “Your child will destroy your marriage.” “This is an unfair burden to place upon your other children.” Some went so far as to say that the unborn baby would not be able to tie his shoes, read, or hold a job. People with Down syndrome do that every day. One prominent medical center even offered to give the unborn baby an IQ test. Really? It must be hard to hear the baby’s responses to the test questions!

But they are wrong; Mark Bradford goes on in his article to give reasons for hope for our children.

Groundbreaking research in the past ten years has proven that various treatments can help lessen the cognitive delays in those with Down syndrome .Such treatments may be given prenatally or at other points in the child’s life to enable them to communicate better, remember, and participate more fully in everyday life. Some of the substances are readily available such as antioxidant-packed green tea.

Legislation has been introduced in several states to block abortion for fetal anomalies recognizing it as chromosomal racism.

Efforts are being made to change how women are being offered prenatal screening and what information is given to them at that time.

Public awareness of the joy which our children bring to society is increasing.

Research was done about how those families raising a child with Down syndrome are affected. Dr. Brian Skotko, co-director of the Down Syndrome Program at Massachusetts General Hospital, is particularly striking. He has shown that:

The efforts of the Down syndrome advocacy community to clear up the myths and prejudices surrounding Down syndrome seem to be bearing fruit. Bradford says,

Of note, the authors of the Natoli study present analyses of data from 20 registries in the International Clearinghouse for Birth Defects Surveillance and Research that indicate abortion rates after Down syndrome diagnosis in North America are lower than in Europe and Australia.[xxxvi] Perhaps U.S. advocacy efforts to improve the quality of life and acceptance of those living with Down syndrome have been successful. One can only hope this trend will continue and not be offset by the availability of early prenatal diagnosis using new and sophisticated noninvasive prenatal screening tests.

So for the parents who are told their unborn baby has Down syndrome, the power of knowledge and support cannot be overestimated. Encourage them to read the entire article here.