Knowing the Truth about your Baby with Down Syndrome

Dating sites are very popular these days. You fill out a profile and find your ideal mate for life. Naturally, most profiles are a bit flattering, “energetic, attractive man who loves candlelit dinners and walks on the beach. . . .” Imagine a profile with no photo and the following description: I have mental delays and physical challenges including; heart defects, low muscle tone, hearing loss, visual impairment, spinal instability, increased tendency towards obesity and leukemia, shorter lifespan and limited prospects for happiness.

Most people would avoid this poor individual like the plague. Yet that is precisely the description given to women expecting a baby with Down syndrome. Nothing positive, only a laundry list of possible defects. The perfect baby she has been dreaming of has been reduced to a nightmare of neediness. No wonder from 75 to 92% of pregnant women receiving a prenatal diagnosis of Down syndrome chose to abort their baby. In one-fourth of doctors’ offices, it is the doctor who holds up this list as an attorney citing evidence stating “This life is not worth living.”

The mother of the unborn baby with Down syndrome is often under relentless pressure from her spouse, relatives and even her own conscience as it is suggested “Think of your other children, what would having a baby like that do to them?” Who is speaking for the silent child at this point? As prenatal screening is performed earlier than ever, before the mother has developed a relationship with the baby in the womb, she has no idea how to counter the onslaught of bad news and, too often, has little knowledge of the positive aspects of raising a child with Down syndrome. 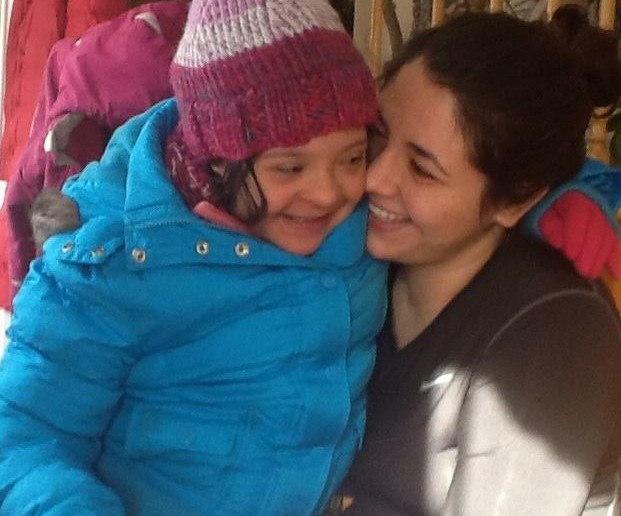 That’s where advocacy groups are filling the gap. From diagnosis to adulthood, those who are blessed to know people with Down syndrome are flooding the media with joyful images of fulfilling lives lived with an extra chromosome. My group, KIDS Keep Infants with Down Syndrome, has marched in the March for Life since 2009 to call attention to the joy of life with someone with Down syndrome. When we started, we were considered a novelty, but now I am happy to say, Down syndrome is quickly becoming cool. Target and Nordstrom’s feature ads with models with Down syndrome and a Spanish bathing suit designer chose an adorable baby with Down syndrome as her model. Award winning films like “Produce,” about a man with Down syndrome whose work has become an inspiration, are available on the Internet. A TV reality show based on Tim’s Place, an Albuquerque restaurant where hugs are on the menu, is coming next season.

I know this to be true as our entire family has become more compassionate, more giving, and more able to stop and smell the roses since our youngest daughter Christina was born with Down syndrome in 2002. Now we just want to help the world to see as my friend Eileen Haupt, the co-founder of KIDS says, ”Doctors can tell you about the challenges which come with a child with Down syndrome but they can’t tell you about the love they bring.”