Harry Potter Fantasy Will Not Turn Our Kids into Wizards 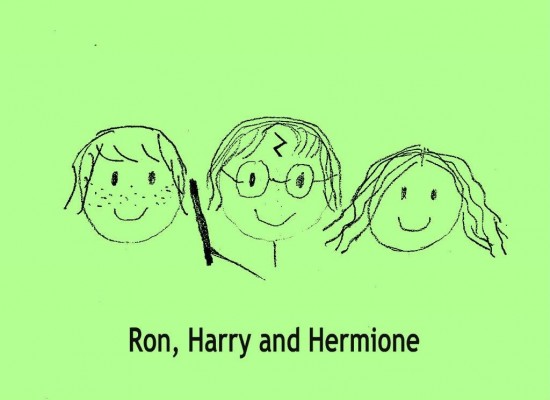 I know a Catholic family as well as another Christian family in our neighborhood in which the children are not allowed to read or watch the Harry Potter series because of the witchcraft in the stories.

Never mind the real messages they ignore of good triumphing over evil, having the courage to choose the right paths in our lives, sacrificing oneself for one’s friends, helping even our enemies, and many lessons we want our kids to learn in religion class to become enthusiastic Catholic adults.

I am an older mom.  I grew up watching Bewitched and I Dream of Jeannie.  I did not grow up wanting to be a witch or a genie.  They were just cute shows for entertainment.  I enjoyed the far-fetched fantasy as a child.  They ignited my imagination.  They did not jeopardize my faith.

Fantasy is healthy for kids.  It helps them grow their imaginations and creativity.   Harry’s frightening confrontations with Voldemort have the same kind of thrill as a scary amusement park ride.  Adventure fantasy is scary and fun and exhilarating just like a roller coaster, but with an added benefit.  It fuels children’s imaginations, which are needed for inventiveness and new innovations.

I believe that if we educate our children in their Catholic faith, adventure fantasies such as the Harry Potter books are not going to turn them towards the occult any more than watching Elizabeth Montgomery in Bewitched would have turned me to the occult when I was a child.

Another wonderful advantage of these types of fantasy series is getting kids to read more.  The Percy Jackson book series by Rick Riordan is responsible for reigniting a love of reading in both my kids in middle school.  After suffering disappointment that they stopped reading for pleasure in favor of electronics, these books brought them back to a love of reading again.  I assure you, neither of them believe in ancient Roman or Greek gods as a result of Percy’s adventures.

My kids feel sorry for their friend who has to trick-or-treat as Bible Man every year at Halloween.  I think Bible Man is a fantastic idea.  I love Bible Man!  But it’s the message that fantasy is bad that saddens me.  It robs our kids of the childhood joy that fantasy brings to their imaginations.

Our local Catholic school no longer allows kids to dress up for their Halloween fall festival in any costume that is scary, dark or related to anything that could be interpreted as “bad”.

However, our kids are not going to become actual vampires or choose to leave the Catholic Faith because they get to dress up scary for Halloween.

I am all for fantasy for our kids.  I say let kids indulge in their creative imagination and have some fun being scary!  Fake wounds, pretend vampire teeth, whatever.   The kids understand it is pretend, why can’t we?  It is simply fantasy for one night, and a giant bag of candy to last several weeks!   As a mom, it’s the candy I have a problem with, not the costumes!

I respect other parents’ differing opinions for what they feel is right for their children and the message they want to teach.  I just don’t understand why there would need to be a choice between fun fantasy adventure and Christianity, as though the two could not coexist.   I feel we can have both together for an enriching childhood for our kids.  My children have no confusion about their faith due to indulging in fantasy.

What do you think?  Do you choose between faith and fantasy, or do you believe they can coexist?