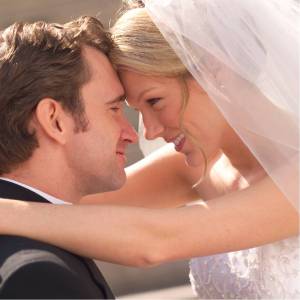 Are women aware of their dignity? Do we demand respect?

Dignity is what we see in ourselves, and respect is what we require of others because of it.

When it comes to marriage, the plan for dignity and respect is simple.

If you love me, I require you to marry me. If you do not love me enough to marry me, then find someone else to go to bed with.

Old-fashioned? Let's think about it.

I realize it's hard to tell that to a teenager, but it isn't primarily teenagers who are sleeping with other people without the benefits of marriage. Benefits? Yes!

So let's talk about benefits.

Marriage, the union of one man and one woman, is a personal, but not private, relationship with great public significance. Marriage is good for the couple; it is also provides the optimal conditions for bearing and raising children.

Harvard psychologist and psychotherapist Mark O'Connell, PhD. says this: Marriage is more than just wearing a ring on your finger. Marriage is an intimate and enduring relationship that grows over time and makes you a better person. Dr. O'Connell contends that there is something about sustained intimacy that offers people a chance to get to know themselves and each other in a way that is more honest and real.

Family can be a great training ground for the kind of virtues that lead to successful careers. Family life teaches perseverance, cooperation, the ability to get along with others, and respect for authority – all virtues that are valued highly in the workplace.

The Social Benefits of Marriage are many. Marriage makes an essential contribution to the common good.

• On average, husbands and wives are healthier, happier and enjoy longer lives than those who are not married.

• Men appear to reap the most physical health benefits from marriage and suffer the greatest health consequences if they divorce.

• Married mothers have lower rates of depression than single or cohabiting mothers, probably because they are more likely to receive practical and emotional support from their child’s father and his family.

• Married women are economically better off than divorced, cohabiting or never-married women.

Children raised by their own married mother and father are:

• Less likely to be poor or to experience persistent economic insecurity

• Married women are at lower risk for domestic violence than women in cohabiting or dating relationships.

• Boys raised in single-parent homes are more likely to engage in criminal and delinquent behavior than those raised by two married biological parents.

• The institution of marriage reliably creates the social, economic and affective conditions for effective parenting.

• Being married changes people’s lifestyles and habits in ways that are personally and socially beneficial. Marriage is a “seedbed” of prosocial behavior.

• Marriage generates social capital. The social bonds created through marriage yield benefits not only for the family but for others as well, including the larger society.

So think about dignity, think about respect, consider the benefits, and then say to the one you love: "Take me down to the little white church!"