Has the Women’s Movement Decreased Happiness? 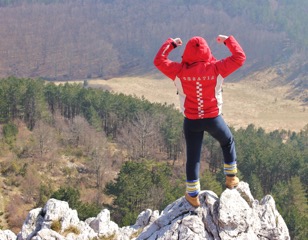 In case you are not in the loop, Women’s Equality Day commemorates August 26, 1920 when the right for women to vote became official.  But equality has not paved the road to dignity and happiness.  A few years ago, I wrote about a Time Magazine report on the happiness of women which concluded: “Among the most confounding changes of all is the evidence, tracked by numerous surveys, that as women have gained more freedom, more education and more economic power, they have become less happy. No tidy theory explains the trend.”

Who needs a theory?  The numbers tell the story.

Not good. I believe that the spirit of rebellion of Catholic Church teaching is where we have gone wrong. It was the rebellion that launched the sexual revolution of the 1960s, the birth-control pill, and then finally abortion.( And ultimately, take sex outside of marriage ushered in the belief that same-sex marriage is okay, because sex has nothing to do with marriage anymore.)

Now, women are free to have sex with men that they don’t want to marry, and free to abort if a baby should come of that union.  In practice, this means that women are more pressured and expected to have sex before marriage.  Before, there was a sacredness and respect given to women who waited for marriage.   And if they relent and get pregnant, the babies are viewed as their choice, their problem.  The control has largely gone to men who want to free themselves of responsibility.  (Not to discount men hurt by their powerless to stop the abortions of their babies.)  Half of women who have abortions, report that they do so because they do not want to be single mothers or because their partners do not want the babies.

Then, somewhere on the way to gaining rights, marriages fell apart in a big way.  No-fault divorce meant no-strings-attached; no alimony for stay-at-home moms. Today, even if there are small children involved, divorced women are pushed to work or called lazy.  But the face of poverty is still largely a female head of family. That seems to be something the women’s movement just cannot get at.

Many argue that before the women’s movement, women were expected to stay home to the extent of boredom even if they preferred the boardroom. But the world has changed to the point that few women can stay home even if that is their desire.   Many men help at home, but survey after survey shows that when a woman works outside the home, the second-shift of housework and childcare falls mostly on her shoulders. Women certainly did win the freedom to work.  And work, and work.

If I had been alive during the Suffrage Movement, I would have fought for the right to vote. But the methods used in fighting for Women’s equality must be evaluated according to the dignity of woman in the light of the word of God.

On the Dignity of Women

Pope John Paul II expressed this desire of the Church in 1995 when he wrote his Apostolic Letter titled On the Vocation and Dignity of Women to address the eternal measure of feminine dignity as part of the great works of God. He agreed that women’s dignity has not always been acknowledged which resulted in a spiritual impoverishment of humanity. “When it comes to setting women free from every kind of exploitation and domination, the Gospel contains an ever relevant message which goes back to the attitude of Jesus Christ himself,” he wrote.  “Transcending the established norms of his own culture, Jesus treated women with openness, respect, acceptance, and tenderness. In this way he honored the dignity which women have always possessed according to God’s plan and in his love.”

Pope JP II stood behind real equality in every area such as equal pay for equal work and fairness in career advancements but he always upheld morality and respect for life and stopped short of encouraging women to do everything that men do.  Referring to the Book of Genesis, he said that we are then told that, from the very beginning, man has been created "male and female" (Gen 1:27). "Woman complements man, just as man complements woman: men and women are complementary. Womanhood expresses the "human" as much as manhood does, but in a different and complementary way.”

For instance, Christ chose men to shepherd his flocks in the priesthood. “…this in no way detracts from the role of women, or for that matter from the role of the other members of the Church who are not ordained to the sacred ministry, since all share equally in the dignity proper to the ‘common priesthood"\’ based on Baptism.”

So an authentic women’s movement should be more about dignity and serving others in Christ rather than being free to do whatever one wishes — such as ending a pregnancy, becoming a priest, or engaging in licentious behavior. Such supposed freedoms, end up as slavery. It is here that we have a paradox, for the more we submit to God, as St. Paul calls it the “obedience of faith” (Rom. 1:5) the more free we will be.

We are of infinite value and dignity. Our God-given gifts are meant to be used to enrich the world along paths God has chosen for us.  This is where our strength, beauty and equality lie. And, I believe, our true happiness.