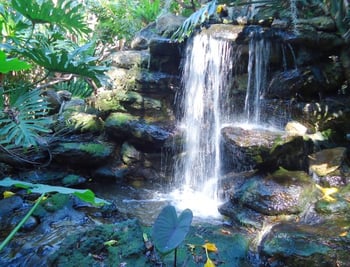 Although I tailor each religious education year to the liturgical seasons and often use the Lectionary Cycle to orient my spirituality with that of the wider Church, I think most of us live a harried existence that is an admixture of our own idiosyncratic lives bumping up against other people's. The start of the school year and of the Rel. Ed. year is a case in point. Or at least an example of this reality in Northern Virginia, where I live.

Public School started the Tuesday after Labor Day. We received notification of who our child's teacher was just one week prior. A few days later we had one chance to meet her at a Back to School Night and our daughter had one chance to meet her at an Open House the next day. Obviously, for other families with children in different schools, they probably experienced a mad-dash to cover each child and school as best they could.

At my parish, although we offer RE classes at different times and days, it is not possible to find a schedule that works for everyone. Everyone comes from many different schools. So our Parent Orientation Meetings, sacramental retreats, catechist workshops compete with this plethora of logistics as well.

The party line is that you have to make what's important a priority. Religious Education is important. Your relationship with God is important. Your family's faith life is important, etc. But everyone from the school principal, to the band leader, to the soccer coach is saying the same thing. Everyone (presumably) has good intentions and values and believes in what they are promoting. And somewhat understandably, each is defending their piece of time against the logistic jam it produces.

When I lived in Japan I met weekly with a group of Zen Buddhists who wanted to have a dialogue with me about East/West and Zen and Christianity. We had some wonderful conversations, especially since the Japanese language is full of homonyms and transcendental talk is often full of symbol and metaphor. But one phrase would get repeated over and over again when it seemed like we were working too hard to try and explain something. The Japanese would say, "Water does not flow uphill."

They seemed to be begging the question, "What is natural?" Or, in context to our busy and busier lives, "You seem to be working very hard, but you seem to be moving against the natural order of things."

This year, Grade 3, for my daughter is when she begins SOL testing. As we approached her Orange Belt test in Tae Kwan Do a few weeks ago, she began having test anxiety. This was strange to me at first because she really enjoys Tae Kwan Do. I realize now that she was starting to perceive Tae Kwan Do in the short term and school in the longer term as this ordeal of testing over and over again. Study/test/repeat seemed to be the natural cycle. This is exhausting. So she ends up downstairs watching and recording different TV shows not because she doesn't like to read or doesn't like to play outside, but because she is trying to recover from her day to day existence. (And we haven't even added her other after school activities like choir, RE Classes or possibly piano lessons to her week).

In some ways, I remember being just as busy or even more so growing up. I am also aware that there are plenty of children and families who do much more on a daily or weekly basis. I also know that where I live we tend to eat out more, drive our kids around more, juggle work and family life more. Having a parent date night is like winning the lottery and going on an exotic vacation. In short, the natural order of things is harried. Most of our time seems to be spent in recovery.

Personally, I know that the smartphone and the internet allow me to receive work emails 24/7. And I know I have to work very hard to not read or respond to these missives. But my Inbox is a litany of this same observation: emails from my Pastor past 10 PM or on the weekends, emails from parents at 2AM because they had to work late or just got back from business travel.

We are harried. Is this natural?

I am set to begin my RE Year on SEP 15th. We ended registrations on AUG 31. As you might guess there were/are several families that missed the deadline. This is truly remarkable since we have been taking registrations since April and after all masses during the months of June and August. But what was even more remarkable for me is that this year, after having endured this last-minute onslaught every year for almost a decade, I simply said: "Stop. Wait." You cannot register now. You cannot start with us on SEP 15th. Come back in October and we can see then.

I don't know how that will work in this small case. I won't pretend this is the solution for our harried nature. But every now and then you have to hit the reset button. This doesn't mean simply to restart another cycle over and over again. Instead, it is to get off the harried cycle that wasn't working and to start over. Start fresh.

Are you harried? Moving so fast because your constantly trying to catch up? Water doesn't flow uphill. Start over. Find your flow.