Why is the Catholic Church against IVF? 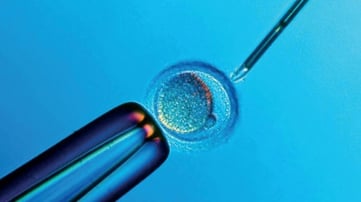 If you take a quick poll of the next ten strangers you encounter and ask them about the Catholic Church and its attitude towards in vitro fertilization (IVF) you are likely to get two responses: half will not realise the Church has a concern with IVF and the other half will state how ridiculous it is that the Church is concerned about a process that can bring children to couples who are unable to conceive.

Actually the Church has more than a concern; the Church has taught since IVF came about, that the process is “gravely immoral.” Not that the Church just made up this teaching when IVF began in the late 1970s, rather it applied its ongoing understanding of sexuality to this particular question. Nonetheless, couples considering IVF as a last hope don’t like being told that their choice is gravely immoral so it’s worth considering just what the real problem is.

IVF presents a host of problems.

Second, IVF costs a lot of money. Each treatment cycle can cost a couple around $3000 (after government assistance) whether there is success or not.

Third, IVF has health risks. About 30% of IVF patients experience at least a mild case of ovarian hyperstimulation syndrome (OHSS) which causes swollen, painful ovaries. While mild cases can be treated with over-the-counter pain medication a small percentage develop severe OHSS which may require hospitalisation.

Fourth, IVF creates a life by destroying others. A usual cycle of IVF produces multiple embryos to assist with the success rate and also to store if a couple wishes to try for more children further down the track. However, the truth is these embryos are mostly unused. There are 120,000 embryos sitting in frozen storage in Australia, the majority of which will be eventually destroyed with about 90% of IVF couples choosing to discard them. It is worth remembering that an embryo is no longer just an egg or a sperm, it is a new human life. A couple must ask themselves if the birth of one of their children justifies the deliberate creation and destruction of a few of their other children.

Another real concern with IVF is the physical and emotional cost. And while the actual physical process of IVF is difficult enough perhaps even more serious is the emotional toll that must be borne in the relationship. A book well worth reading is The Hollow Heart by Irish journalist Martina Devlin; it is subtitled ‘The true story of one woman’s desire to give life and how it almost destroyed her own.’ In three attempts at IVF Martina lost nine embryos but in the process she also lost her marriage and was driven to the depths of despair. While Martina and her husband began with the very natural desire for children this eventually became all encompassing for Martina so that everything else in her life (including her husband) became worthless. Children are a great blessing but if we cling too tightly to any blessing it can become for us a curse.

Perhaps surprisingly, even the reason above is not the Church’s primary concern with IVF. The fundamental problem with IVF is that it separates the sexual act from the procreative act. The child is not conceived out of the self-giving act of love between husband and wife in union with God. Rather, the power of life is entrusted to doctors and biologists while the couple is effectively reduced to providers of physical matter and mere observers. The sexual union though is not just an incidental action of marriage but the very action that makes marriage real and unites it to God’s love. IVF has no regard for the sexual union and thus has no regard for God’s plan around life and love.

The Church understands the great suffering of sterility and encourages good science into reducing the condition; and to highlight one example, there has been great success for couples in naprotechnology, which combines medical science with the proper dignity owed to married love.

However, the Church is conscious that a child is always a gift, not something owed. When a couple vow before the priest to accept children lovingly from God there is always the inverted and somewhat harder aspect of the vow which infers that children may not be sent even after years of doing all the right things and saying all the right prayers. Couples who are struggling with fertility are called to work together with each other and with God to discover the unique way in which their marriage is called to a life of fruitfulness.

This article has very briefly looked at some of the biggest issues with IVF, but so many couples continue to be affected by this great cross. What, in your experience, has been a way to reach out to comfort, assist, and minister to those experiencing this particular pain?

Violence Against Women? Australia Says…Yes.
Read
Where Are All The Men?
Read
O Outro Lado da Fertilização "In Vitro" (The Other Side of "In Vitro" Fertilization)
Read