Tanya and I have never been big data users with our cell phones.  We have always just used talk and text plans and, up until a couple of weeks ago, never had smartphones.  Even with our new smartphones, we only use wifi-data.  That being the case, we always wondered, why is it that our cell phone bill was $86+ for two phones, unlimited nights and weekends and 200 text messages!? 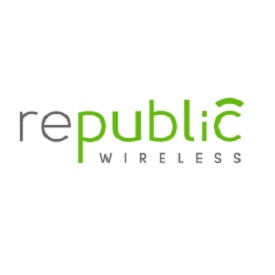 Tanya had read about a cell company called Republic Wireless in a magazine and shortly after, I discovered them through a budgeting site that we use for our finances.  Republic Wireless seemed to have a plan for $10 per month (plus tax/fees) per phone that had unlimited talk and text with smartphones!  Obviously I was skeptical because there is usually some kind of caveat for service so cheap.  I did my research, checking tech sites, online reviews, and even looking at Republic Wireless's own online community before Tanya and I made our decision.

Republic Wireless is a legitimate cell phone provider.  The reason their plans are so cheap is because they route calls, texts, and picture messages through wifi whenever it is possible.  Most people at least have wifi at home and at work, and the people at Republic figured that if cell phones could be made to work through wifi, it would reduce the amount of traffic going through the cellular network and thus, reduce costs for the end user.

But what happens when there isn't a wifi connection?  Republic Wireless will switch over to the Sprint cellular network (Verizon for roaming) and allow calls and texts to work normally.  There is software built into Republic Wireless phones that will perform a "hands-off" to the cellular network if a wifi signal gets too weak.  The call stays connected, but there can be a second or two of silence when changing from wifi to cellular. 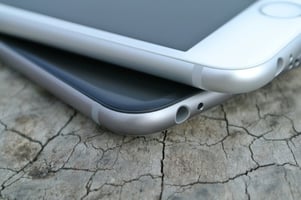 That being said, there are caveats to the service, some of them potentially big ones.  First, users have to buy a phone from Republic Wireless because there is custom software on the phone allowing for the wifi calling and hands-off processes.  No bringing your own device at this time.

Secondly, Republic Wireless does use Sprint's network, which has not always been known for the best cellular service, although they are getting better.

Third, the service isn't perfect and technical hiccups do happen.  Usually there is an answer for them in their online forum/community and Republic Wireless is constantly working to improve their services and software.  That being said, if you want absolutely perfect service all the time 100% guaranteed, some users have not gotten that.  I personally have had no or very limited problems making or receiving calls and messages, but that is only my experience.

Fourth, and this is a big one for cell data users, roaming DATA is capped at 25MB at the moment due to outrageous data roaming charges by other providers.  Republic Wireless is working on paid plans for roaming data but, at the moment, even those who pay for Republic Wireless's 3G or 4G plans are capped at 25MB for roaming.  This does not affect roaming for calls or texts; that is 100% included in every plan.

Overall, Republic Wireless has been a good experience for Tanya and I.  The service works and any hiccups we have experienced were minimal.  Their online community is top-notch and Republic Wireless even takes product suggestions directly from that community, something unheard of with other providers.  The phones that Republic Wireless provides are some of the highest rated phones in their price categories as well.  Republic also offers an "invite a friend" program so, when I found a friend who already had the service, they sent me an invite which got Tanya and I $20 off our first month's bill (nearly the whole thing), and my friend also gets $20 after I have been with Republic for a whole month.  Pretty cool!

As long as users are aware of the caveats listed above and do their research before making the switch, Republic Wireless can be a great service for some.  Heavy data users who need data wherever and whenever need to be mindful of the Sprint network availability in their area and that roaming data is capped for now.  There can be technical hiccups, usually minor, and updates have really improved the wifi to cellular hand-off process.  This is why I say that it is a great service for "some" but not for everyone.

However, for Tanya and I, Republic Wireless was a great choice.  We have cut our monthly cellular bill by about 75%, which is pretty amazing.  We also get unlimited calls and texts for the plan, along with data when on wifi.  It is everything we want for a plan and at a fraction of the cost of other providers.

Would you try wifi-calling to save money on your cell phone plan?