The Truth About The Catholic Church 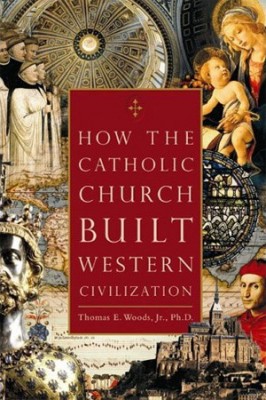 Let's talk about the Catholic Church, about her contributions to Western civilization, not only the fields of Theology and Philosophy, but also in science, art and architecture, music, education, geology, law and jurisprudence, language, and the status of women.

Let's talk about it, precisely because many don't want us to talk about it. They'd rather talk about the so-called historical 'repression' by the church, and by religion in general.

In their discussion, Secularism is assumed to be right and to bring us progress. The Secularists dig in their heels and say the church is an obstacle to their personal progressivism, which means their own version of Truth.

In fact, to the so-called progressive secularist, all religion is wrong. This is far from Truth---and I'm talking about absolute Truth, the kind that doesn't change on a whim. All religions in Western Civilization preach about 'Truth' and 'brotherhood,' that each of us is a child of God, brothers and sisters who strive for the Truth. And hopefully we are striving for Truth as it really is, not for a changeable truth that is genuine one day, but not the next, according to our whim.

This less than genuine idea of truth has promoted an inaccurate history of Western Civilization that is being used to malign both the Catholic Church, and Christianity in general.

The following quote is from Thomas E. Woods, Jr. --How the Catholic Church Built Western Civilization

"About the least fashionable thing one can do these days is utter a kind word about the Catholic Church. The idea that the church has been an obstacle to human progress has been elevated to the level of something everybody thinks he knows. But to the contrary, it is to the Catholic Church more than to any other institution that we owe so many of the treasures of Western civilization. Knowingly or not, scholars operated for two centuries under an Enlightenment prejudice that assumes all progress to come from religious skeptics, and that whatever the church touches is backward, superstitious, even barbaric. Since the mid-20th century, this unscholarly prejudice has thankfully begun to melt away, and professors of a variety of religious backgrounds, or none at all, increasingly acknowledge the church's contributions."

The author, Thomas E. Woods, knows what he's talking about. He's an American historian, political analyst, and author. Woods is a New York Times best-selling author and has published eleven books. He has written extensively on the subjects of American history, contemporary politics, and economics. Woods holds a B.A. from Harvard university and a Ph.D from Columbia University, both in History. He is a senior fellow of the Ludwig von Mises Institute in Auburn, Alabama and a member of the editorial board for the Institute's Libertarian Papers. Woods is also an associate scholar of the Abbeville institute in McClellanville, South Carolina. The Abbeville Institute promotes the cultural inheritance of the American Southern tradition as "a valuable intellectual and spiritual resource for exposing and correcting the errors of American modernity," as opposed to "colleges and universities [which] have come to be dominated by the ideologies of multiculturalism and political correctness.

Some books on this subject are listed below the video. This video is only the introduction to others that Wood has created. Many may find it valuable to consider viewing the rest.
http://www.youtube.com/watch?v=m5siHd1P5zk

Books on the Subject: