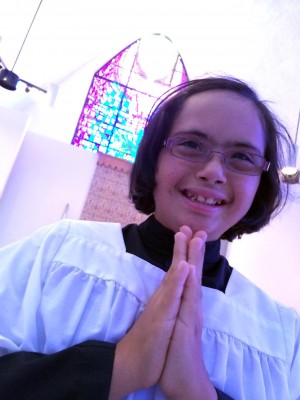 When you first learn you are going to be the parent of a child with special needs, it is natural — probably even inevitable — that you fixate on all the things that won’t happen. And as life plays itself out, you will see that you were right.

There is no doubt in my mind that my daughter Teresa, who has Down syndrome, will never be an accountant. At the age of 12, she still has trouble adding two single-digit numbers, and she can’t count to 100. But you will never be able to begin to count the number of hugs she will give you, at just the moments you need them.

Teresa will never be a brain surgeon. She has the level temperament and, surprisingly, even the steady hand and extended attention span. But she lacks the intellectual prowess to pass the MCAT. While she will never contribute to the healing of anyone's brain, she can certainly help heal your heart with that sweet smile of hers.

Teresa will never be an engineer. Too much math. But she can sure build bridges. I've seen her reach into the pew in front of her and take the hand of a husband and the hand of a wife and join them together. And after that, after seeing her twinkling eyes looking up at them, those two don't dare let go of each other, even though that husband hasn't held his wife's hands in years.

Teresa may never plumb the depths of the meaning of human existence or engage in philosophical debates on the origins of the universe, but you won't have to guess at her philosophy on life. It is simply this: each day, or rather each moment, is made for fun and laughter and carbohydrates, all of which can only be enjoyed to its fullest in the company of a friend.

And to be that friend carries with it a number of advantages.

To be that friend means you will never be judged on how many facts you know or how well you can play sports or paint or write. You will not be judged if your pants clash with your shirt or if you clap on the offbeat or sing off key. You won't be corrected if you mispronounce something or criticized for hiding in a place that's too easily discovered in a game of hide-and-seek. You won't be chastised if you step on toes or bump into anyone. You will be told time and again, "it's not your fault." You won't be chided for feeling down about silly things. Your problems won't be dismissed as too petty, no matter how small they are. 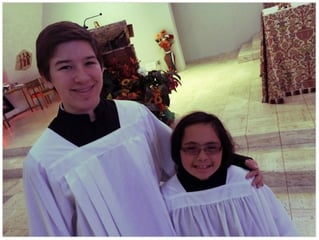 So, yes, there are a great number of things that will never happen if you have a child with Down syndrome.

But then there are the things that will happen. The ones you never imagined.

Like the one that happened to us last month when a beloved priest allowed my son Michael, a veteran altar server, to train Teresa to serve at Holy Mass. Teresa had been asking for years, and Michael has been advocating for her, and finally her day came, and it was glorious.

On so many levels, parenthood is just parenthood, no matter who your kid is, or what his or her strengths or weaknesses.

These are among life's many surprises, no more or less precious than the things that never happen when you love a special kid.

Catholic Life Hacks
Read
Read This if You’ve Ever Wished for Something More in Your Life {Moms’ Night Out: A Real Life Look}
Read
Who Needs God When Life is Good?
Read