Illuminating your Catholic School with the Light of Christ 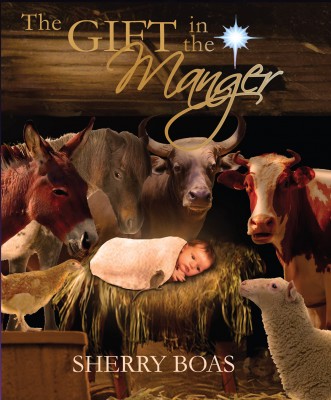 My heart belongs to home schooling. But I have sent my kids to school on occasion.

One of those times happened to be the year The Golden Compass came to the silver screen.

The movie sparked new interest in the book series on which the film is based, and Scholastic played it up well.

With its big promotion of the trilogy titled His Dark Materials, Scholastic came to our Catholic K-8 school. One Christian reviewer describes the Philip Pullman work of fantasy fiction in this way:

“The book series follows the adventures of a girl who travels through fantasy worlds in order to defeat the oppressive forces of a senile God and the Magisterium, a thinly cloaked reference to the Roman Catholic Church,” says Rich Deem. “Pullman himself admitted in a 2003 interview, ‘My books are about killing God'.”

Peter Hitchens, a conservative British columnist, called Pullman, “the most dangerous author in Britain,” and dubbed him the writer “the atheists would have been praying for, if atheists prayed.”

So why was that set of books coming to my well-respected, theologically-sound Catholic school? I asked my daughter’s teacher. She said she wasn’t happy with some of Scholastic’s literature, but the feeling among educators is that Scholastic offers some good stuff and “you can’t throw the baby out with the bathwater.”

Now, I have heard that phrase on a number of occasions, and have even bought into it myself, but I have come to believe it means that we Christians will pretty much let you walk all over us. Can you imagine how delighted Pullman must be to learn that his anti-Catholic, anti-God books have made it into the hands of Catholic children, with the help of their Catholic schools to whom Catholic parents pay hard-earned tuition dollars in hopes that a good Catholic education might help instill a love for God and the Church into their children? An atheist’s answer to prayer indeed.

I asked my daughter’s teacher that day: “Where is the Catholic book fair?”

There is no such thing, the teacher told me.

That’s crazy, I thought. There are so many amazing books my children have read over the years, some overtly Catholic, some just saturated with truth and beauty, like The Hobbit and The Chronicles of Narnia. With no shortage of these wonderful works, why exactly was it necessary to bathe the baby in nasty bathwater?

I contemplated for a minute or two what it would take to start a Catholic book club. I think I might have even talked to the principal about my putting together a list of books that could be brought to the school for a fair. I don’t remember anyone saying no. But for some reason, I just kind of forgot about it. Shame on me. That was 2008.

I was not yet a fiction writer and children’s book author back then and never dreamed I would myself be a publisher one day. But here I am. I am indeed a publisher. And so is my long-time close friend Nancy Gonzales. I don’t know what sparked the phone conversation between us the other day, since we have so many conversations about so many things, but for some reason, I found myself telling her of my old dream of bringing a Catholic book club to Catholic schools. She responded with those five words that would usher weeks of work-induced sleepless nights into our lives: “We have to do it!”

So, we did it. Nancy and I. We call it ScholaBella, a loose Latin translation of “beautiful school.” We launched last week, bringing “beautiful books illuminated by Christ” into Catholic schools, religious education programs and home libraries nationwide. The books have themes of love, sacrifice, self-worth, faith, God’s providence, the wonder of God’s creation, sibling love, family prayer and saints. If you are ready for a nice, clean, bubble bath, check out www.ScholaBella.com and talk to your Catholic school or religious education director about contacting us to receive free books for their libraries and catalogs for their families.