The Power of Prayer and a Baby

This is the conclusion of a story about 0ur tiny grandson's miraculous recovery from an eight-hour surgery to reshape his skull. You can read about the surgery in last week's column. 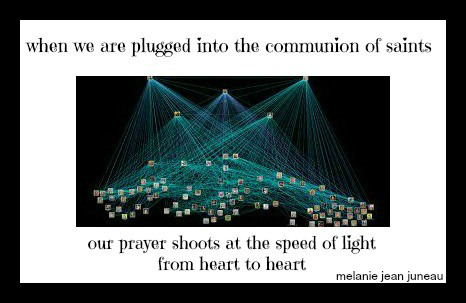 Before my grandson"s neurosurgery and plastic surgery, I did not realize how stressed I was till someone in France passed on a word from God for me on Pinterest.  Do not be afraid; let God  give you a gift of joy. IMMEDIATELY after reading these words, the fear gripping me left and I started grinning as joy slowly bloomed in my heart

This is an example of the power of the Mystical Body of Christ. The Body of Christ is not just an allegory but an incredible reality. Hundreds of fellow Christians, including priests, prayed for this tiny baby, from all over the world from Australia, England, Canada, the States, and France. The results of all these prayers were so obvious.

Throughout the entire procedure, Emmett was peaceful. The ICU nurse had never seen a baby sleep the night after surgery, never mind on so little morphine. His arms did not have to be tied down because he was calm and did not freak out or pull on all the tubes or at his stitches.

Emmett slept pretty much all day, two days after surgery, because he couldn't see a thing due to awful swelling. Around 6 p.m. on the second evening after surgery, he woke up and nursed. Then one eye opened slightly, just enough so the baby could see. He started to clap and wave at people in the hall. 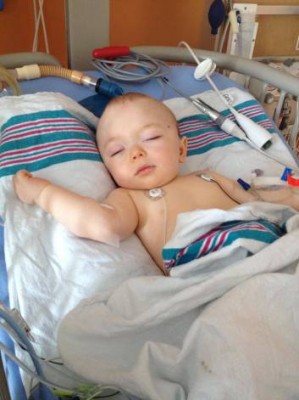 s a direct answer to prayer as just three hours earlier we prayed that the swelling would go down just enough so he could at least see. When we arrived at Children's Hospital, I could feel the joy and light of God surrounding the baby. In less than an hour, his one eye cracked opened.

The plastic surgeon came for a visit on Saturday and was extremely pleased with how well Emmett was recovering. It was anticipated that he would be in hospital 5-7 days but since he was recovering so quickly he went  home on Sunday, on day 4, rather than on day 7 or 8.

Thank you for all the prayers. Here is a series of images of my grandson, right after surgery with his features perfectly symmetrical, bruising around his eyes, his head swollen and going home three days early. 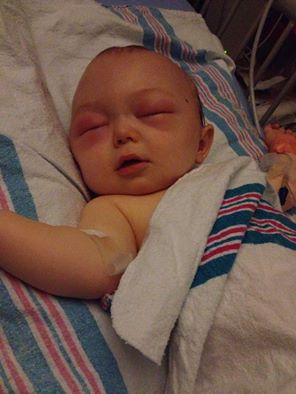