’Tis the Season to be Techie? 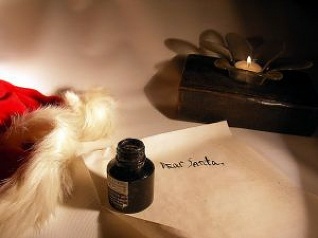 I’m writing this just before Thanksgiving, but by the time it’s posted, kids will be finalizing their lists for Santa.

When I was little (ages and ages ago...just a few years after the dinosaurs), Christmas lists contained pleas for toys that were 100% kid-powered. The telephone was the thing that hung on the wall in the kitchen and a game was something with a board and actual, moveable pieces, rather than software that got downloaded onto an electronic device.

Am I longing for the good old days? Not at all. I love my cell phone, and though I was late to the smartphone party, I’m now one of those people who has no idea what she ever did without it. In addition, I’m a Words With Friends addict who spends far too much time on Facebook and Cityville, so it’s fair to say that I recognize the value of virtual entertainment.

But I’m an adult. My brain is built. And the more we learn about brain development -- both the physiology and the timetables -- the more clear it becomes that a steady diet of electronic stimulation is not the road to healthy brain development.

In the early 2000s, Baby Einstein was all the rage. Though there were no explicit claims that the DVDs would make babies smarter, the name said it all. Millions of babies were plunked in front of television sets so they could “learn”… until it became clear that they weren’t, and the company began issuing refunds beyond the usual 60-day customer satisfaction guarantee. Search Baby Einstein DVDs on Amazon today and the offer to trade in the DVD for an Amazon gift card comes up right beside the product information.

Turns out the best way for a baby to learn anything (especially language) is through interaction with a real, live human. Today, if you enter Baby Einstein into the search box on Amazon, the first things that pop up are not the DVDs, but rather, colorful toys. Some are musical, some are manipulative, but none requires a television set.

What do the experts say about babies and television? The American Academy of Pediatrics recommends no television for children two and under. None. Zero. Zip. According to the AAP:

"If 'you are what you eat,'" then the brain is what it experiences, and video entertainment is like mental junk food for babies and toddlers."

The thing is, babies come prewired, as it were, for human interaction. In addition, our flexible brains have two kinds of plasticity -- the kind that’s ready and waiting for typical experiences like learning language, and the kind that’s uniquely impacted by the experiences we have (like learning to ski or play the cello). And if we don’t feed the first kind, the brain suffers. It’s as though it’s waiting for nourishment and we’re starving it. Or, to continue the junk food comparison, we’re feeding it fast food instead of a well-balanced meal.

Okay, so it’s easy enough to influence our infants’ toys of choice; they’re not yet old enough to tell us what they want. But what about older kids? They love all those electronics! One of the best forms of discipline around is removal of video game privileges, right? If we cross all those things off the Christmas list, there won't be anything left! Christmas will be cheaper, but infinitely more disappointing. 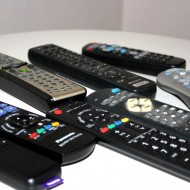 As the parent of a teenager whose phone is practically an extension of her body, I’m in no position to make such a drastic suggestion. And as an instructor of early childhood development? I still wouldn’t make such a drastic suggestion. Not only would that relegate me to Grinch status, it’s also unreasonable and unrealistic. And if I’m not willing to give up my Words With Friends, who am I to rip the video games (metaphorically, of course) out of the hands of kids?

When it comes to choosing Christmas gifts, we simply need to operate from what we already know: too much of anything gets us into a rut. In brain development terms, we want to pave multiple pathways, making sure our kids’ video game capabilities aren’t the only well-traveled road from one brain cell to another.

Just as a well-balanced diet feeds our bodies, a well-balanced play diet feeds the brain. Although the most explosive growth in brain development occurs in the early years, the brain isn’t “finished” until young adulthood. That means the brains of preschoolers are building connections as they play dress-up and try on gender and career roles along with the clothes.

The brains of elementary school kids are building connections as they learn to read, write, ride a bike, and develop a passion for a particular subject. The brains of preteens are building connections as they alternate between prattling on incessantly and offering up monosyllabic replies. And not only are teen brains, awash in hormones, still under construction, boys take longer to finish cooking than girls do.

So, as you pore over those lists full of hope, and perhaps sprinkled with the tiniest bit of greed, assess them as a millionaire assesses a portfolio. Diversify. Here a video game, there some music. Here some books, there some sports equipment. No need to go overboard trying to turn your normal kid into super kid; just make a concerted effort to balance the scales based on your child’s talents and interests.

This Christmas, give them a little imagination. And maybe a coupon for some one-on-one time.

Because nothing counterbalances technology better than human interaction.