Leonie Martin: A Symbol of Hope for the Family 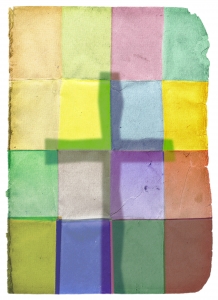 Last week in France the bishop of Bayeux-Lisieux officially opened the cause of beatification of Leonie Martin, St. Therese of Liseux’s older sister. Leonie is the fourth person in the Martin family to be considered for canonization after her youngest sister St. Therese, now a doctor of the Church, and her parents, Blesseds Louis and Zelie Martin.

The third oldest of the five Martin girls, Leonie had a very difficult childhood marked by illness, trouble in school and home, physical abuse by a maid, and the deaths of four siblings and her mother. Despite these trials and later obstacles that almost prevented her from entering cloistered living, Leonie persevered in her vocation to the religious life and in the spiritual life in general, eventually earning a reputation for her sanctity and kindness as a Visitation sister.

Father Laurent Berthout, the bishop of Bayeux-Liseux’s press officer had this to say at the opening of Leonie’s cause:

“For many years, people have entrusted themselves to the prayers of Léonie Martin, coming to her tomb at the Monastery of the Visitation, where she was a nun from 1899 to 1941. These persons witness to graces they have received through her intercession. Léonie Martin lived a simple, hidden, humble life in the shadow of the cloister. She wanted to live the spirituality of St. Francis de Sales, doing ‘all through love, nothing through force’ in the words of St. Francis. She was blessed by the spiritual discovery of her sister, St. Therese, who taught her to live by Love in the most humble and the most everyday actions. Leonie gave witness by her life to the possibility of living it fully, even through her limitations: character, health, trials.”

Leonie is a symbol of hope to all parents that no matter what kinds of trials and heartache plague a family, God can always bring great good out of it. Leonie is a beautiful friend who can pray for us when family circumstances and relationships are bad enough to drive us to despair.

Below is the prayer for Leonie to be declared venerable as translated by Maureen O’Riordan and used with her permission.

You have already intervened with God on our behalf,
and we would  like to be able to pray to you officially,
so that many more might know you.

Come to the aid of parents who risk losing a child,
as you nearly died at a very young age.

Continue to uphold the families
where different generations
have problems living together in peace.

Enlighten youth who question their future
and hesitate to commit.

Show to all the way of prayer
which permits you to bear your limitations
and your difficulties with confidence,
and to give yourself to others.

Lord, if such is your will,
deign to accord us the grace that we ask of you
through the intercession of your servant Léonie, and
inscribe her among the number of the venerable of your Church.

Through Jesus Christ, our Lord.  Amen.

A Testimony of Perseverance: "Léonie Martin, a Difficult Life"
Read
Love Has No Limitations: The Life of Léonie Martin, Sister of the Little Flower
Read
Symbols
Read