Dorothy – At her Kitchen Table! 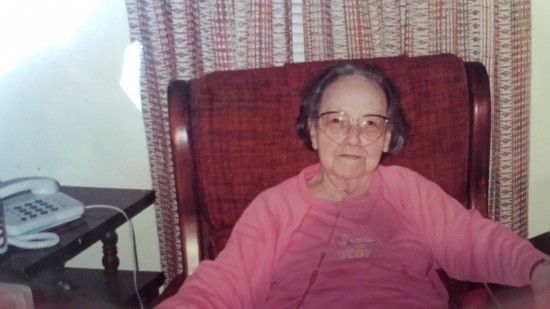 This year as we sat around our Thanksgiving table, I shared stories about Dorothy, my mother. It was fun watching the reaction of my son-in-law and my daughter as they listened to these memories that were such an essential part of my life.

Known by most people in her life as just Dorothy; to me and to all my brothers and sisters, she was larger than life, she was Mom!

In the words of my daughter, Laura, and her husband, Scott, “You need to write about her, Mom; you need to get these stories down on paper for everyone to enjoy!”

So, let me start by describing her. For most of my memory, she was short and round. Although I do own several photos of her as a young woman and she was beautiful then. She lived her childhood during the depression and this helped define a lot of how she coped with hardship. She was raised in a family of 13 children and after marrying my father, she went on to have nine children herself. Her life was filled with many challenges from losing both her parents while in her teens to being the witness to finding her father after he committed suicide. She had to leave school six months before her high school graduation to get a job and help out their large family. Everyone was expected to pitch in. She was influenced by her mother who was a devout Catholic. She too, became a devout Catholic. She always seemed to struggle with having enough money primarily because of being part of a large family. But through all of that, she was a woman of faith. When things were difficult for us she was known to quote, “God will never give us more than we can handle”, and the other chestnut, “and this too shall pass.” She had a delightful sense of humor. My brother Tom could make her laugh and bring her to tears. My brother Mike would tease her to laughter as well. My oldest brother Steve was her confidant.

There was always a pile of folded clothes nearby on her table, which was handy for drying the tears or blowing her nose, when uncontrollable laughter resulted from any one or all her kids. When you entered our home you would find Dorothy sitting at her kitchen table with her rosary nearby and a cup of coffee. It was here that she could be found “holding court” so to speak. She made herself accessible for family, friends, relatives pretty much anyone who needed advice and sometimes even a prayer.

One of the first stories I shared on Thanksgiving occurred during the late 50’s or early 60’s. One of my Aunts had stopped by who was having some financial difficulty. Aunt Millie was crying at my mother’s kitchen table saying how frustrated she was because she was broke and needed a little money. “Can you help me Dorothy?” My mother told her that what little money she had, needed to stretch until the weekend when my Dad would be home from his business trip. “Wait a minute my mother said, I will check the boy’s underwear drawer. My son Michael will likely have some money tucked away in there. I will borrow some from him.” Sure enough underneath the folded underwear was sitting a brown wallet with an ID card signed Michael Mendenhall. In the wallet was several $1 bills. My mother took five out and handed it to my Aunt Millie. This was at a time when $5 would go a long way. “Here you go.” My Aunt Millie was grateful. She handed her back $2. “$3 should be fine. Thank you so much Dorothy.” she said. Mom looked at us standing around the table, “Don’t worry, I’ll pay your brother back after your dad gets paid.” When Mike came home that evening my mother told him about his wallet and giving the money to her sister. My brother said, “I have never owned a brown wallet. Besides, I keep my wallet with me.” She responded, “No, let me show you. It was sitting underneath your underwear. I put it back there this afternoon.” We all followed them to the bedroom and watched as they opened the drawer. As my mother began the search my brother said, “See no wallet.” She tore apart that dresser and Mike was right, there was no wallet.   “Hmm, my mother said with a huge smile. “Well Mike, it looks like I don’t have to pay you back,” she said to him smiling.  She wore that knowing smile for a while after that.

These are the types of stories that I remember observing when I was growing up.

We had a long freezer in our kitchen that took up a great deal of room. When times were better my father and mother liked to fill that freezer. Often times it was not full at all. She asked me one time to go get a loaf of bread out of that freezer. She was planning to make soup and sandwiches for us for dinner. I opened the freezer. “There is no bread” I said. A half hour later she asked again. “Cathy, can you get a loaf of bread out of the freezer?” I checked again. “Mom, the freezer is practically empty, there is no loaf of bread.” About 20 minutes later she got up from her corner at the table and walked over to the freezer and looked inside. She reached in and pulled out a loaf of bread. I remember looking at her with astonishment. “What? I asked. “I swear, that bread wasn’t in there a half hour ago. Where did that come from?” My mother looked at me. Again with that all knowing smile, “Cathy, you need to learn about the power of faith.”

My mother had very few possessions. However, she felt so grateful for the few she owned. Even when I would visit as an adult I would be amazed at the aura that surrounded her with blessings.

I drove her old car the week I was visiting.   On the trip back from the store I was sure her brakes would be going out.  They were squeaking loudly all week. She had a steep driveway and you could hear them every time we went up the driveway. I told her about this problem each time I drove the car. I practically had to push them all the way to the floor to get the brakes to work. I explained how it concerned me. I didn’t want her driving the car until they were checked out. As usual she didn’t have a lot of extra money for a brake job. I offered to cover it for her. I went to the car repair shop and they checked it out. She was patiently sitting by her phone next to her coffee cup and rosary. They called a few hours later. “Dorothy, the brakes are fine. Lots of room left on them. You can pick up your car any time.” We did pick up her car and it was true, all of a sudden they were working fine. “Wow,” I told her. “I’ve been driving this car all week, and I swear these brakes were going out.” She smiled as she often did during times like this. “Maybe they weren’t going out at all, you’re just short. Maybe you couldn’t reach them.” “Very funny, Mom”, I responded. I have no problem reaching them now; they seem to be working fine. They also aren’t squeaking any more. That is just weird.” “No Cathy, God just knows how to take care of me. He always has!”

Whenever she was on the brink of doing something she shouldn’t, she worried she would become a bad influence on her children. One time she received a call from a bill collector. She decided to lie and tell them, “No this isn’t Dorothy Mendenhall. This is her sister, Mildred Ostrom.” They immediately commented, “Oh we need to talk to you as well about a bill.”   The lesson to her, it obviously didn’t pay to lie.

Then, there was the time when my sister and I were sent to the local market a couple of blocks from our house to pick up a box of cereal. My mother suggested we shake the boxes and choose one that may be heavier than another. She obviously thought some boxes had more cereal than others. We did exactly as she asked. After purchasing the heaviest box of corn flakes we could find, we took it home to my mother. The next morning she was pouring it in our cereal bowls when out dropped a small piece of machinery. Disappointed she said, “It looks like we’re back to oatmeal.” That afternoon she was on the phone to the local General Mills plant. When she explained what happened they were thrilled she called. It seems the plant had been shut down for a few days because that item went missing. They sent someone to our home to pick it up. They brought with them two large boxes, 20” by 20” in size, filled with a variety of cereals. My mother felt like she hit the jackpot.
I have worked in insurance for a number of years. Some people would have sued the company. Not my mother. She felt God gave her a blessing because of returning that piece of machinery and getting in exchange several boxes of cereal that would go a long way in feeding breakfast to her kids for a long while. In her eyes, it just didn’t get any better than that! 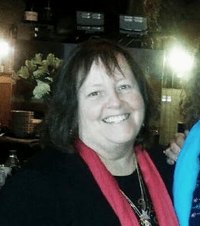 She very much influenced me and my siblings a great deal. I know it was her faith that swayed me. It was her love of God that helped her cope. It was the love she had for her husband and children that is still influencing future generations in my family.

Was the Resurrection Authentic?
Read
What Would You Do if Jesus Came to Visit?
Read
"The best part of Christmas is the first six letters!" Advent/Christmas 2016
Read