Charisms: In Sickness and in Lent 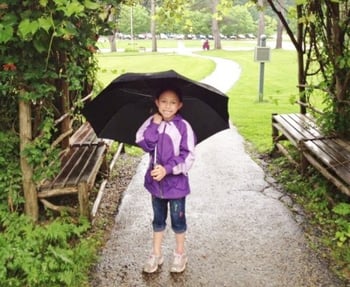 Like many, this small sliver of Ordinary Time before Lent has also been Cold + Flu Season. I was marveling how I had survived last year without a flu-shot and without getting sick. But two-days after a recent routine blood draw at my doctor’s office, I began to have symptoms of what ended up being a long and drawn out week and a half of a severe cold.

There’s nothing like getting sick at a time when you have several other irons in the fire. While I was able to get help with my RCIA group, I still had to teach a class for a catechist who was running late. While I did get two days of bed rest at home at the top of the week, I still had to go out of town at week's end for a two-day workshop on Charisms.

Being sick offers insights into what work is like without you and who is in your life to support you.  It also is a good reminder that we are spirits who happen to inhabit physical (and limited) bodies. My relatively mild brush with mortality (compared to say an outbreak of measles and the wrath of anti-vaxers, or dealing with the Ebola virus), comes at a time when we are getting ready to impose on our heads reminders “that we are ash” and that it is soon to be the Season of Lent: the time to make life changes and believe in the Gospel!

The charism workshop I attended, Called and Gifted, was held on a Friday evening and all day Saturday at a parish 1+ hours away from home. It was designed by the Catherine of Siena Institute. Although this meant spending time away from my family and my work, while still recuperating, it did bring with it a meaningful time to embrace this moment and take a deep look at my own well being.

At the Friday Opening Remarks, I arrived just as the talks began and sat in the very back of a school auditorium. It was stuffy, my head pounded. I was not my usual “conference mode” self. But I did grasp the main theme of the night’s talk: the shift in the understanding of the Laity Post-Vatican II. We were no longer to be seen as passive recipients of God’s grace via sacraments from the Clergy. We were--via our Baptism/Initiation--anointed “priest, prophet and king” imbued with dignity and gifts. Our main duty was not just to show up at church but to use our giftedness to do the work of the church “out there.”

Having gone to a post-Vatican II theology school, this was not news to me. But it seemed to be the “big secret” and the “big wow” for that night’s talk. I secretly wondered if I had wasted my weekend coming out here. I looked around amongst the 300 people gathered and saw a sea of silver and grey-haired folks gathered around tables, but I also noted that I was not the youngest person there. (And I've started to grey as well). So hopefully I wasn’t the only one who felt this way.

Thankfully, although my overall health did not change magically overnight, things were much different the next day. It was bright and sunny. In that new light not everyone looked that grey haired! In fact, (no lie) as the day continued, we all became more luminous and everyone became more alive!

We had taken a 40 minute inventory the night before, which consisted of a series of 120 questions. These answers were tallied up as scores which measured from 0-15 the presence of 24 different charisms. The remainder of Saturday was spent talking about clusters of these charisms and explaining through anecdote, personal history, and church teaching, what these charisms are and are not.

For a full experience of this, it is best to attend a workshop. These workshops are then followed by one on one peer reviews and later by small groups in parish formation. But what I wish to share with you are some simple reflections about charisms and some insight I received from my charism inventory.

Simply put, charisms are “gratuitous gifts” from the Holy Spirit. These are distinct from the 7 Gifts of the Holy Spirit. They are also different than personal skills or talents, though they can certainly be made visible through such things. One of the key identifiers for a charism is that it is not for personal benefit. The gift itself is meant to be expressed outwardly as a means by which God’s grace (i.e. the work of the Holy Spirit) through the Body of Christ (i.e. the building up of the church) is made more clear. So for example, a musician may have great personal skill in music and have that as a profession. Yet, someone with less skill may be better able to move people to experience God more closely through their singing or playing despite not being as adept.

The insight I received at this workshop was not so much about the strengths of charisms within me, but what charisms were weak or improperly understood. The inventory identified me with charisms of Creativity in Writing, Music and Craftsmanship. It also identified strengths in areas of Organization, Pastoring, Mission and Evangelization. All of these correspond highly with my ministerial work in a parish and with the RCIA. That didn’t surprise me, though it was nice to have these confirmed not by my own sense of self but by recognizing it through the effect it had on others who then told me this was so. (It also made me incredibly grateful for being part of this on-line writing community where I get much support and encouragement for creativity that does not always take place in my everyday working life.)

I had areas of lack in healing and prayer. Again, one must understand that there are specific meanings to these words. The charism of healing does not mean “I am praying for you to feel some measure of God’s mercy and comfort.” It means, “I am praying that God heal you of X” and later someone reports to me that in fact, because of your prayer, “I have experienced this healing.” I don’t have very many memories of anyone saying my prayers helped, let alone actually healed. With the exception of my presence at funerals, I was demonstrably weak in those areas. And yet, more to the point, I realized that I myself had never much prayed with that sort of confidence or expectation.

Similarly, with the charism of Discernment (of Spirits), I tacitly acknowledge their presence and in fact have a highly developed sense of the abstract and unseen forces. But I do not easily communicate to them in as explicitly simple a way as someone who truly operates on that level. And yet these “gaps” in my gifts go to the heart of our faith. Ironically, or perhaps quite sensibly, I have a very strong charism of Faith, seen simply as radical trust in God. In other words, I radically believe in God's power, but I’m also just really bad at praying or discerning spirits with equal zeal.

It is like Martha speaking to Jesus when he arrives at Lazarus’ tomb, “I know if you had been here, my brother would not have died. Even now, I know that you can save him.” And at the same time the reality of the crowd’s reaction when Jesus says, “Roll away the stone!” (Ugh...it's been 3 days. He will stink!)

I am also reminded of an anecdote Joe Paprocki, DMin. uses in his book A Well Built Faith. A small farm town has been experiencing a drought. The people gather together one Sunday to pray for rain, but only one girl thinks to bring an umbrella. Point: You better be prepared for what you believe to come true.

As we approach Lent, that is the heart of its task for me, for my catechumens/Elect in the RCIA, and for all believers.

Lord, we are marked by the Cross in which even Death is placed under your power!
What I need to do is to be ALIVE this Lent, not merely a person hobbled by Lenten penitentials
But as an Easter Person who brings my gaps in Your Gifts to You
In Your Presence, Your Sacrifice, Your Triumph!
I Believe!
For You take up this human form,
Bruised, Beaten, Bereft
Ad Majorem Gloriam Dei!