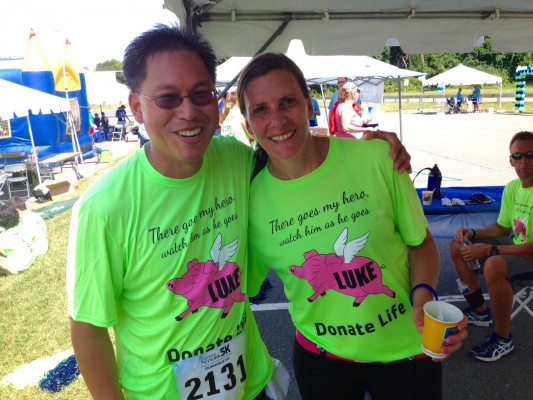 Readers of this website know that Lisa Hendey and Sarah Reinhard recently launched the Catholic Mom’s Prayer Companion book. I am one of the many contributors and I am deeply honored to have been part of this endeavor.

A few weeks ago I gave away my first copy. I had set aside one for my own mom, whose wedding anniversary was on August 7th and for whom (along with my father) I wrote the reflection for that date. But the first copy didn’t go to them.

Two weeks after my parents' 51st Anniversary, I found myself in the nearby town of Lincroft, NJ. I came up to run in a 5K race across the street from my old high school. The race was part of NJ Sharing Network's Annual 5K Celebration of Life, which raises funds and awareness for organ donations. It honors those who gave their lives as donors so that in their dying they could give the gift of life.

Luke Bautista was 15 years old when he passed away. As his father Chris would say, how he died isn’t so much the point. As tragic and unbelievable as the accident was, what he wanted people to remember was the type of person people knew Luke to be. He was someone who always really wanted to know, “Are you OK?” And he really went out of his way to make sure that his whimsical and creative way of looking at the world left you smiling too.

I didn’t really know Luke, but I knew what growing up and being 15 years old by the Jersey Shore was like. I was 15 once too and this is exactly where I grew up. Although I didn’t know him, I knew his mom, Carla. We went to Catholic grade school together.

She was the proverbial captain of the basketball team, and although I was class president, I hardly thought of myself as popular or part of that "in-group." Nevertheless, I remember that she was nice to me. Like her son, she seemed genuinely interested if I was OK. Back then (and perhaps now still) I was the only Asian male growing up in a Jersey Shore town that was so very not. And while I wouldn’t say people were racist, it didn’t make fitting in the easiest thing to do.

I look back now at the kindness I was shown during those years in grade school with Carla and later in life with other people in high school and elsewhere. I could have easily turned into one of those troubled and disturbed kids that acted out. Perhaps (I would hope) not in such drastic ways as Columbine or those who turn to gangs, drugs, or other destructive measures because they didn’t fit in. But it was because certain people just happened to be nice enough in a place and time when few others asked "Are you OK?" that it made the difference to me.

I am so glad Facebook exists because I would not have made a connection back to Carla albeit at such a difficult time. I also wouldn't have gotten to know something more about Luke. I got to see bits and pieces of how happy he was and to still see the crazy things he has inspired others to do and care about. 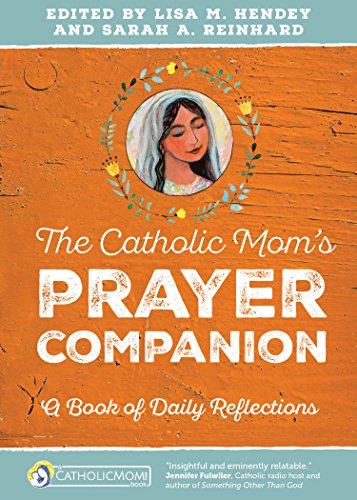 So I gave my first copy of our new book to Carla who I had not seen since I was 15 myself. As I recall, I walked her home from church. That's something that so rarely happens for me now, partly because I have few friends from back in the day who are still Catholic.

Back in the day, because I didn’t think Carla and I were part of the same groups I used to call her “Mom” as a term of endearment. When I saw her at the race, it was obvious that we had outgrown that time period like we had outgrown our catholic school uniforms. But I am glad that I was part of the group that shared this particular moment together to "pay respects." But more importantly to do what we Catholics do in the face of death.

[Tweet "I know what it's like to lose a child, what they leave behind and where they lead us @TribePlatypus"]

I know what it’s like to lose a child. I also know something about what their lives leave behind for us and where they lead us longingly. We Catholics know and believe in something that Luke and my son Joshua know far better than we do now.

My son died before I ever got to hear him cry. I’d like to think Luke is with him now making him laugh. I am glad they are both OK.

Reflection and Prayer
Sometimes our children are our best lessons
for our own pasts that they teach us in their futures.
Dear Lord, only you know where our paths lead.
As we journey to you, may everyone we meet be a blessing.