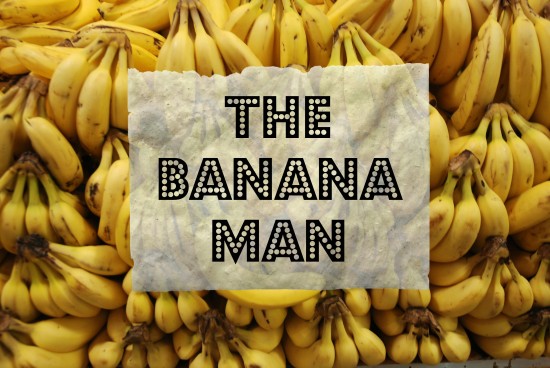 My five-year-old daughter and I get to have a weekly one-on-one date to do our grocery shopping while our 3-year-old is at preschool and my husband is home with our napping baby.  It has become our fun weekly girl time.  I love our weekly grocery runs because I know they won’t be possible for much longer.  My not-so-little 5-year-old will be gone all day everyday next year at kindergarten.  Gotta soak it in.

When we started our weekly girl time at the grocery store, I thought Jane would benefit from the one-on-one time that she doesn’t usually get at home with her brothers.  I knew I’d enjoy it, too, but I’m learning that I’m the one being transformed.  Want to know how a beautiful soul views the world?  Push them around in a basket that faces you for a few hours once a week.

For better or worse, none of our children have ever struggled with stranger danger.  When Jane sees someone wearing something interesting or doing something she’d like to learn more about, she just asks.  This has lead to many an uncomfortable conversation!  So, when Jane saw the Banana Man stacking produce, she did what she always does.

Jane and I had seen the Banana Man a few times during our weekly trips, but we had always managed to be on the other side of the produce section from him.  That morning, he was stocking the vegetables we needed, and I pulled my cart a few feet away from him.  I smiled and said good morning.  While I scanned our grocery list and bagged up the produce we needed, Jane smiled at the Banana Man and said hi.

“Why are you wearing those funny bananas?”  She pointed to the two small, plush bananas with human features on them.  He wore one on his belt loop and the other hung from his baseball cap.

The Banana Man grabbed the one that dangled from his hat and said, “A little girl who was about your age gave this one to me a long time ago.  She called me the Banana Man and thought that I needed a banana.  She gave me this one,” squeezing the one hanging from his belt loop, “when the first one stopped squeaking three years later.”  He spoke slowly and had a significant speech impediment, but he was thrilled to share his story with Jane.

“Wow,” I said.  “Jane, a little girl just like you gave him those bananas.  Wasn’t that nice?”

The Banana Man resumed his story.  “That’s how I became the Banana Man.  Kids always see me and laugh when I squeak these bananas for them.  I like how they recognize me, and I squeak the bananas to make them laugh.  I think it embarrasses my wife that she’s married to the Banana Man, but I like it.”

“Well,” I said, “It’s definitely effective because she,” pointing to Jane, “has been calling you the Banana Man for weeks and has been wanting to know all about them.”

“Thanks for telling me that.  That made my day!”

“Well,” I said, “Thanks for sharing your story, Mr. Banana Man.  We hope you have a great day!  I’m sure we’ll see you next time.”

“Thanks, you too!”  He smiled at Jane and squeaked the banana to make her giggle again.

When we saw him again the next time across the produce section, Jane shouted, “Hi, Banana Man!”  He got a big gleam in his eye, smiled at Jane, and squeaked the banana for her.  When we came over to get some produce near where he was working, I said, “Good morning, Mr. Banana Man!  How’s it going?”

“Great!  I love that she recognizes me and that I can make people laugh.”

“Mr. Banana Man, you’ve made quite the impression!  On the way here, she asked me, ‘Do you think we’ll get to see the Banana Man?'”

“That’s great,” he smiled.  He was quiet for a moment, and I could tell that he was getting emotional.  I didn’t want him to be embarrassed, so I smiled and kept getting our groceries.  He stopped stocking the cilantro.  “You know,” he said, “I was in the Air Force and there was an accident.”  He pointed to his head.  “I couldn’t keep serving, so it was tough to find a job.  I worked at Safeway for awhile, and I’ve been here for a long time.  When that little girl gave me this banana about twenty years ago,” pointing to the well-loved squeaker on his hat, “it made me realize I could make a difference.  It’s not what I thought my life would be, but I’m glad I can make people happy.”

He smiled, “Well, thank you.  I’m happy being the Banana Man.”

“It’s nice to meet you, John,” I extended my hand.  “Thank you for your service, and thank you for being the highlight of our weekly trip to the grocery store.”

“Off to get the rest of our groceries.  Have a great week!  See you next time, John!”

He smiled and squeaked the banana for Jane.

When I pushed the cart around the corner, I watched Jane beam at the Banana Man.  I thought, “This is exactly what Pope Francis meant when he told us to give up indifference for Lent.”  For the Banana Man, Jane’s smile and excited hello was an “island of mercy in the midst of the sea of indifference.”  It was obvious that John hadn’t shared his story with many people and that most customers probably ignore him.  Jane had no idea what an effect she had on him.  She just thought he looked friendly and wanted to know about his silly squeaking bananas.  That’s all.

I thought Jane was the one who would benefit from the one-on-one grocery trips.  I was the one who was benefitting.  That little girl’s big heart is teaching her  mama’s how to grow for others.  Sometimes, being an island of mercy is as simple as offering a smile and a hello.

“Let the little children come to me; do not stop them; for it is to such as these that the kingdom of God belongs.”

How are you acting as an island of mercy for the people you meet each day?