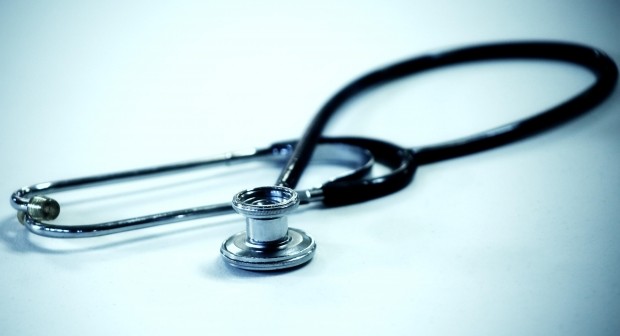 In the Catholic tradition, each person is a unity of body and soul. We are ensouled bodies. The soul gives life to the body; therefore, as long as the human body is alive, it has a soul and a person is present. As persons, we are intrinsically valuable since we have been created to know, love, and serve God. This is why ending a person’s life is wrong even if the individual has been determined to not have a “good” quality of life.

The legalization of physician-assisted suicide and euthanasia impacts the delivery of palliative care. For this reason, it is important for Catholics to understand end-of-life issues including the provision of palliative care measures. This subject is very broad and among faithful Catholics there is some confusion regarding what measures are acceptable.

In my experience as a registered nurse, the concerns patients and their families express the most are in the areas of pain management, hydration, nutrition, extraordinary and ordinary measures. This article will clarify these topics from a Catholic moral perspective.

What is palliative care?

The World Health Organization defines palliative care as “an approach that improves the quality of life of patients and their families facing the problems associated with life-threatening illness, through the prevention and relief of suffering by means of early identification and impeccable assessment and treatment of pain and other problems, physical, psychosocial and spiritual.” The intention of palliative care is neither to hasten nor delay death and acknowledges that dying is a normal process.

The Catechism of the Catholic Church (2276) affirms that “those whose lives are diminished or weakened deserve special respect.” As such, the Catechism views palliative care as a “special form of disinterested charity [that] should be encouraged” (2279).

“They gave him morphine and he died.”

When patients and their families are faced with a terminal illness such as cancer or other progressive, non-malignant conditions, pain management is paramount. Pain is subjective; each person’s experience is unique. Moreover, physical pain can cause depression, anxiety, and may negatively affect relationships.

A patient in the final stages of cancer was unable to communicate the severity of her pain. Her daughters disagreed with the dose of morphine we were administering continuously through an intravenous infusion. One daughter requested that I increase the dose because she was concerned about her mother’s comfort. The other daughter wanted the morphine discontinued as she feared it was killing her mother. Despite explaining the principle of pain management to them, the daughters could not agree with the course of action. An argument ensued with both daughters yelling and punching each other and they were escorted off the unit by hospital security.

This example highlights the misconceptions related to pain management. Many people believe that pain medication will cause death and they are upset when their loved one is given a very high dose to alleviate pain. The most common pain medication used in managing terminal illness is the opioid analgesic morphine. Analgesics similar to morphine include hydromorphone and oxycodone. Other opioid analgesics include fentanyl and methadone. With high doses of opioids and other analgesics, one of the main concerns is the negative effect on the patient’s breathing: respiratory depression. However, severe pain overrides the potential of opioids to depress the patient’s respirations. Pain receptors take up the drug first and the body quickly builds up a resistance to the side effect of respiratory suppression. Medical staff can distinguish between respiratory depression related to the use of opioids and the irregular, shallow breathing present at the end stage of life. The maximum amount of pain medication at the end stage of a terminal illness is the amount that will alleviate pain.

Psychological and spiritual pain are just as complex and must be equally addressed. Counselling, spiritual direction, and medication work together to assuage the distress of the patient and the family.

Catholic moral teaching accepts that although pain management can relieve physical suffering, it can also result in the patient’s loss of consciousness. If unconsciousness or a shortened life is not the intention of the pain medication, administering high doses is morally permissible.

Venerable Pope Pius XII was the first Pontiff to justify the use of pain medication in the terminally ill, even if the person’s life may be shortened as a result. In Evangelium Vitae, Pope St. John Paul II reiterated: “In such a case (use of painkillers and sedatives), death is not willed or sought, even though for reasonable motives one runs the risk of it: there is simply a desire to ease pain effectively by using the analgesics which medicine provides” (65).

The Principle of Double Effect

Very rarely, pain relief and sedation hasten death. This is not the same as active or passive euthanasia. Catholic moral teaching accepts that sometimes in the pursuit of a good effect, a bad effect occurs.

In applying this principle, four criteria must be met. First, the act must have a good intent. Second, the good effect cannot be attained through a bad effect; for instance, you can’t kill a person just so they will no longer suffer. Third, the bad effect must not be intended. Fourth, serious reason must exist to pursue the good effect even at the risk of a bad effect.

“Why did they stop giving her food and water?”

Since nutrition and hydration are basic human needs, we often feel an overwhelming desire to give our dying loved ones food and water. However, when death is imminent, food and water are unnecessary and may even add to the person’s suffering. Fluid that cannot be eliminated because the body is physiologically unable is likely to pool in the lungs and other parts of the body. This leads to undue pain and discomfort.

At the end stage of life, the urinary system becomes dysfunctional. As a result, the patient may experience bladder and/or loin pain, urinary tract infections, incontinence or urinary retention, fever, agitation, confusion, and decreased urinary output that is darkly coloured.

Also in the final days of life, the palliative patient is unable to clear respiratory secretions because fluid pools in the hypopharynx. The result is noisy, moist breathing commonly known as the death rattle. As well, there can be a build-up of fluid in the lungs making breathing more difficult.

If the patient is conscious, he has very little, if any, interest in food. Often the patient requires little or no food or fluid intake for days. As his body continues to shut down, he has no further need for nutrients.

What is the difference between ordinary and extraordinary care?

A treatment that provides relief and gives comfort from pain and other symptoms and addresses the psychological well-being of the patient is deemed ordinary or proportionate. It is obligatory. On the other hand, if a medical treatment is physically painful, unlikely to be successful, is experimental, has severe side effects, causes a financial burden, or is psychologically difficult, it is deemed extraordinary and there is no moral obligation to accept it.

Catholic moral teaching holds that the benefits of medical treatment must be weighed against its burdens. While the Church upholds that all life is sacred and must be protected, patients and their families are not obligated to undergo treatments where the burden outweighs the benefit.

When my father was dying, his bloodwork indicated hemolysis or the rapid breakdown of red blood cells. The physician ordered a blood transfusion to increase his red blood cells. The treatment proved ineffective and large doses of potent diuretics had to be administered to eliminate the excess fluids that added to his discomfort. The physician sincerely wanted to provide the best care for my father but in this case, the blood transfusion was an extraordinary, unnecessary measure.

The future of palliative care

It is the personal responsibility of the Catholic faithful to be aware of what the Church teaches on end-of-life care. It is equally important that we continue to demand from our governments and medical institutions quality palliative care that is easily accessible to all.

A statement issued by the Canadian Conference of Catholic Bishops in response to the Parliamentary Committee on Palliative and Compassionate Care bears repeating: “Palliative and compassionate care is an essential priority. It respects the dignity of all people, and responds to all dimensions of their humanity, including the spiritual. Furthermore, it responds to the most basic hopes and concerns of all humanity—that each dying person be assured of compassion, comfort, support, and a human presence in ways that truly respect and protect the dignity and beauty of human life.”