The Joanna Stafford Series: The Crown by Nancy Bilyeau

Sixteenth-century England. Who can you trust? Sister Joanna Stafford is as determined as Indiana Jones seeking the Holy Grail. Her spirituality endures though trials as she sets out to save her father and the monastery she loves. 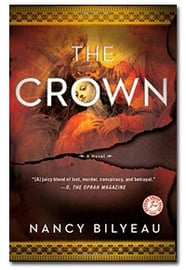 The Crown: first of the Joanna Stafford Series

After I read The Crown (which won the Best Historical Mystery Award in 2013) I watched the PBS television series Wolf Hall. I'm glad I did. With the first of Nancy Bilyeau's acclaimed books as a Catholic guide, along with Robert Bolt's A Man for All Seasons, I was able to sort out the myopic elements in Wolf Hall. Catholicism in Wolf Hall is seen through the eyes of Thomas Cromwell. He is infamous for beginning the destruction of monasteries and religious communities in England. Henry XVIII got needed loot for England's coffers; Cromwell was able to forward his agenda for a more Protestant England. The Crown, first in a series by Bilyeau, is an inside view of this time of historic upheaval though the eyes of a Dominican novice. She wears a medal of Thomas á Becket and knows of Thomas More's allegiance to the Church, "I die the good King's servant, but God's first." This quote, one of my favorites, was left out of Wolf Hall. 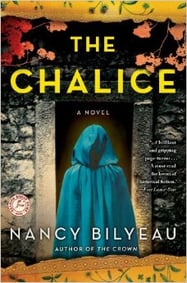 Well-written historical fiction from a Catholic perspective is hard to come by. The Oprah Winfrey magazine lauded The Crown as a suspenseful novel weaving in historical detail with a juicy blend of conspiracy, lust, betrayal, and murder. Add virtue to this list. I was hooked by the first chapter. Each time I picked it up I knew how hard it would be to put down. The Crown contains intriguing mysteries, harrowing escapes, devastating loss, the beauty of forgiveness, religious women and men striving to be holy in a time of great confusion and mistrust. "For secrets this deadly a nation's throne will run with blood," is the book's byline. The secret surrounds a hidden crown. Why is it so important to the Bishop, Cromwell, the King? Will it be found? Who will find it first? If so, what will happen when it is found? Okay, I can't give away spoilers.

Historical background is painted in crisp prose. Bilyeau has a knack for getting you into the scene. I felt the muddy streets, the rocking carts, and the walls of the convent. At times I even made up a music track to go with the events (I hope a movie is in the works.) As a religious, I related to the historical setting of the convent as it would have been in the 16th century. The descriptions of convent life highlighted the amount of research needed for this work. Nothing was off-putting for me, as can happen when a writer doesn't have a clue about nuns. For their work, the sisters weave tapestries (you see the importance of tapestries in Wolf Hall). These also hide secrets. While the story progresses, we find out what happened to set off these events in history. To learn more about the remains of the actual priory the Catholic nuns lived in, go here. In the series each prime player is introduced. Though you read about these characters in history books, now you meet them again for the first time in the company of Sister Joanna. Some lose sight of who they are in this novel. Sister Joanna begins to find who she truly is. 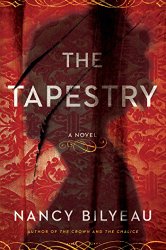 Besides reading Bilyeau’s books for personal enrichment, I recommend all three titles for reading groups. Reading guides are in the back of each book, The Crown, The Chalice, and The Tapestry. I confess, at the time of this review I just began the second book. It would be unfair to make you wait until I finish the series before I recommended it.

Visit the author at her website www.nancybilyeau.com. More reviews of her books are found on Goodreads. Watch for a guest post from Nancy Bilyeau on CatholicMom.com soon.

Support the work we do at CatholicMom.com by purchasing this book through our affiliate link! You pay nothing extra!