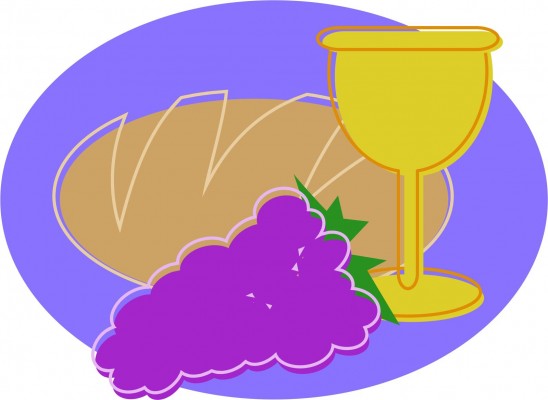 I looked down at the half loaf of French bread that had just been handed to me. The Evangelical pastor had called it the body of Christ. It was the night before elections and a dozen comrades in the battle to pass a prolife measure were gathered to socialize and pray together.

Half of us were Catholic. The couple hosting the gathering had invited their pastor to have communion. The day before, a friend told me there would be communion, but since I arrived late, my hope was that it was already done. But now, I stood in the circle with French bread in my hand, wondering what to do. Two people had already grabbed a chunk and it was my turn. I was the first Catholic in line. I pulled off a piece and held it.

I knew why non-Catholics could not receive the Eucharist at a Catholic Church, but what about the reverse? I was never in that situation before. No one thought it was really the Body of Christ, so was it okay for me to eat some French bread among friends, to remember the Last Supper?

My friend grabbed a chunk while the others simply passed it on. When everyone was told to go ahead and eat it, I slipped mine into my pocket. Some lucky squirrel could enjoy it later. My friend just squished her piece in her hand so it could disappear easily onto a snack plate.

Now the pastor turned to the little plastic cups; some with grape juice and some with wine. (Moments earlier when I saw them on the counter, I thought we were going to do shots in honor of all our hard work.) No way could I slip a cup into my pocket. “I have to pass,” I said when someone offered me one. The other Catholics did the same.

I was happy to pray with my Christian brethren. We were treated to some inspired prayer and camaraderie. The non-Catholics in the group must have wondered what was up with the Catholics not partaking in communion. The fact that two of us took some bread probably confused them even more. I left the house at the same time my friend did. We talked outside a bit about our uncertainty about the communion. Then, we got into our separate cars to return home.

“Participating in Holy Communion without belonging to the Church is like having sex outside of marriage,” the voice of Fr. Larry Richards reverberated from my car stereo. It was turned on to EWTN Catholic radio. “The word ‘communion’ is from community,” he said. “It means that you agree with the teachings of that church. You can’t take part in communion if you are not a member of the community.”

I called my friend. “Hey, did you have Catholic radio on?” We laughed. God’s timing, no doubt.

Communion among our separated brethren is presented as either symbolic or in memory of the Last Supper, rejecting Catholic teaching that that the bread and wine are transformed into the body and blood of Christ. In effect, they are correct because Apostolic Succession—priests descended in an unbroken line from the original apostles—is necessary to consecrate the bread and wine into the body and blood of Jesus Christ.

All four Gospels and 1 Corinthians retells the Last Supper and reiterates that Jesus said to “Do this in memory of me.” St. Paul warned the Corinthians against receiving the Eucharist unworthily in 1 Cor. 11:27-29. Would eating a piece of bread bear such serious consequences?

Jesus was very clear when he said, “I am the living bread that came down from heaven; whoever eats this bread will live forever; and the bread that I will give is my flesh for the life of the world” (John 6: 51). He reiterated that the food he speaks of is his own flesh and blood. In John 6:66 the followers that could not accept such a hard and confusing teaching from Jesus left him. “From this time many of his disciples turned back and no longer followed him.”

Working alongside other Christians in the fight to defend life is a true blessing. We share a great unity in our love for God and the unborn. I pray that one day, we will be fully united in Christ.

Does Jesus Want Us Out of the Church?
Read
Guard Your Mouth for a Happier Marriage
Read
Marriage: No Room for Imposters
Read