Does Jesus Want Us Out of the Church? 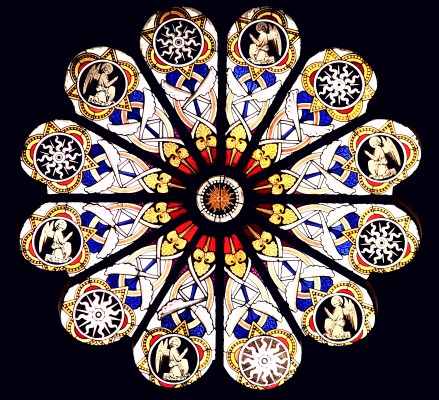 I recently read a news story praising a literary agency that represents “top progressive Christian authors.” It stated that many of the authors have been influenced by Phyllis Tickle, who penned The Great Emergence: How Christianity is Changing and Why. Such a book smacks of the differences between Protestants and Catholics. Whereas they talk about changing, Catholics talk about a “New Springtime” and “The New Evangelization.” We want to renew and reinvigorate, not to redo.

Martin Luther started the “do-your-own-thing” momentum by redefining and reinterpreting. Today we have people like Jim Palmer with books such as Divine Nobodies: Shedding Religion to Find God. The premise is that God works through common people and not exclusively through ordained church leaders. It promotes the message that leadership often comes from the bottom and not the top.

Palmer did a second book, Wide Open Spaces: Beyond Paint-by-Number Christianity, expanding on the idea that people need to get out of the confines of established religion. Does that sound liberating? Liberation from what? Who established the established religion? Jesus did. He began with his apostles and gave the Keys to the Kingdom to Peter. Jesus told them that whatever they held bound would be held bound and whatever they loosed would be loosed. He also told them, “He who listens to you listens to me; he who rejects you rejects me; but he who rejects me rejects him who sent me. (Luke 10:16). That authority continues today through the unbroken line of apostolic succession found in the Catholic Church.

Protestantism began varying the original established religion and the dominoes just keep falling. Once, it was a matter of morphing Catholic teachings into other variations of established churches based on Christianity. The trend now is to discard the establishment. This is not surprising when people think they can interpret Scripture on their own. They are overlooking that even Scripture says they cannot do that.

“Above all, you must understand that no prophecy of Scripture came about by the prophet’s own interpretation of things. For prophecy never had its origin in the human will, but prophets, though human, spoke from God as the Holy Spirit carried them along.“ (2 Peter 1:20-21).

Unfortunately, many Catholics do not make a habit of reading the Bible enough on their own, but we when we do read it, we know that it is not up for our own personal interpretation.

“In which are certain things hard to be understood, which the unlearned and unstable wrest, as they do also the other scriptures, to their own destruction.” —2 Peter 3:1

“If I am delayed, you will know how people ought to conduct themselves in God's household, which is the church of the living God, the pillar and foundation of the truth.” (1 Timothy 3:15).

It was the bishops of the Catholic Church, under the guidance of the Holy Spirit that sorted out the canon of Sacred Scripture. Jesus promised to keep his Church free from error—the gates of hell would not prevail—so we can trust the Church on so important a matter as compiling the Bible.

The Bible as we know it today came out of the Catholic Church around the end of the fourth century. In 1500, Martin Luther threw out 7 of the books of the Old Testament that the Catholic Church had identified as inspired writings. Martin Luther rejected them because he believed the original writings were only available in the Greek language. Later archeological findings and analysis of the Dead Sea scrolls (Qumran) in 1947 revealed that several deuterocanonical books were originally composed in Hebrew or Aramaic. This is significant since that was the reason that the Protestant reformers of the 16th century made their Bible 7 books lighter.

Palmer says he is especially interested in Christians who “have an interest in Jesus but not Christianity as it has been presented.“ His followers, according to him, are more interested in the ‘here life’ than the afterlife.” Palmer claims it is possible to be deeply Christian without a traditional church, because according to him, “Life is the religion. Life is the church.” Except, not.

Jesus never told anyone to do his or her own thing. He established a Church. He would like us to be in it.

Want to Start an Argument? Just Say “Yoga”
Read
Mom Evangelization
Read
When Communion is Like Sex Outside of Marriage
Read