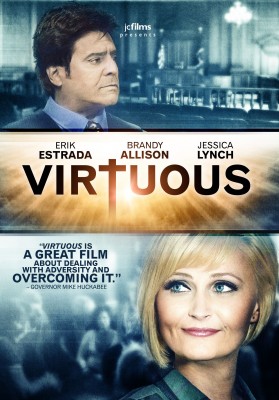 A young woman is accused of murdering a man who assaulted her. She has a past which makes her seem guilty, so she finds attorney Jack Evans (Erik Estrada), to prove her innocence. The prosecutor turns out to be corrupt and he brings her to a trial where she cannot escape her sinful past.

The film is based on Proverbs 31, which describes the virtuous woman who exhibits principles of faith, integrity, wisdom and honor. Simone proves herself to be a changed woman, and with God's strength she endures the trial against her good character. Her true friends have faith in her and are with her the entire journey. In the end, love and faith win over the corrupt and evil.

In the beginning, there are characters with different stories which are not connected. As the movie progresses, the ties between them are revealed and the plot line seems less awkward. There is violence, war scenes, mentions of rape, and other mature subjects. This movie is more aimed at teenagers and adults. Erik Estrada's role keeps this film interesting and together just as one might be tempted to step away.

It was a little confusing, but enjoyable. It brings up more adult topics that may be of interest when it comes to conversations with your teens. The purpose of the movie was to prove God's love and the role of a virtuous woman.

How do you measure up to Proverbs 31?