The Year of Mercy Begins with Forgiveness 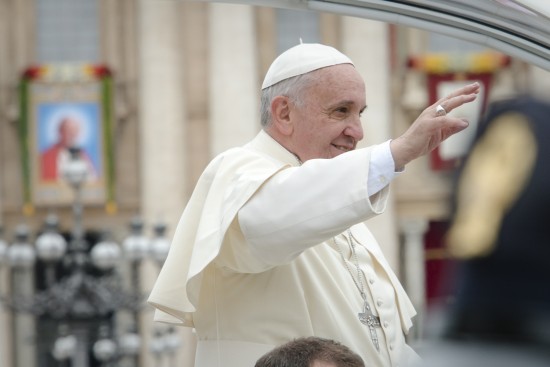 Pope Francis is capturing the media’s attention with his visit to Cuba and the United States this week. So, a young woman currently working as a journalist in New York City, who is part of Columbia University’s M.S. program, interviewed me over the phone on Monday about Pope Francis’ announcement regarding abortion forgiveness for women.

My positive reaction to the pope’s decision shocked this journalist at first. It seems almost everyone she has interviewed so far were, to use her words, “judgmental” and against Pope Francis’s  decision. Then, it was my turn to be shocked. In my opinion, what could be more fitting than to open the Jubilee Year of Mercy 2016 by welcoming women who have suffered an abortion back into full communion with the Church?

Who were these practicing Catholics she interviewed who refuse to extend  forgiveness to women who are burdened with guilt after having an abortion? Have they never sinned? Are they so perfect they fall into the trap of demanding only the pure be part of their Church club? How can a Christian not be willing to forgive an act of abortion, especially when the sinner is contrite, coming to confession seeking reconciliation?

When we begin the inner spiritual journey to encounter Christ in a deeper way, we discover our own sinfulness. On the other hand, if we live on the surface, we can be blind to the reality or our own inner, sinful nature. We can easily slip into pride, intolerant of others who are weak. Conversely, the pope is acting and speaking as a compassionate pastor and confessor who understands the terrible circumstances which drive young women to seek an abortion as well as the awful guilt which burdens them afterward.

In the New Testament, Pharisees acted as if they were perfect because they thought they followed the letter of the law. New Testament Christians realized they could not purify themselves. It then followed that circumcised Jews, who had been given the law, were no better than uncircumcised Gentiles because all were sinners, all needed to be saved. St. Paul’s letters stressed over and over again, mankind needed Jesus to die on the cross for their sins and rise again in new life so all men and women might rise with Christ to live a new life in God. Today, just like St. Paul,  Pope Francis reminds us this powerful forgiveness is for all, not just the good Catholics.

Only the humble can accept forgiveness and the Love of God, then love and forgive others.

In his new book, Walking with Jesus: A Way Forward for the Church, published by Loyola Press, Pope Francis sees faith as a journey which emphasizes the mercy and love of God for all, especially the poor, the marginalized and the sinner. The pope quite rightly states:

No one is excluded from life’s hope, from God’s love.

The challenge for us as the faithful is not only to forgive and love others but to allow ourselves to be forgiven and loved. When we act like a pharisee, as if we are perfect, we demand perfection from others. When we act like Christ, we allow His mercy to flow through us. This is why Pope Francis has offered forgiveness to women who have had an abortion through any priest when they come with contrite hearts, desperately desiring full communion with the Church.

My only conclusion is those who refuse to forgive women who have had an abortion do not know their own desperate need for mercy. May God have mercy on us all.

A Feminine Style of Holiness
Read
Weakness and Suffering: The School of Life For Our Children
Read
Becoming Like Children
Read