“Amen, I say to you, unless you turn and become like children, you will not enter the kingdom of heaven.” 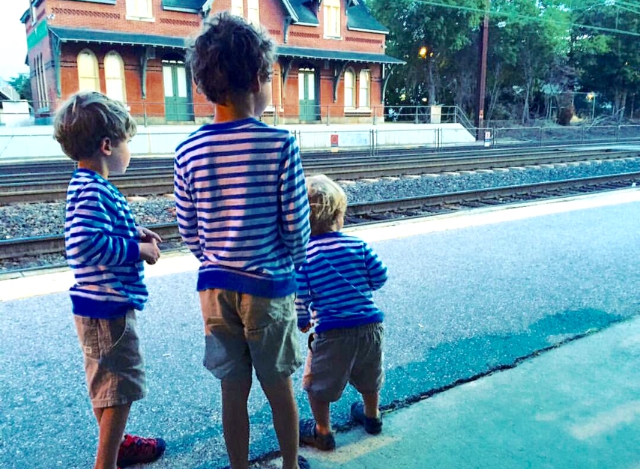 I have noted with some interest this week that several of the daily Mass readings—on the heels of Pope Francis’ visit to the United States—have been about becoming like children. A defining feature of children is that they trust their parents, trust that is also meant to be a delineating mark of Catholics in regard to the Pope. Yet, while many “faithful” Catholics spent the week picking apart Pope Francis’ messages—looking for a blunder, for something with which they disagreed—it seems that his messages managed to touch and transform the hearts of many who supposedly do “not follow us,” which God-incidentally, was the Gospel for Sunday’s Mass in Philadelphia (Mark 9:38-43).

I sat glued to the television watching the Pope make his way from the White House to Ground Zero, to the United Nations, and through the City of Brotherly Love. I was struck by the fact that the secular news media, typically known for their full frontal attack on the Catholic Church, gave non-stop coverage to a man who one mystified reporter laughingly stated was “not a rock star coming with pomp and pageantry,” but the Bishop of Rome, of all people. Furthermore, the personal reaction that secular news reporters had to the successor of St. Peter was nothing short of stunning.

“Here he comes! Here he comes!” a CNN reporter squealed gleefully as the Pope’s motorcade approached, unable to hide her excitement. “The crowd is electric as the shadow of Peter passes by!” she said breathlessly as the Pope’s motorcade passed the CNN platform. She then went on to share that she had left the Catholic Church in dismay over the sexual abuse scandals, but that the love she’s felt from Pope Francis has reignited her faith, bringing her back to the Church. “He passed right by our CNN platform out there and I can’t tell you what I felt. I didn’t expect it. It was the presence of holiness and goodness…Pope Francis is speaking a message that is hungrily received by a world that is desperate to hear good news.”

That message is the unconditional love and mercy of God for every single one of us; a communiqué that is a balm to the ears of so many who are beaten down and exhausted by the amount of hatred, rancor and division in this world.

My husband, Mark, and I watched the coverage in stunned silence, smiling broadly over the childlike exuberance repeatedly displayed by secular news reporters on both CNN and MSNBC. It was real. Their hearts were touched by Pope Francis’ love. So much so that New York Times reporter David Brooks said Sunday morning on NBC’s Meet the Press:

"the big effect of this week is not what (the Pope) says on global warming. It's that hundreds of thousands of people will have their hearts opened by his presence. And (for) some percentage, their life will be utterly altered by this week. Today in Philadelphia, there'll be tens of thousands of people whose souls are just exploding. And they will look back on this moment as the moment their life changed."

His words resonated with what broadcast journalist Maria Shriver wrote in her blog on Monday, the day after the Pope departed:

"Francis has had a dramatic impact on my life this past week. It’s almost hard to put into words…No, I didn’t get to interview him. I didn’t even get to meet him, but it didn’t actually matter because his words met my heart and ignited my spirit. I felt them deep in my soul. Every sermon, every speech moved me further, moved me deeper. Some I’ve read and reread 10 times."

She then proceeded to describe how, since Pope Francis arrived in the United States, she has taken “an internal inventory of everything in her life, reassessing power, success, joy, money…I’m going forward differently because of him.”

All of this has led me to ask myself: have I been as open as those who don’t claim to adhere to everything the Church teaches, yet whose hearts were accessible enough to listen, to trust, and to learn from what Pope Francis had to say? Am I willing to turn, to change, to let the Pope’s visit make a difference in my life? Will I, like Pope Francis, approach others with love, mercy and kindness—which will surely win more souls for Christ than any good dose of scolding about the doctrines of the Catholic Church ever could?

I must admit that on day one of his visit, I wanted the Pope to read our President the riot act. Instead, he simply shared the beauty and joy of his faith in Jesus Christ, as he continued to do throughout his journey. By day five, I could see that Pope Francis was disarming the skeptics and unbelievers with humility and unconditional love, the hallmark of his childlike heart—other signs that are meant to be a hallmark of every child’s heart.

To ponder:  Do I have a trusting, teachable attitude when it comes to the Pope?  Was my heart changed by his visit? If so, how?