The "Waze" of Providence

Just after I was named auxiliary bishop of Los Angeles, Archbishop Gomez, my new boss, told me to get the  Waze app for my iPhone. He explained that it was a splendid way to navigate the often impossible LA traffic. I followed his instructions and have indeed used the app on practically a daily basis since my arrival on the West Coast. Waze not only gives you directions, but it also provides very accurate information regarding time to your destination, obstacles on the road, the presence of police, etc. Most importantly, it routes you around traffic jams, which positively abound in the City of Angels. 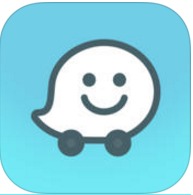 Especially in my first days and weeks on the new job, I basically had no idea where I was going-and my duties required that I be all over the place: LAX, Pasadena, Inglewood, Granada Hills, Ventura, Oxnard, Santa Barbara, Santa Maria, etc., etc. And often I was required to journey after dark. So I would program an address into the Waze app and then listen to the mechanical female voice as she guided me to my destination. It was often the case that her instructions were counter-intuitive, which was not surprising, given the fact of my disorientation in a new environment. But I gradually learned to trust her as, again and again, she got me where I needed to be.

I'll confess that my faith in her was sorely tested a few weeks ago. I had left my home in Santa Barbara very early in order to attend a ten o'clock meeting in Los Angeles and was making pretty good time on the 101 expressway. Suddenly, the Waze lady instructed me to get off the highway a good 25 miles from LA. Though skeptical, I followed her advice. She subsequently sent me on a lengthy, circuitous, and rather slow journey through city streets until finally guiding me back to the 101! I was so frustrated that I pounded my fist on the dashboard and expressed (aloud) my dismay. When I got to the meeting, I laid all of this out to one of my episcopal colleagues and explained that I thought there was a glitch in the system. "Oh no," he quickly responded, "there was a tanker spill this morning on the 101, not far from where she made you exit the road. She probably saved you an hour or two of frustration."

At that point I saw clearly something that had been forming itself inchoately in my mind, namely, that the Waze app is a particularly powerful spiritual metaphor. As Thomas Merton put it in the opening line of his most famous prayer: "My Lord God, I have no idea where I'm going." Spiritually speaking, most of us are as I was when I arrived in Los Angeles: lost, disoriented, off-kilter. But we have been provided a Voice and instructed to follow it. The Voice echoes in the Scriptures, of course, but also in the depth of the conscience, in the authoritative teaching of the Church, in the wise counsel of spiritual directors, and in the example of the saints. Does it often, indeed typically, seem counter-intuitive to us? Absolutely. Do we as a matter of course ignore it, presuming that we know better? Sadly, yes. Are there some among us who, in time, learn to trust it, to guide their lives by it, even when it asks them to go by what seem circuitous routes? Happily enough, yes.

There is another feature of the Waze app worth considering in this spiritual context. When you get lost or perhaps decide that you know better than the navigator, she doesn't upbraid you or compel you to return to the route she had originally chosen. She calmly recalculates and determines the best way to get to your goal, given the choice you have made. God indeed has a plan for each of us. He has determined, in his wisdom and love, the best way for us to get to our goal, which is full union with him. But like Israel of old, we all wander from the path, convinced that we are brighter than the Lord of the universe, or perhaps just enamored of asserting our own freedom. But God never gives up on us; rather, he re-shuffles the deck, recalculates, and sets a new course for us. Watch this process, by the way, as the Scriptural narrative unfolds. And watch it happening, again and again, in your own life: what looks like a complete dead-end turns into a way forward; the wrong path turns, strangely, into the right path.

No matter where you go, Waze can track you and set you on the right road, and this "all-seeing" quality has given us confidence in its direction. As we have learned to trust the mechanical voices of our GPS systems in regard to the relatively trivial matter of finding our way past traffic jams, so may we learn to trust the Voice of the one who, as the Psalmist puts it, "searches us and knows us and discerns our purpose from afar." 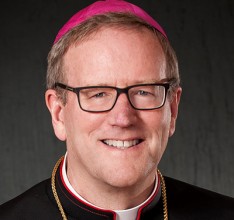 Divine Providence Or Coincidence?
Read
Divine Beauty and the Providence of Sin
Read
Gifts from Heaven: Providence in Our Family
Read