Thrive in Joy – Finding Light Through Lightning and Loss

Nick Fagnano was a handsome young man with an irresistible smile and an extraordinary zeal for life. He was a gentleman of exemplary Christian character, academic ambition, athletic skill, and deep, inspiring faith. 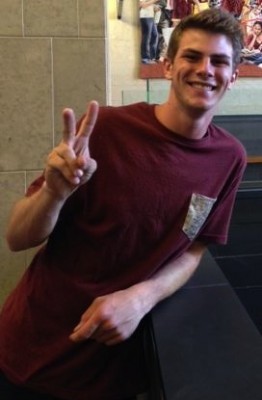 “Nick’s love of God, and trust that Jesus was always his source of strength and guidance, was the perspective from which he made life’s most important decisions and, in doing so, he made this world a better place.” - Mary Fagnano

Nick was that guy who could effortlessly be everyone’s best friend forever.

Nick graduated from high school in 2012 where he played for the Notre Dame Knights baseball program in Sherman Oaks. He was making ends meet by working at the Ace Hotel where he was affectionately known as Sparkles because he had a flair for lighting up a room.

Nick attended Santa Barbara City College and Santa Monica College until, at the age of twenty, he was accepted into the USC Sol Price School of Public Policy where he planned to study real estate and urban development.

To know the mission of USC Price is to know Nick Fagnano and understand what motivated him to achieve admission to the prestigious school. “The mission of the USC Sol Price School of Public Policy is to improve the quality of life for people and their communities, here and abroad.” – About the Price School

Nick was on top of the world as he began to chart his course to the classrooms of USC Price. He resigned his hotel job and returned to live with his parents in their downtown L.A. loft so he could avoid the local college party scene and maintain a disciplined, linear focus.

National Geographic News cites the odds of becoming a lightning victim in the U.S. in any one year are 1 in 700,000.

On Sunday, July 27, 2014, Nick attended Mass with his parents, Jay and Mary, at St. Brendan Church in Hancock Park, Los Angeles. Later that day, he and two friends were among more than 20,000 people on Venice Beach enjoying an idyllic southern California afternoon. Nick was in the ocean at approximately 2:20 p.m. when several rogue clouds drifted over the beach amid the clear, blue skies and at least four direct lightning strikes touched the sand and water. There were thirteen lightning strike victims. Nick was the only fatality.

“There is no greater tragedy than the loss of a child.” - Jay Fagnano

God’s divine providence provided both comfort and inspiration for future eventualities in an essay discovered by Jay and Mary on Nick’s computer shortly after his death. As a freshman in college, Nick composed The Reality of Heaven as an English assignment dated Feb 20, 2013 - seventeen months prior to the fatal lightning strike.

"Regardless of heaven being beyond my comprehension, the afterlife that I want to be a part of involves joy, excitement, and gratitude, as we will finally be reunited with the loved ones that we have lost on earth. Perhaps “rest in peace” is actually not the best term in relation to death, rather a phrase such as “thrive in joy” best represents how I will want to spend eternity.” – Nick Fagnano

Though their hearts were pierced by a sword of unimaginable grief and loss, rather than curse the darkness of Nick’s tragic and untimely death and wither away in reclusive despair, Jay and Mary chose to light a brilliant candle as a memorial to their son’s life, passion and purpose by establishing The Thrive in Joy Nick Fagnano Foundation.

God in Nick – The Foundation – Nick and God in the World

There was good reason everyone felt special in Nick’s company. Nick loved God and God’s love radiated from within him. The work being accomplished by the Thrive in Joy Nick Fagnano Foundation (TJNFF) makes eternal Nick’s flame of joy, excitement, love, faith and gratitude that pierces the darkness of loss for his family and friends and brightens young lives from Los Angeles to the Dominican Republic.

“Encouraging and rewarding character through education and recreation.”  This is the charitable mission with an international reach of the Thrive in Joy Nick Fagnano Foundation.

Domestically, two awards are presented to students at schools that Nick attended. Qualifications differ for each student at St. Brendan Grade School in Los Angeles and Notre Dame High School in Sherman Oaks but both recipients must exhibit traits of good character and kindness to fellow students, teachers, coaches, and other adults with whom they interact.

The USC Price School of Public Policy Nick Fagnano Memorial Scholarship has been declared an endowment and will live on in perpetuity providing a growing level of financial support to an incoming transfer student (just as Nick would have been) entering USC’s Price School.

The Thrive in Joy Nick Fagnano Foundation is very excited to launch a 2016 partnership with the Los Angeles Chapter of the Jefferson Awards Foundation founded by Jackie Kennedy and other national leaders in 1972 to encourage a culture of public service among America’s youth. The TJNFF will be a sponsor of the Students in Action Program that empowers junior high school students, and continues through high school, to develop community leaders.

Internationally, the TJNFF provides support for two Dominican Republic projects: Collegio de Tia Tatiana, a school for preschool through high school students as well as Remar - an orphanage with nearly fifty children, seventeen of whom are HIV positive - in one of the poorest urban communities in Santo Domingo.

Once again, it was Nick, as a thirteen-year-old Little League player, who inspired the foundation’s Dominican Republic initiatives when he organized a charity fundraising drive after learning that many young people in the DR were unable to play baseball because they had no equipment.

Since November 2014, Mary and Jay have made four trips to the Dominican Republic with their foundation partner, Vision Trust, who directs multiple projects abroad with a mission to develop orphaned and neglected children into mature Christians equipped to live in their own culture. 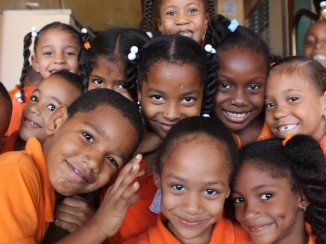 Together, the TJNFF and Vision Trust have put boots on the ground in the DR and provided new desks and chairs for students and teachers, storage cabinets and learning aids in all ten classrooms at Tia Tatiana school, as well as, build a sports field at the Remar orphanage and install plumbing that allowed for a flushing toilet in one bathroom of each of the three houses on the property where the orphans live.

Ongoing support for the orphanage includes hiring instructors for music and English along with continuous housing improvement projects and the integration of computer learning into the orphanage classrooms.

Recently, while listening attentively to the homily at the Cathedral of Our Lady of the Angels in Los Angeles, Jay was deeply struck by these profound and uplifting words “…No matter what you have to face, whether it be adversity, sadness, or tragedy, if you utter these words it will be ok…I believe.” - Monsignor Kevin Kolstelnik

“That’s been the biggest change in my life since Nick’s loss. I’m not sure I really did believe. But I do. I believe that Nick is “Thriving in Joy” and someday we’ll be with him and we will thrive in joy together. Without this belief, I would be lost.” - Jay Fagnano

Jay has much more to share about overcoming adversity, tragedy, and deep pain by means of the transformative power of faith and doing good for others.

Email jay.tjnff@hotmail.com or phone 323.559.4714 to book Jay for an interview or to speak to your church, group or organization.

Mary and Jay live every day to keep Nick’s light shining brightly through the young lives the foundation can impact. Along with financial support, there are opportunities to join Jay and Mary on one of their semi-annual trips to the Dominican Republic or to volunteer at one of the foundation’s events.

Visit www.thriveinjoy.org to learn more about the Thrive in Joy Nick Fagnano Foundation and join the families that are inspired to have a greater sense of gratitude, a desire to give back and the quest to find a little joy in every day by doing good for others.