Welcome to the Saints in 16 Book Club! We're reading My Badass Book of Saints: Courageous Women Who Showed Me How to Live , by Maria Morera Johnson. 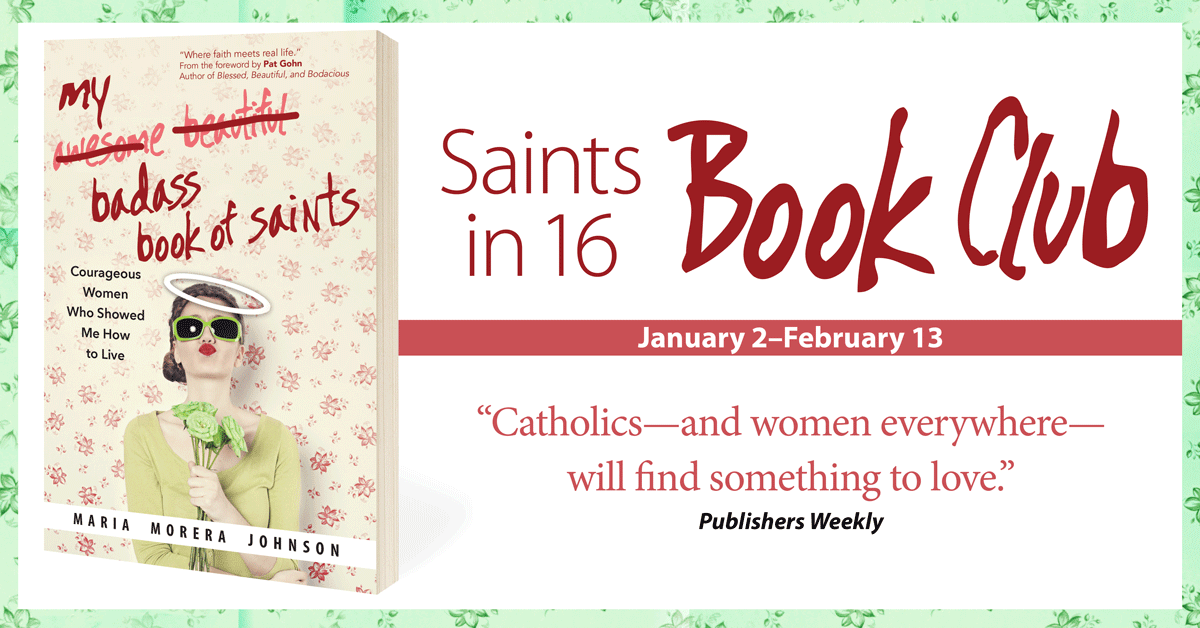 The woman who is "beauty and perseverance" to me

In 2001, I learned to pray the rosary with a special intention in my heart: my future sister-in-law was losing a baby. She was told by her doctor that this baby, number four for her, had the same rare genetic disorder as her first baby did. Consequently, the doctor didn't even hesitate: he (or she?) scheduled the abortion and probably sympathetically wished my sister-in-law the best.

To hear my brother-in-law tell the story, the day that they didn't go to the abortion was one of the most freeing days in their marriage. I think he even used the phrase "a weight was lifted off of us" when he told me, quite a few years after the event, about it.

Over the years, I've returned to the experience of praying for that baby, a baby who was, in fact, held first by Mother Mary, and who must be entertaining angels and watching out for all of us.

God answered my prayer for a miracle. But I didn't see it until many years later.

On January 3, 2010, on the Feast of the Epiphany, we received a call on the country road we take on the way home from Mass. Instead of heading home, we ended up at my mother-in-law's house.

My brother-in-law had died, suddenly and unexpectedly.

Once again, the family I had watched come together for the death of a baby was uniting over a death. My sister-in-law was facing something so crushing, so horrible, so unrealistic...and I couldn't understand (still don't) how she didn't break and crumble and quit.

Sitting on my mother-in-law's porch after she and her daughters moved back to Ohio from New Orleans, she and I were talking.

I can't explain it either, but somehow, this sister-in-law, who has become one of my dearest friends, has shown me more about hope and faith than anyone else I know. She's been eloquent without words and she's persevered beyond anything I think I could bear.

Through everything I've seen (and much I haven't), she has never wavered in her trust in God. Despite the fact that she was predeceased by two sons and a husband before she was 35, she never quit.

If anything, she told me, her experiences proved to her that she needed God.

Boy, do I need people like her in my life!

As I read through today's chapters, I couldn't get past the fact that Maria Johnson is another one of the people I need in my life. She's the kind of person who isn't afraid to call a pile of dog manure just what it is and who also isn't afraid to heartily toast the success of a friend.

A closer look at perseverance and beauty

In fact, as I reread this week's chapters and the people they highlighted—Flannery O'Connor, St. Margaret of Antioch, Audrey Hepburn, and St. Rose of Lima—I realized that these are people I need in my life too.

O'Connor was a writer, and though I've never been able to get into her fiction much, I admire her writing. As Maria wrote about O'Connor's process, I realized that I, too, write to find out what I think. (I always thought this was because I'm an extrovert. Turns out, maybe it's because I'm a writer!) O'Connor also suffered physically a great deal, and yet she persevered.

St. Margaret of Antioch gives us an example of perseverance in prayer, though her focus was thanksgiving more than anything else. I've heard my sister-in-law express thanksgiving for things that, honestly, I have a hard time seeing on the surface as blessings: her life situation reeks of "nightmare" to me. And yet, there's a challenge here for me, an invitation to lean into God's will and let it guide me to where God would have me go, to be the person God would have me be.

"The most beautiful pictures of Audrey Hepburn don't show her in diamonds and Givenchy dresses," writes Maria. "Instead, she is crowded by smiling children clamoring to be held by her or carried on her back, and she welcomes it." Do I welcome the smiling children in my life? Even when they're not smiling? Especially when it's hard? Because it's a gift from God?

Finally, St. Rose of Lima: obedient, dutiful, humble. She was pretty much everything I'm not. She wanted more suffering so she could grow closer to Jesus in his Passion: I'm always begging for less so that I can, well, be more comfortable. St. Rose cared for homeless children and the sick and elderly and then died at age 31.

Next week, we'll cover Chapters 9 and 10. For the complete reading schedule and information about our Book Club, visit the Saints in 16 Book Club page. 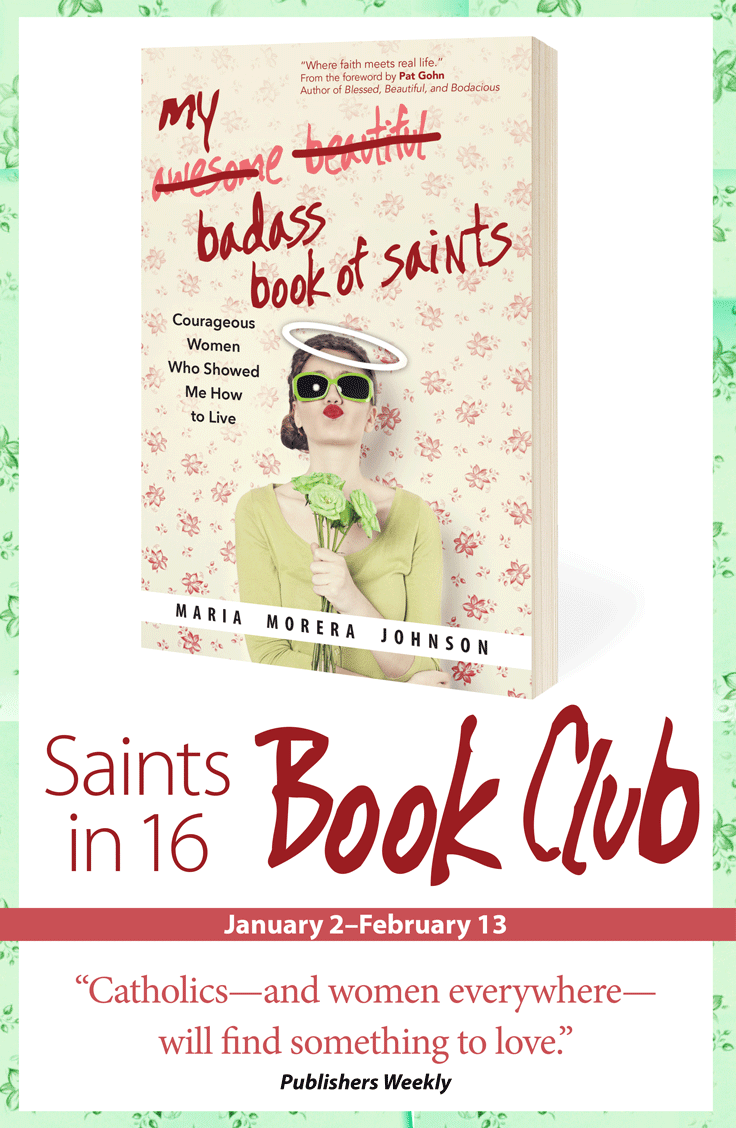