Are you a minister or a mourner? 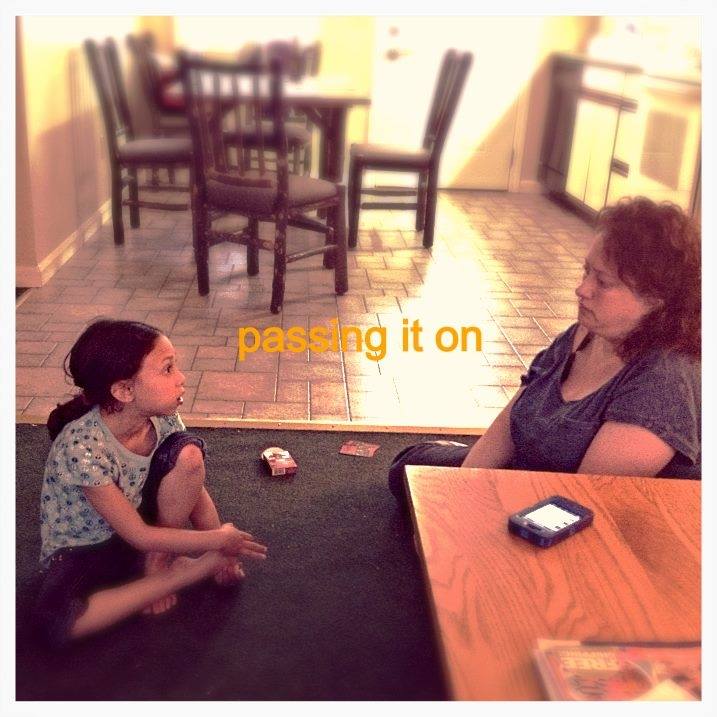 This is the question my daughter asked my wife, Eileen, as we headed up north over Mother’s Day weekend. This was our third road trip up and my fourth funeral to attend since 2016 began. For my daughter Hannah, this was both the first funeral of a family member and her first Jewish one. The question came from a conversation I had with her in preparation for this trip.

At almost 10 years old, Hannah would be by far the youngest (and only) child at this event. The next youngest person was her cousin who had just finished his first year of college. Some wanted to make sure she wasn’t traumatized by the specter of death or the sadness of a funeral. In addition, Eileen wanted Hannah to be aware of the needs of mourning family members and the Jewish rituals surrounding that. This would not be a typical recreational family visit, let alone a typical Mother's Day.

So I started with what was familiar to her. I told her how the funeral Masses celebrated at our parish are some of the most beautiful and powerful expressions of our faith. Yet, those that come to such celebrations are understandably upset and in grief. The celebrant, the lectors, the cantor, the extraordinary ministers of communion, they too might also be upset, especially if they knew the deceased. But in order to lead or assist in these rituals, one has to decide: Are you going to be a minister who serves those suffering? Or are you going to be part of the group that is in mourning? Either one is OK, but it helps to remember which one you are. You can’t give effective help if you are also in need of such help.

Like other Catholic moments when given an either/or situation, the Catholic universal response is really both/and. At every Eucharistic celebration, we indeed move from penitence and prostration to ministering and miracles. Miracles in the sense that ultimately it is through God that we are raised up, loved and redeemed. We minister to each other in the presence of God, who is greater than ourselves—yet we also become the Body of Christ. We move from sorrow to sacrifice. We move from death to life. This indeed is what every Sunday celebration involves. But, this is not necessarily what one takes on the road with a 10 year old daughter to a Jewish funeral service. You take what you know and remember.

Hannah did not know the deceased that well. Certainly Eileen knew Uncle Al much longer than I did. It made sense that those who knew him longest or best would be the most upset. For myself, I had chosen to just be as helpful as I could to those in mourning. And I offered to Hannah that possibility. You can be upset. Many people will be. They won’t be all the time. They’ll also joke and tell stories. And that’s OK too. But if you can be of help, try to be.

In the end, it wasn’t possible for me to avoid some tears. Maybe it’s just because of all the funerals of late, or perhaps it is because of the truism that we are both ministers and mourners. Perhaps it's also because my best memories of Uncle Al combine his fervent (even judgmental) Judaism and his whimsical joy at family gatherings.

I particularly remember at my own wedding rehearsal dinner when my Catholic Filipino family was meeting Eileen's Jewish-American family for the first time. There were all kinds of tensions, miscommunications and apprehensions on both sides. But Uncle Al, recently retired, was going on and on about his (then) new Dell computer he had just bought. It was his first desktop computer for his own recreational needs and he was over the moon with enthusiasm about what the possibilities for home computers were in the late 1990s. While friends and relatives from both sides of the family tried to "rescue" me from this conversation, it was perhaps my most enjoyable moment of my rehearsal dinner and probably one of our longest conversations. He was enjoying talking and I enjoyed listening to him.

I’ve noticed that I cry more at funerals than I did before. As an (official) minister, I never did. But among the assembly of mourners, I hear instead of speak the truths and mysteries of life and death. I am moved by the remembrances of the deceased through which God’s faithfulness and presence in our lives is made real. This has moved me to tears.

I heard God’s promise offered and fulfilled in many and varied ways in the life and death and exultation of those who remembered Uncle Al. First from his widow, Lila, who recalled how they first met, their life together, their religious devotion, his two tours of duty in Korea, his values and work ethic, his love of family and the family they raised together. This was echoed and augmented by recollections and outpourings from his children, grandchildren, and finally by his sister.

I saw love and honor expressed graveside. First, with the honor guard for his military service complete with the playing of Taps on trumpet and presentation of the flag to Lila. Second, as members came forward to do the necessary but difficult task of burying him. We each took our turns until the natural rhythm of the group came to two of his grandsons. Both also served in the military (one from the U.S.Air Force, one from the Israeli Defense Force). They continued the gentle service of shoveling for what seemed both an eternity and a graced moment of precise, perfected detail, until the coffin was completely covered and the sides were level. Only then, in the ritual expanse of sacred time, was it time for Kaddish and departure.

Having married into a Jewish family that has been surrounded by life and death, I have been impressed by these rituals and customs. When a member dies, everything stops. EVERYTHING. STOPS. The family gathers. The burial arrangements are made and done in swift manner. And a period of mourning, of sitting shiva, begins.

I have lived in other cultures and places where similar observances and customs are made. For many in the modern, fast-paced world, there is no time to be stopped. Like a roadway accident, it is the inconvenience of delay and the constant pulse to resume the rush and get on with it. For some, it is just about the time to "pay respects." But for anyone who has seriously had to deal with the death of a loved one, one carries with them the awesome weight of a life lived out and measured by our memories and God's hand.

My family certainly knew and remembered Uncle Al well. He was the happy spouse of Eileen’s father’s only and elder sister. He had three daughters, sons-in-laws, and their children, two of whom through aliyah have made Israel their home.

We had just seen him recently surrounded by all these loved ones when we celebrated Passover less than two weeks earlier. Many more were gathered on this somber but necessary funeral day. I distinctly remember the last words he said to Hannah and to me that Passover. Eileen’s last image is of him kissing Hannah good-bye. What more could one ask? How could one not be moved to tears?

Are you a mourner or a minister?