I have a terrible habit of focusing on what I haven't done instead of acknowledging what I've accomplished. Yet, at the same time, I swear by simple strategies that chip away at those big tasks a little at a time. And, if I do the small tasks right, I can still see progress, even when the going is slow.

[Tweet "I swear by simple strategies that chip away at those big tasks a little at a time."]

If you're struggling to complete a monumental task, try one of these strategies:

Turn a big task into a small one. Remember all those family sitcoms where siblings who had to share a room staked their claim by drawing some sort of line down the middle? Try the same thing with a big task. Depending on what it is, you may not be able to use tape or string to make your mark, but mentally set aside one part of the task to tackle first, then stop when you complete that portion. Then, step back and take in the progress you've made.

Assign it a time. Organizing guru Julie Morgenstern advises scheduling things as a means of holding yourself accountable. Once you've written a task in your calendar as you would a medical appointment or lunch with a friend, you're more likely to take the time to do it.

Make it routine. Most of us have things we do at the same time every day, or even every week. Pair this idea with the two above, and tackling the portions of a big task at the same time each day (or week) until the task is finished, the space is cleared or you can check the project off  your list. 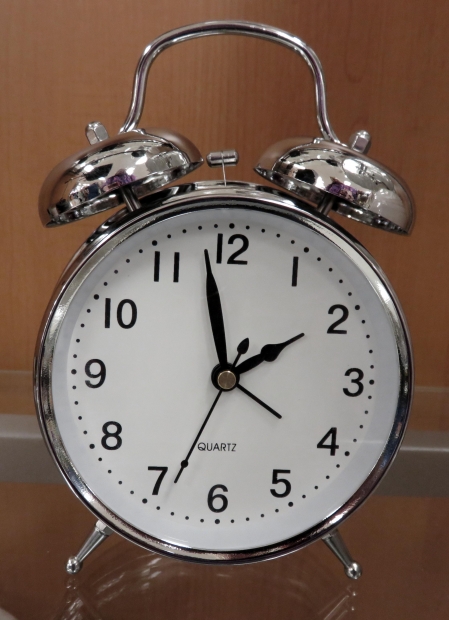 Play Beat the Clock. Maybe it's the educator in me, but I'm a big fan of setting a timer and working till it dings (or plays a jazz riff, in the case of my iPhone timer). Sometimes I stop when the timer goes off, but sometimes I keep going. For me, getting started is the hardest part, so once I get rolling, I sometimes ignore the timer and keep going.

Seize the moment. In the mood to tackle a task that wasn't on the list? Go for it! As long as the task you initially planned to do isn't time sensitive, it pays to put that motivation to work, particularly if the project you're tackling instead is one you weren't looking forward to.

Mix and match. Pair two tasks, one desirable and one undesirable. Do the one you don't want to do first, then reward yourself by doing the one you enjoy.

Do it as you go. This is my favorite clutter-busting trick, so forgive me for including it two weeks in a row. When I have an area in my house that has accumulated clutter, I play a little game with myself. Each time I go by, I have to pick up one thing and put it away. I can pick up more than one thing if I want to, but everything I pick up, I must put away -- where it belongs -- not in another temporary holding zone. Bit by bit, the space gets cleared and things get put away.

Give credit where credit is due. At the end of each day, take a few moments to acknowledge what you've accomplished. If you have trouble replaying your day, make it a point to jot down a couple of words about what you're doing as you do it, then review the list at the end of the day.

It's sometimes hard to see the baby steps we've taken on the road to success, particularly if the road is long, but success breeds success, and the only way to reach the destination is to figure out how to take it step by step....and maybe stop for a Starbucks along the way.