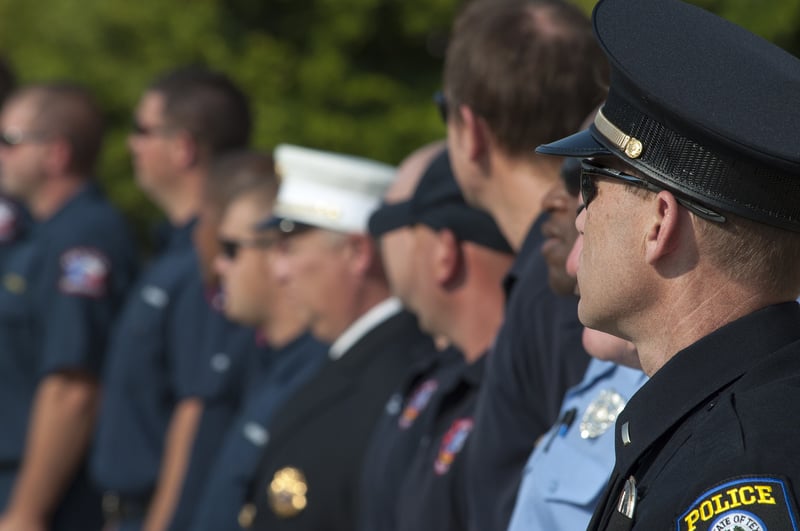 I am a retired police officer. By the time I retired, I had spent half my life in law enforcement. That was a spooky realization for me because I fell into police work; it was never my chosen profession. I aspired to be an engineer but the lack of talent and grades in that area made me give up that dream. For me, police work was just a job to pay the bills; but in the end, I tried to make the best of it. I think for most cops, it is their dream job, their vocation.

Sixteen of my twenty-one years were in patrol. Crime divided my city between north and south. I purposely chose the south end because it had the worst crime. If you are going to be a cop you might as well go to where the action is, right? I worked nights, mainly the midnight shift, for approximately half of my patrol years. Those wee hours of the morning usually brought out a cast of characters that were, to say the least, interesting. There was a lot of violence and other shenanigans at those times of the day. This was in the early '90s and crime was really booming. It was call-to-call with little down time. There was little time for interacting with the public. Most interactions were negative in nature.

Things were quieter on day shift. The “normal” society was awake. There was still crime but not to the degree or intensity as there was on the night shift. This gave me the time and opportunity to speak with people who were out and about. At first, I spoke with people to garner information about crime in their neighborhoods. I was trying to get tips to solve crimes. As this continued, the people who were giving me information became more trustful of me. I started to take the time to really talk to them, get to know them, and show them that I had a genuine interest in them. When they saw this and saw that I was trying to make a difference, they helped me even more. Many of the people I dealt with had their own issues, their own vices, their own checkered pasts but I had to look beyond that. I tried to see the good in them.

One day it dawned on me: I need to start seeing Jesus in everyone I encountered. EVERYONE! I found myself speaking with more people on my rounds. I would get out of my car, walk the area, and just say hello to whomever I saw. I tried to be respectful towards everyone because remember: I might be encountering Jesus. This approach opened up a whole new outlook on my work. It made my job easier to deal with. I had always tried to be respectful and kind to everyone in the past. Now, seeing them with different eyes was the game changer. Don’t get me wrong, there were people that made it very difficult to find Jesus within. It was not always perfect. However, that was the lesson.

[Tweet "Police work is a profession that can really test your Christianity."]

I came to realize that police work is probably one of those professions that can really test your Christianity. Think about it: cops go where others don’t want to. The police have to deal with derelict people, the dead, the homeless, gangsters, abused children, murderers, etc. on a daily basis; perhaps even dealing with all those issues during one shift! All the things that Jesus challenges all Christians to do, cops do every day. For police officers the real Christian challenge to put into practice is seeing Jesus in everyone they encounter; to have compassion and empathy for all. Yes, even to those people who have insulted them, fought them, or even tried killing them. It can be so easy for police officers to become jaded, heavy-handed, self-righteous, and insensitive. It goes with the territory. But it doesn’t have to.

If you are currently in law enforcement, especially in patrol, take the Christian challenge seriously. Look at your job not as just an earthly career but as your Christian vocation. Try your hardest to see Jesus in everyone you encounter. Think before saying an unkind word or making an insensitive, unnecessary remark to someone. Realize that you are dealing with a person, not a “dirt bag.” If someone abuses you, turn that proverbial cheek. Get away from those superiority complexes that can creep into your psyche. Stay grounded, be humble. Remember, whatsoever you do to the least brothers, you do to Jesus. I finally realized that and accepted the challenge. Are you prepared to accept it?

St. Michael the Archangel, pray for all police.