Footprints of God is a DVD series from Ignatius Press that is led by Steve Ray that walks us through important figures in salvation history. The key figures covered so far have included Jesus, Mary, Peter, Paul, Moses, David and Solomon, and the Apostolic Fathers. The most recent in the series is on Abraham. 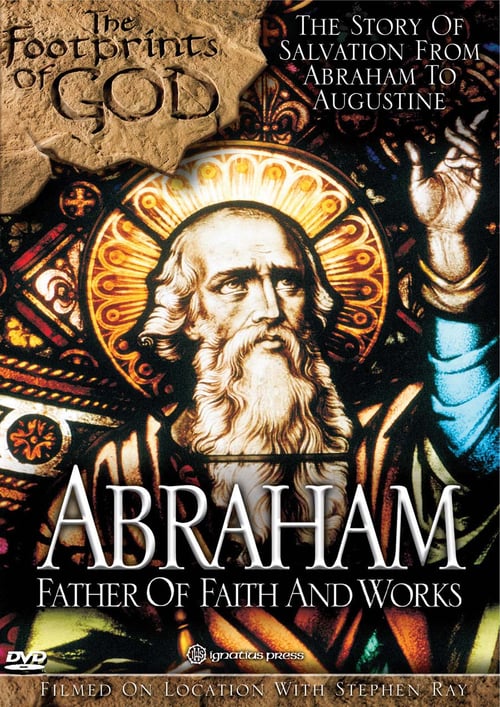 Steve Ray begins by reading from the opening chapter of Genesis. He then shows us that he is on a boat in Iraq in the Euphrates River. He tells us the importance of this river, shows us how it connects to the Tigris, and talks about Mesopotamia being the cradle of civilization. He then recounts the Fall of Adam and Eve and The Great Flood. This takes us to the Tower of Babel and the idolatry of man. God was looking for one just and righteous man, Abram (later Abraham). Steve Ray then takes us on a cab ride to Ur, the place Abraham lived before he was called by God. We also see the famous ziggurat of Ur, which was dedicated to the god of the moon and speculated that Abram probably worshiped this god. We are then treated to museum-housed treasures from the past, such as jewelry, art, and musical instruments, and what those instruments would have sounded like. Lastly in Ur, we see the royal tombs also referred to as "death pits," because human sacrifice would not have been uncommon then.

Abraham is then called by God and traveled to Haran (modern-day Turkey). Abraham was from a family of shepherds, and the land of Haran was good for shepherding. After Abram's father died, God again told Abram to move and go to wherever God would lead him. This leads us to the land of Canaan. Steve Ray then gives us a crash course on what typology is, using the example of bread and wine given to Abram by Melchizidek (a prefiguration of the priesthood of Christ). Abram is still without child, so Sarai (later Sarah) gives Abram her maidservant Hagar, and she conceives a child named Ishmael. Next comes the covenant that God established with Abraham. Steve Ray continues walking us through Scripture and Abraham's life, which is marked time and time again by his superior faith.

Steve Ray does a wonderful job blending Scripture, history, and culture into one great presentation. He takes you on site to places that you would only dream of visiting and points out interesting tidbits that you might have never heard before. What I like best about this program was the presentation style. I have watched many Catholic DVD programs and they all come off very polished and well-rehearsed (not that there is anything wrong with that). Steve Ray has a very relaxed presentation style that feels like he is casually speaking to you and not a camera. I mean he milked a goat and shot the milk straight into his mouth. It was both impressive and humorous. I look forward to watching the rest of the DVDs in this series. 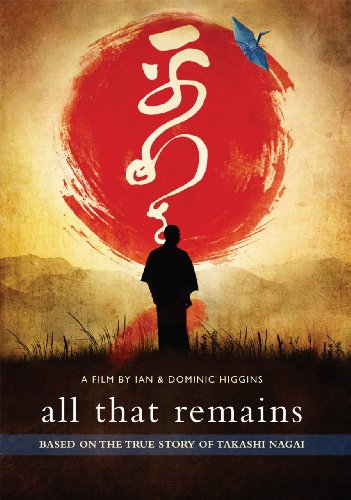 Takashi Nagai was born in 1908. His birth was described as difficult and nearly killed both him and his mother. His family lineage was one of doctors as both his father and grandfather were doctors, with the former being trained in Western medicine and the latter practicing herbal medicine. His mother, on the other hand, was the descendant of a Samurai family. Nagai was raised in the Confucius and Shinto religion and became interested in Christianity while attending school. When he was 20, his family hoped that he would go to school in Tokyo. He instead went to Nagasaki, and this decision forever changed his life. He became a physician who specialized in radiology and a convert to Roman Catholicism. He was also a survivor of the atomic bombing at Nagasaki, and is currently on the path to Catholic sainthood, being given the title Servant of God. The film All That Remains tells his story.

In this film, we live Nagai's journey. We see his childhood and his mother raising him to be strong. We see him meet his wife, Midori, who helps bring him to Catholicism. We also see Japan's government being taken control of and thus forcing Japan to enter World War II. Dr. Nagai, buries himself in his work, putting his health and family harmony in peril, but this quickly changes when the bomb takes the life of Midori. He now must raise his two children on his own, while battling leukemia. He also tries to help rebuild Nagasaki. This is done through his writings, which help inspire a nation and rebuild through the power of love. It is no wonder he is so highly revered in Japan.

The DVD is approximately two hours long. It contains live-action acting, archival footage, and CGI. This creates for a unique viewing experience. Also included on the DVD is a documentary film on Dr. Nagai and an animated short film, entitled "The 26 Martyrs of Nagasaki." These make for fascinating viewing after viewing the initial film. I am grateful for getting the opportunity to review this film, as I'm not sure I would have ever learned about the remarkable Catholic man that Dr. Nagai was otherwise. It has also made me interested in reading the book A Song for Nagasaki to help fill in the holes that the film had. (Note: This is not a critical statement against the film. It's just the nature of the media, and that items have to be cut to make a reasonably timed movie.) If you are interested in World War II, Japan, and/or potential Catholic saints, you will want to watch this movie.

Your purchase of the resources mentioned here through our Amazon affiliate links help to support CatholicMom.com at no cost to you!