First the Fast, Then the Feast: Reflection for the Second Sunday of Advent 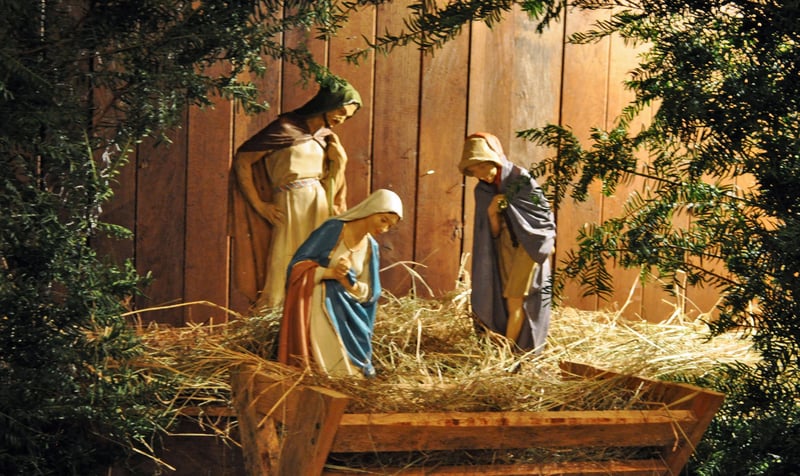 [Tweet "Reflection on #Sunday #Gospel by @dritaly: examine the biblical notion of peace."]

Christmas cards speak about it. Christmas carols sing about it. Even the angels at Bethlehem proclaimed it. “Peace on earth.” “The lion shall lie down with the lamb.” (Is 11). “Justice shall flourish in his time, and fullness of peace for ever” (Ps 72).

The coming of the Messiah obviously has something to do with the advent of peace.

But we need to examine the biblical notion of peace. For it is not quite the peace that some have in mind. It is not niceness or political correctness. It is not just the absence of armed conflict or “peaceful co-existence.” It is rather right relationship between people that flows from right relationship with God. Pope Paul VI said that “if you want peace, work for justice.” Justice, however, is not just fair laws and political rights, but the interior justice that the bible calls righteousness.

The world is obviously not at peace, because human hearts are not at peace. We are all pulled in opposite directions by competing desires and torn apart by loyalties to different gods.

So before the Prince of Peace can usher in a season of tranquility and refreshment, the forerunner must come with his stern message of warfare. The enemies of peace will not just lie down of their own accord. They must be put down. Peace is a fruit of victory.

The warfare, of course, is not against flesh and blood, but against sin and idolatry, the terrorists that make peace impossible. Hans Urs von Balthasar said it quite well: we must take sides with the truth against ourselves. The Holy Spirit that the messiah offers to us will empower us to live in perfect harmony (Rom 15:6). But he comes not only as light, but as cleansing fire. In the light of the spirit, we must honestly and fearlessly look at our lives and give him permission to burn away the impurities. This may hurt a bit, but His is a refiners fire, and His aim is to make us pure gold.

This is why the joyous season of Christmas is preceded by a sober season of  purple vestments, the color of repentance. The Greek word in the New Testament translated as “repentance” is “metanoia.” This  literally means a “change of mind” or a transformation of thinking. Repentance starts with an act of the intellect whereby we allow our values to be more influenced by God’s truth than TV’s babble.

But a change of mind must lead to a change of life. John the Baptist is adamant about the fact that repentance is incomplete without action. To the pious Pharisees and Sadducees who present themselves for baptism he declares “Give some evidence that you mean to reform!” It’s not a question of earning forgiveness by offering sacrifices or doing good works. It’s about accepting the gift of grace and letting that grace bear fruit in action. Every tree that does not bear fruit will be cut down and thrown into the fire. Sterile fruit-trees are worthless. A “change of mind” without a change of change of life is no change at all.

Let’s do it right. Let’s get everyone in the family to confession this Advent. Daily prayer is a must. Fasting from the din of radio, TV and social media and more time in God’s word can go a long way towards driving out the darkness and burning off the dross in our lives. And try this little Advent custom. In our house, the crèche scene is set up early in Advent but the manger remains empty. We get some bagged straw from the craft shop. As often as anyone does a hidden work of penance or charity, he or she may place a piece of straw in the manger to prepare a comfortable place of rest for the infant King. The goal? To fill the manger by Christmas Eve.