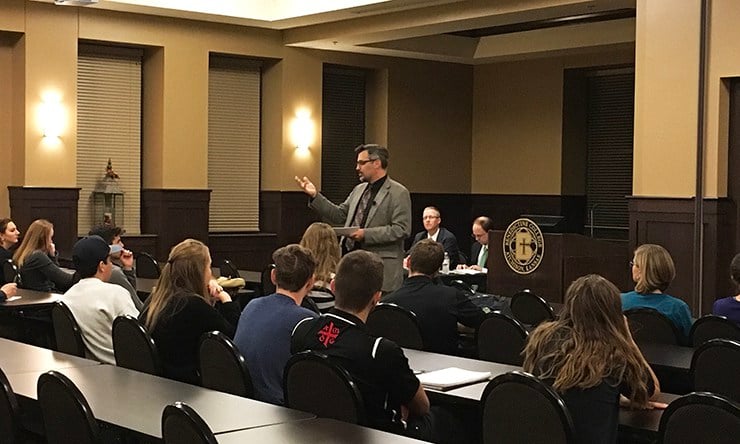 Courtesy of The Gregorian Institute at Benedictine College. Used with permission. All rights reserved.

Here are 10 quotes from Hoopes’s presentation.

1: “I spent a year reading Pope Francis, and it was the hardest year of my life. It wasn’t that Pope Francis is hard to read — he’s not. It is just that he was really hard to read in 2015-2016, if you knew you had to write a book defending what he was saying.”

2: “’I wish I could just sit and watch this pontificate unfold instead of having to write about it!’ I complained to friends. ‘I don’t want to have to defend this guy.’”

3: “Whether we like it or not, we are supposed to defend the Pope. It’s part of our job description as Catholic lay people.”

4: “If you can’t exactly embrace what the pope says, at least decline to publicly undermine the things he says.”

6: “In the don’t ‘be like rabbits’ quote, Pope Francis wasn’t telling large Catholic families that they were being irresponsible. He was telling European secularists that the Church isn’t irresponsible.”

7: “One thing that became obvious in researching my book is that many of the problems people have with Pope Francis they should also have with Pope John Paul or Pope Benedict, too.”

8: “Many of his most shocking statements are not shocking at all, they are just Catechism quotes translated into everyday speech.”

9: “He had a powerful experience of Christ as a 17-year-old in the confessional, and to this day prays a Holy Hour and a full rosary every day. He told African children what he always carries in his pocket: A Way of the Cross and a rosary.”

10: “Pope Francis once said: ‘With these two things you have the action plan: the Beatitudes and Matthew 25.  You do not need anything else.’ Laudato Sícan be read as a detailed, bold application of the Beatitudes to life in the technological age … And if we all committed ourselves totally to accomplishing the works of mercy the way Pope Francis has asked, we would transform the world.” 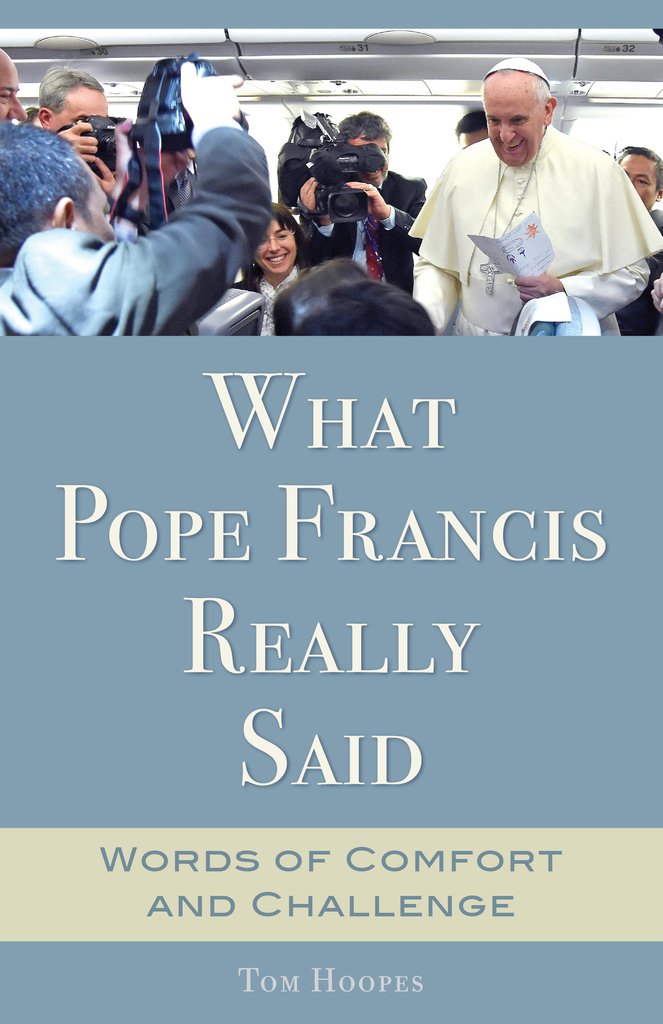 Copyright 2016 The Gregorian Institute at Benedictine College. This article was originally published at thegregorian.org and is reprinted here with their kind permission.