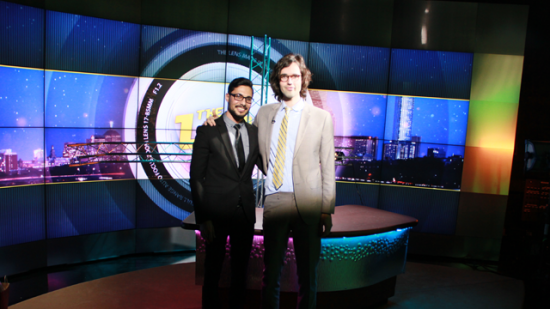 WATERTOWN, MASS. (February 3, 2017) – On Monday, February 6 at 9pm ET, CatholicTV will broadcast a special episode of The Lens focused on refugees.

The Lens, hosted by Matt Weber, is an interactive, socially engaging series that looks at what’s trending through a faith-based lens. This week, in light of recent events, Weber looks at the issues that refugees face in the United States today.

This week’s episode features special guest Laith, a Refugee Case Manager working for Catholic Charities in the Archdiocese of Boston. Laith is a refugee from Iraq who now works to help new refugees in the Boston area.

Tune in to The Lens on Monday at 9pm on cable, CatholicTVLIVE.com, AppleTV, Roku, or your mobile device. The episode will be rebroadcast on Tuesday at 11:30am, Wednesday at 3:30am, Thursday at 6:30am, and Saturday at 7:30pm (all times Eastern). It will also be available on demand.