Author's Note: A wild swashbuckling adventure of catechetical fiction and romantic courtship, Defend the Tabernacle defies genre. Unabashedly Catholic, this story will meet you on your own journey of the soul, wherever you are, and invite and challenge you forward in ways you didn’t know were possible. Dare you run forward in your own adventure?
Catharine is rock steady on course to become a nun. Bernard crashes through life with reckless abandon. Neither sees Saint Gabriel the Archangel coming, nor the collision their God-given mission and gifts puts before them. Being made in God’s image is never easy and is a lot to live up to.
Are you dating (or better yet, courting)? Have you ever dated or courted? Enjoy! This book is written to explore the amazing gifts of preparing for Sacramental Marriage as one’s path toward holiness.
Defend the Tabernacle is true to the Roman Catholic faith and has been issued a Rescript by Bishop Michael J. Sheridan. “Rescript” is the term in use for the former term "Imprimatur."

Catharine looked and saw nothing to warrant a loud ‘Whoah!’

“The man in the middle of that grassy plain, surrounded by those mountains. He’s hilarious!”

Catharine’s gaze carefully followed his finger. Vast layers of hills, mountains, streams, and rivers stretched out before her in early morning light, but nothing that looked like mountains surrounding a plain. ”Besides,” she thought, ”any man would be dwarfed by the sheer scale.”

“What are you talking about?” Catharine asked, wondering if he was from a state with legalized marijuana.

“Don’t you see?” answered Bernard, “Right there.” He pointed more urgently to the distant horizon.

“No, I don’t. And if you answer my question with the same answer you’ve already given we’ll get nowhere. Are you high?”

“Then what is wrong with you?” she asked, more to herself than to him. She doubted he could provide a useful answer.

“Well, I looked over there, then I thought, ’I’d like to see closer.’ Suddenly I did. Zoomed right in, like a pair of binoculars. A ring of mountains surrounding a plain became very large. ’Cool! Zoom in some more!’ I thought. Poof! I did. Right into this frumpy little man in the middle of the plain. He’s standing there, scratching his head, looking around, and turning this way and that, back and forth. Always looking around puzzled, scratching his head.”

“Yeah, right,” replied Catharine. However, mostly so she could mock him when it failed, she looked where Bernard pointed and thought, ’Zoom in.’ She stepped back as the world rushed toward her. It worked! Her vision jumped forward, rapidly covering hundreds, maybe thousands, of miles and countless ranges and plains and lakes and swamps to see Bernard’s odd little man. He was short and pudgy, dressed in an ill-fitting suit looking very self-knowing and important. No matter which way he faced, he was a combination of dowdy and confident. Whatever his purpose, he had been at it a long time, having worn the ground beneath him into a pit a few feet deep and roughly six feet across.

Catharine zoomed back out, looked somewhere slightly different, and zoomed in. She saw a woman attempting to free-climb a monstrous cliff. Right as Catharine gained focus the woman flailed her arms out to ward off black winged things clustering around her head. Off the cliff she plummeted, landing with a thick, inky splash. Stillness ensued. Catharine gasped, helplessly far away. The thick ooze the woman had fallen into smoothed completely over. Was it minutes that passed? Finally, the woman burst up gasping for air, coated in filth and slime from the mire. She wiped her eyes, shook what she could off her fingers, then courageously began climbing the cliff again. Drawing herself out of the sucking muck, the bats reconvened upon her head. Again, she flailed and again tumbled into the stew. Catharine watched the bizarre scene replay with slight variation time and again: horror became puzzlement then returned to horror as she realized this was a real woman stuck in a cruel cycle, unable to escape. Sometimes the poor woman would get far up the cliff before the bats attacked. Other times she barely got a breath before hands rose out of the swamp and pulled her back down.

Catharine pointed so Bernard could see.

But Catharine’s attention was suddenly drawn away from the disturbing shaggy boy-man.

The words resonated from all directions, as though they had come from the mountain below and sky above and wind all around. Calm, soothing, deep. Unheeded.

Both Catharine and Bernard stood trembling and terrified.

Casting their heads about in panic, they both saw the vast creature alight beside them. An array of wings, the feathers of which looked like swords, fanned in and out, sweeping around them. Wings within wings, the blur of wings melded together to become the feathers of yet more massive wings.

Catharine and Bernard stepped slowly back. Brilliant blue, green, orange, and red flames licked outward from the two super-wings. In the center of the wings hovered a ball of flame, like the sun seen up close, with streaks of flame licking outward in all directions. Lidless eyes gazed piercingly toward them. Beautiful music resonated all around — multiple layers of song in rising and falling harmony. The song was composed of sounds too high to hear, but which felt like needles pricking all along Catharine and Bernard’s skin. Melodious chanting, within the range they could hear, traveled wondrously up and down the scale of human hearing; accompanied by rumbles too deep to hear which quaked through the ground and rattled in their bones. They gazed up and up and up, trying to take in the scale of the creature, towering hundreds of feet above them as yet more wings rose even higher.

The creature’s wings slowly beat up and out, revealing more of the enormous scale as they faded into the atmosphere above. The creature vanished in a brilliant flash of light.

Catharine and Bernard both ducked, squeezed their eyes tight, and shielded their heads with their arms. The brilliance blinded them anyway. Slowly the world dimmed and they peeked through cracks in their fingers. Not blinded, they opened their eyes wide, then wider. Before them stood a winged man clad in armor, a broad sword strapped across his back.

“Do not be afraid,” the angel repeated. “I am Michael. Welcome to Soulscape.” 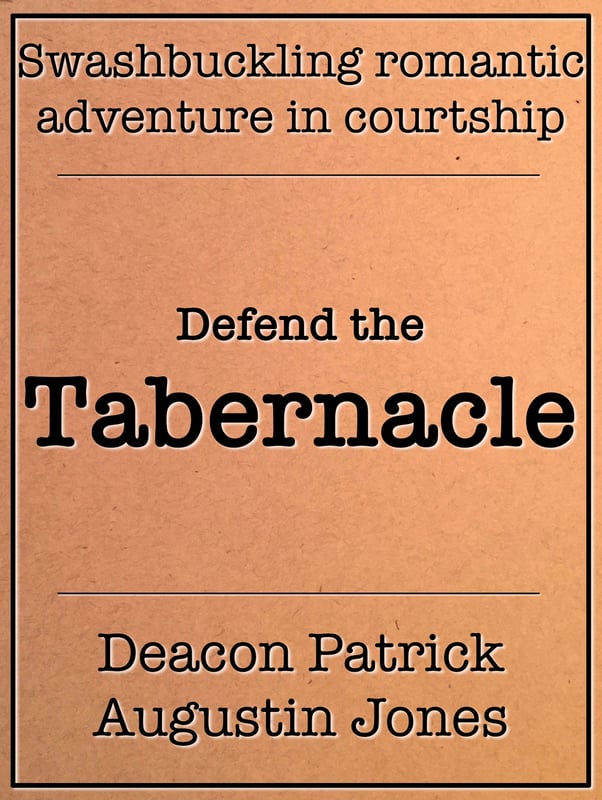 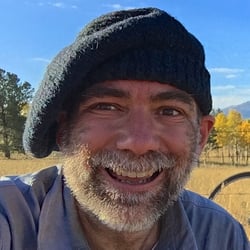 About the Author: Deacon Patrick Augustin Jones, author, lives in the Colorado mountains with his wife and children and is blessed to serve as a deacon through his online ministry to people with brain injury. His children describe him as fifty percent five-year-old boy and fifty percent theologian. Patrick and Barbara strive to support sacramental marriage as a path to holiness. This is Patrick’s third published book. His other books, Anna and the One Mass and Luke and the One Mass are children’s books which unwrap the Mass in a way that, as one reader put it, “deepened how I experience Mass forever!” Visit his website: Our Holy Conception.

Our Home: A Flexible Tabernacle
Read
Nesting near the Tabernacle: Lessons from the Sparrow
Read
‘Defend The Tabernacle’: An Action Novel About Chastity for Young Catholics
Read