Three Reasons to “Go to Joseph”

St. Joseph’s Place in Our Lives

Since the feast of St. Joseph is celebrated on March 19th in the Church's liturgical calendar, March has traditionally been observed as the month of St. Joseph.

Joseph of Nazareth shared like no other being except Mary in the mystery of the Incarnation, God becoming human. He was significantly involved in this sacred event of our salvation. Joseph was God's choice to be the husband of Mary and the guardian of Jesus.

Little is known of St. Joseph. The infancy narratives in the Gospels of St. Matthew and St. Luke contain the only factual information about him in the Bible. Through Joseph's genealogy Jesus was heir to the Davidic promise. This established the Savior's Jewishness, his messianic character, his historic reality. Spiritually this indicates that Joseph shows us how we can receive the promised Savior, give him a place of dignity in our lives, offer him a family, and protect (cherish) him.

[tweet "St. Joseph shows us how we can receive the promised Savior and cherish him."]

The Gospel identifies Joseph as a carpenter. The Greek expression of the Gospel, techton, refers to a worker in wood, someone who made articles needed for village life, either domestic use or outdoor work, like frames for small buildings, simple furniture, and plows.

God manifested his will about the marriage of Joseph and Mary in a special way. Joseph was certainly not the physical father of Jesus. The virginal conception of the Savior was the cause of great anxiety for Joseph, but he was relieved of this upset by a mystical dream. Catholic theologians and Biblical scholars have shown that Mary's vow or promise of virginity was not incompatible with the Jewish mentality and practice of the time. The mystery of the Incarnation also exalted Joseph's virginity.

In the second chapter of Luke's Gospel, Joseph is called a parent and father when the Temple mysteries are recorded. His fatherhood is restricted to a legal context since the Presentation and the Passover were legal obligations. Significantly he is not called father until the Child is born and the birth proclaimed by a heavenly sign.

As Mary cooperated by faith and obedience, so did Joseph, who "did as the angel of the Lord commanded him."

Since Joseph's death is not mentioned in the New Testament, Biblical scholars assume that he died before Jesus' public ministry, or before Jesus' passion and death. Otherwise why should Mary be entrusted to John? 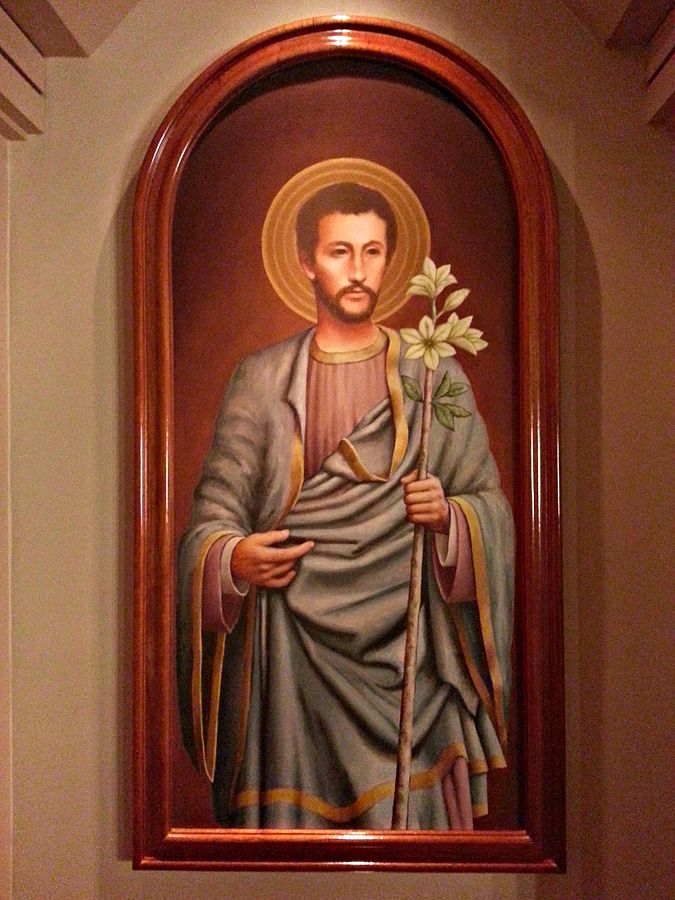 From the earliest centuries of Christianity, St. Augustine and other Fathers of the Church wrote of St. Joseph. But the theology of his vocation, dignity, holiness, and intercessory power began to flower in medieval times; and the seventeenth century was a golden age for the development of Josephology. The enthusiasm of St. Teresa of Avila for St. Joseph was remarkable, vividly expressed in her writings, and perpetuated in the twelve convents she founded in his honor.

All the popes of modern times, from Blessed Pius IX in the nineteenth century until our present Holy Father have issued substantial teaching about St. Joseph in their official documents

3. The Popes Weigh In

Years before his passage to eternity Pope John Paul II added to this rich body of doctrine in 1989 with his inspirational letter, Guardian of the Redeemer (Redemptoris Custos). This instruction affords us another occasion to recall the importance of St. Joseph in God's plan of salvation and to review what makes him special, not only for us personally, but for the Universal Church. John Paul II's pastoral letter, an apostolic exhortation, deals with the person and mission of St. Joseph in the life of Christ and of the Church.

John Paul II opened Guardian of the Redeemer with this explanation: "Inspired by the Gospel, the Fathers of the Church from earliest times stressed that just as St. Joseph took loving care of Mary and gladly dedicated himself to Jesus Christ's upbringing, he likewise watches over and protects Christ's Mystical Body, the Church, of which the Virgin Mary is the exemplar and model." Consequently, he continued, "On the centenary of Pope Leo XIII's encyclical letter Quamquam Pluries (1889) and in line with the veneration given to St. Joseph over the centuries, I wish to offer some . . . reflections concerning him to whose care God entrusted his most precious treasures." This John Paul II does in an instruction of several dozen pages with a brief chapter devoted to each of the following topics: the Gospel portrait of Joseph, Joseph as guardian of the mystery of God, Joseph as just man and husband, work as an expression of love, the primacy of the interior life, and Joseph as the patron of the Church in our day. Thus he continued in the example of his distinguished papal predecessors.

By the decree Quemadmodum Deus (1870) Blessed Pius IX proclaimed Joseph Patron of the Church; and in his apostolic letter Inclytum Patriarcham he explained why and outlined a theology of Joseph.

The sketch of Pius IX was developed by his successor in Quamqaum Pluries, and that encyclical letter of Leo XIII is the most important document on St. Joseph up to Custos Redemptoris of John Paul II.

Pope St. Pius X (Joseph Sarto) acted pastorally by composing a prayer to his personal patron and by approving the Litany of St. Joseph.

In 1920 Pope Benedict XV issued a motu proprio to honor the golden jubilee of the proclamation of Joseph's universal patronage of the Church.

Pope Pius XI spoke often in his addresses of the merits, dignity, and power of St. Joseph, and invoked him as special protector against atheistic communism in the encyclical Divini Redemptoris (1937).

Pope Pius XII instituted the feast of St. Joseph the Worker on May 1, 1955, and composed a prayer about this title.

In his apostolic letter Le Voci (1961) Pope St. John XXIII summarized the teachings of his predecessors and named St. Joseph "Protector of the Second Vatican Council." On his own initiative, during the first session of Vatican II, Pope John XXIII included Joseph's name in the Roman Canon (First Eucharistic Prayer) of the Mass.

In a similar vein Pope Paul VI extolled Joseph in the life of the Church in his teachings.

Conclusion: The Beat Goes On

Pope Benedict XVI (Joseph Ratzinger) and Pope Francis have continued teaching as did their predecessors to enhance the centuries-old appreciation of St. Joseph.

Pope Benedict wrote that Joseph’s “silence is permeated by contemplation of the mystery of God, in an attitude of total availability to his divine wishes.”

Pope Francis said, "I have great love for Saint Joseph, because he is a man of silence and strength. On my table I have an image of Saint Joseph sleeping. Even when he is asleep, he is taking care of the Church!”

As a result of this honored tradition, the accommodated Biblical directive (Gn 41:55) still rings true for all God's people: "Go to Joseph!"

About the author: A prolific writer, Brother John continues to write on topics concerning the Blessed Mother and Eastern Catholic churches. A Marianist Brother for over 60 years, he is now in residence at the Marianist Center in Cupertino, California.

The Rose: A Marian Symbol
Read
Help Make the Film "Brother Joseph and the Grotto"
Read
How Devotion to Mary is Revealed in Scripture
Read