Rightfully Ours: A Theology of the Body Coming of Age Story

More than six years have passed since I decided to give National Novel Writing Month (NaNoWriMo) a whirl while my husband spent most of the month traveling for work. At the time, I had only two young children, leaving me ample evening hours alone while my husband was out of town. If ever there would be an opportune time for me to attempt writing 50,000 words of a novel, that was it. With a news story printed from a Pennsylvania newspaper for inspiration and not a clue as to the theme of my novel-to-be, I wrote.

I knew a large part of what I wrote wasn't very good. Yet, determined to "win" at NaNoWriMo, I persisted, and by Thanksgiving, I had reached my goal with a fleshed-out story that included a beginning, middle, and an end. It needed work. Lots of it. Years of it. Countless eyes poring over it. But on April 1, it will be published from Full Quiver Publishing as my third novel, Rightfully Ours, a novel that both teens and adults can enjoy. 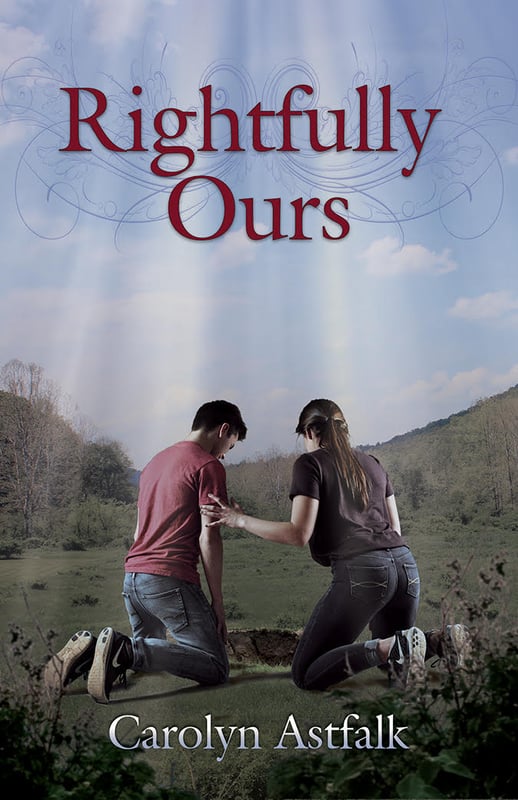 A coming-of-age story of first love, buried treasure, and discovering some things are worth the wait.

Sixteen-year-old Paul Porter’s relocation to Pennsylvania is a temporary move during his dad’s deployment. Or so he and his brother think, until devastating news lands on their doorstep.

Paul’s new home with the Muellers provides solace, especially in the form of Rachel, his friend and confidante. Their abiding friendship deepens as they work side-by-side to uncover what could be lost treasure.

Will they acquire the strength of character and virtue to take only what rightfully belongs to them or are they in way over their heads, with more than a few lost artifacts at stake?

Exclusive to CatholicMom, the following is a short "extra" scene that will introduce you to Paul and Rachel, and, I hope, whet your curiosity about their discovery.

A warm breeze lifted Rachel's hair, cooling her neck as she and Paul stood on the blazing concrete outside of school, waiting for the bus. Paul held Rachel's hand, interlocking his fingers with hers, making her feel protected and cherished. He raised their hands to his lips, kissing the back of her hand and shooting her a grin. "Good first day?"

A thrill shot through her at the touch of his lips. "Uh-huh. Yours?"

A full-length yellow school bus swerved around the bend, heading for their pickup spot, clipping a curb in the process. Paul and Rachel backpedaled a few steps as the bus barreled towards them, skidding to a stop several yards beyond their designated stop.

The bus door opened, and Paul tugged Rachel toward the steps, allowing her to climb in first.

"Hey, Merle," Paul said, raising his hand for a high five with the mild-mannered, middle-aged man known for his reckless driving. By the grace of God, his recklessness had yet to translate into an accident or injury.

Rachel glided to the back of the bus, claiming their spot. She dropped her backpack onto the floor, sandwiching it between her feet. "So, Chem II?"

With a thud, Paul's backpack hit the floor as he plopped alongside her. "Yeah. So, apparently the teacher bailed at the last minute, and they brought in a sub. Mr. Neely or something." He waved his hand as if he could conjure the correct name.

"McNeily. Had him for study hall. Did he make you write about--"

"What I learned on my summer vacation," they finished together.

Rachel laughed. "It was like being back in grade school."

"They must've left the poor guy without a lesson plan." The bus lurched to the side, and Paul braced himself with a hand to the seat back in front of them. "Let me see yours. I want to know what you learned." His eyes sparkled with a mischievous glimmer.

With a teasing grin, Rachel searched her backpack for the rumpled sheet of looseleaf paper. "Only if you let me read yours too."

"Done." Paul retrieved his paper and they swapped essays. The silence between them as they read filled with the chatter of other students and squealing bus brakes.

Rachel skimmed Paul's first paragraph, glossing over mentions of work at the orchard. Interesting, how he sidestepped the monumental discovery they'd made together on the edge of her parents' property. Her gaze lingered on his final sentence: "I learned that time with the people you love is precious, not to be taken for granted or frittered away. But that doesn't mean you have to go grasping at everything, right away. Impatience, selfishness, and lack of virtue only cheapen what's meant to be treasured."

Her heart swelling with affection for Paul, Rachel blinked back tears. God had truly blessed her by sending Paul into her life. With a deep breath to steady her emotions, she turned to him, curious about what he thought of her response.

Cracking a smile, he read aloud from her paper: "The most valuable lesson I learned was to dig deeper, to not be satisfied with the easy gain you find on the surface when there's so much more to be gained if you're willing to sacrifice for it."

He handed her paper back, his warm, steady gaze locked on hers. "Wow. Lotsa double-meaning there."

She managed a nod before he leaned in and pressed a soft, quick kiss to her lips. Short because he intended it that way or because Merle had accelerated into a hairpin turn? Who knew?

Grasping at the seat back, they righted themselves.

"Gotta love Merle," Paul said, "but as soon as I get my driver's license, guess what? We're done with the bus."

Giggling, Rachel looped her arm through his. "Amen."

Buy Rightfully Ours through our Amazon link and support CatholicMom.com with your purchase! 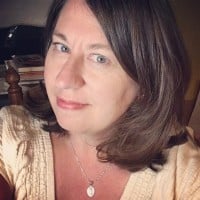