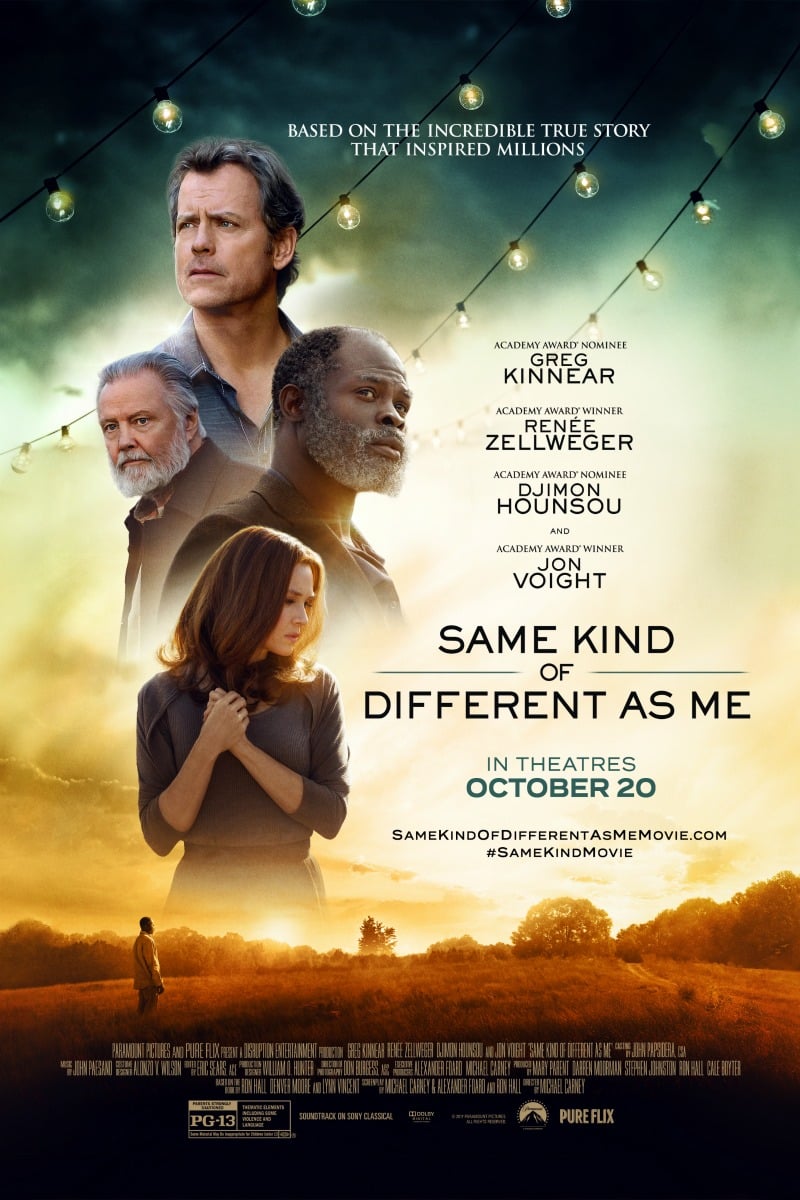 SAME KIND OF DIFFERENT AS ME, a powerful film for Catholic audiences that specifically highlights the corporal and spiritual works of mercy, human dignity and family life, will be released in theaters nationwide Friday, Oct. 20, 2017.

SAME KIND OF DIFFERENT AS ME is already receiving endorsements from notable Catholics.

“Based on a beautiful true story and enriched by a terrific cast, this is a moving portrait of betrayal, forgiveness and the ripple effect of unselfish love,” +Charles J. Chaput, O.F.M. Cap., Archbishop of Philadelphia, says of SAME KIND OF DIFFERENT AS ME. “Warmly recommended.”

“SAME KIND OF DIFFERENT AS ME is a deeply inspiring and human story about self-sacrifice,” says Rose Pacatte, FSP, Pauline Center for Media Studies. “It’s an extraordinary tale about ordinary people.”

The movie is based on the New York Times bestselling book of the same name and inspirational true story of international art dealer Ron Hall (Greg Kinnear), who befriends a homeless man, Denver Moore (Djimon Hounsou), in hopes of saving his struggling marriage to Debbie (Academy Award® nominee Renée Zellweger), a woman whose dreams will lead all three of them on the most remarkable journey of their lives. 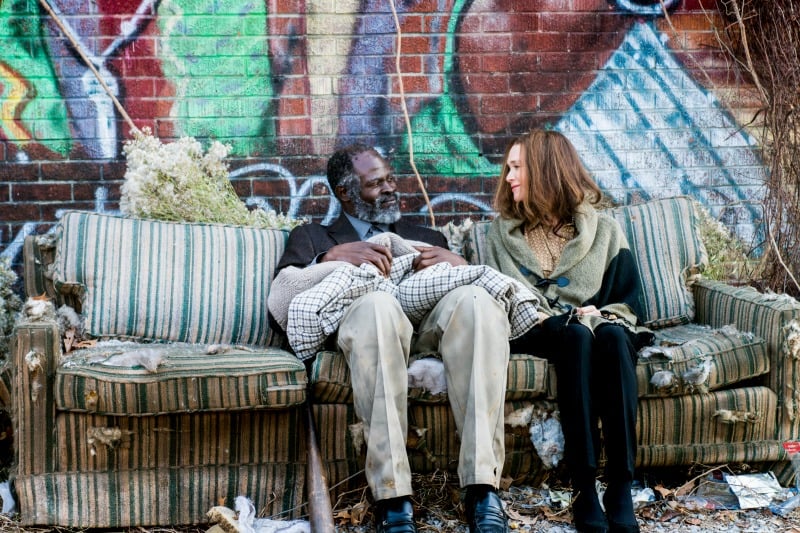 “[The movie is] about relationship and loyalty, it’s about love and it’s about finding the treasures in each of us,” said Jon Voight, who plays Ron Hall’s father, Earl, in SAME KIND OF DIFFERENT AS ME . “Everybody’s got something … and when we can reveal those things we make these relationships that change our lives for the better.”

Ron Hall sums up the true story of SAME KIND OF DIFFERENT AS ME in simple words: “It’s kind of incredible what a little love can do.”

[tweet "It’s kind of incredible what a little love can do. #samekindofdifferentasme #movie"]

This statement does not refer merely to the transformation that occurred in him and Moore through their unlikely friendship. It also reflects the healing of Hall’s marriage to his wife, Debbie, and his improving relationship with his estranged father, Earl. All three themes come through loud and clear in director Michael Carney’s feature film debut.

Watch the SAME KIND OF DIFFERENT AS ME trailer:

SAME KIND OF DIFFERENT AS ME is produced by Paramount Pictures and distributed by Pure Flix Entertainment. It is set to release theatrically nationwide Oct. 20, 2017.