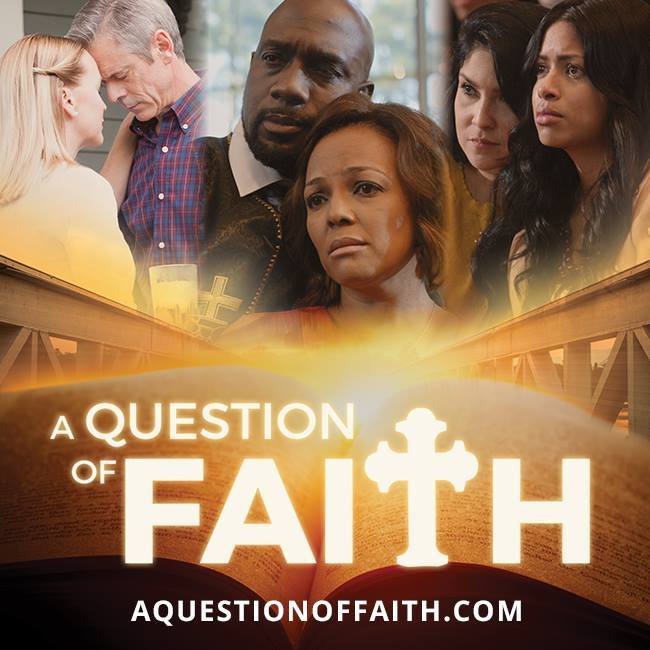 Courtesy of Pure Flix. All rights reserved. Used with permission.

Breaking many industry norms, the new faith based movie “A Question of Faith” hopes to become a surprise hit among Christian filmgoers this fall. The movie is the first of its kind in the space to have been produced by an African American female producer—and the first faith based feature for veteran producer Angela White of Silver Lining Entertainment. “A Question of Faith” will release from Pure Flix on September 29, 2017 in more than 600 theaters.

The film has been a resounding success in early screenings. “Churches have been resonating with the film’s message and many are buying out multiple screens for opening,” noted White.

“A Question of Faith” features a moving storyline involving three families from different cultures, who live in the same community; they are complete strangers living vastly separate lives until a texting and driving accident thrusts them onto converging paths where they discover God’s love, forgiveness, grace and mercy.

“God’s power is glorified in this film in a way I’ve personally not seen before,” said White. “Audiences will find themselves cheering, singing, crying and praising God when they watch this film.”

Synopsis: In “A Question of Faith,” the lives of three families collide when two tragedies strike back to back. All three families find themselves at a crossroads, questioning their faith and the higher power that guides our destinies. Chance encounters with one another lead to a chain of events imminently bringing the families’ worlds closer together, until a moment of truth. But, when the connection is revealed, will the consequences of the aftermath bring them together or tear their faith apart? 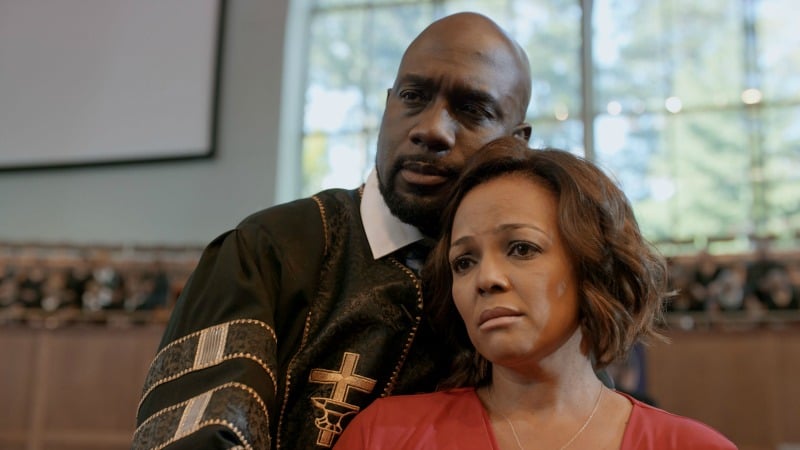 Courtesy of Pure Flix. All rights reserved. Used with permission.

What People Are Saying About “A Question of Faith”:

“Awesome. A moving experience of the demonstration of the power of faith, forgiveness, and focus for the future. I love it.” -Bishop Neil C. Ellis, Presiding Bishop of the Global United Fellowship

“We all come to a place were we must trust the lord by faith and this movie makes you want to live by faith. The must see faith movie of the year!” – Pastor Ben Graham, Music City Baptist Church, Nashville, Tennessee

“Every politician, faith leader and american must see this powerful view into the grace and forgiveness that jesus brings when we humble ourselves. A must see for all!” – Nathan Kistler, Director Of Hope To The Hill In Washington Dc

Founded in 2005 by Michael Scott, David A.R. White, Russell Wolfe and Elizabeth Travis, Pure Flix has become the largest independent faith and family studio in the world. Their recent releases include The Case for Christ, I’m Not Ashamed, God’s Not Dead 2, God’s Not Dead, Do You Believe?, Woodlawn and the upcoming Same Kind of Different as Me.

With offices in Los Angeles and Scottsdale, Pure Flix has produced, acquired, marketed and distributed nearly 100 faith and family-friendly films. Aligned with their mission to transform the human spirit through values-based entertainment, Pure Flix is the industry leader in creating high-quality inspirational feature film content. Their official web site is http://www.pureflix.com.