Image credit: Ben White (2017), Unsplash, CC0 Public Domain[/caption] October has been synonymous with respect life campaigns for as long as I can remember. Usually, the focus is on abortion and euthanasia. The numbers of young women seeking abortions were at such epidemic proportions, it mobilized the faithful to action, sparking marches, protests, prayer vigils, and month-long observances to turn the tide on this trend. While the numbers are dropping for abortion as result of our efforts, a new trend is emerging that threatens the lives of teens and adults. In recent months, the suicides of celebrities such as Anthony Bourdain, Kate Spade, Washington State University quarterback Tyler Hillinski, and the popular lead singer of Linkin Park, Chester Bennington, have shone a light on an emerging trend in the new millennium. As we watched or read the news reports of these tragic stories of suicide, the first question that came to mind is: why? How can someone who by our societal norms seems to have everything, choose to commit suicide? We search for signs that we should have seen in the aftermath.

"When people kill themselves, they think they're ending the pain, but all they're doing is passing it on to those they leave behind." - Jeannette Walls

For so many the taking of their own lives becomes the permanent solution to a temporary problem. In reading Jean M. Twenge, PhD's i-Gen Why Today's Super-Connected Kids Are Growing Up Less Rebellious, More Tolerant, Less Happy and Completely Unprepared for Adulthood, I first learned about this disturbing societal trend:

The rise in suicide is more pronounced for girls. Although the rate increased for both sexes, three times as many 12- to 14-year-old girls killed themselves in 2017 than in 2007, compared to twice as many boys.

We see the entertainment industry responding to the crisis by green-lighting shows focused on the trend, like last year's wildly popular "13 Reasons Why" about a teen taking her life, that some say romanticize the notion of killing yourself. An adult version of "13 Reasons Why" titled "A Million Little Things" premiered on a traditional media outlet a few weeks ago. There are also suicidal themed games that allow players to experience virtual suicide in very graphic ways. All indicators are that the once-taboo topic of suicide is becoming more mainstream. There is growing consensus that 90% of those who commit suicide are suffering from depression or another mental illness. Aaron Kheriaty, author of The Catholic Guide to Depression, asserts:

"Depression is neither laziness nor weakness of will, nor a manifestation of a character defect. It needs to be distinguished from spiritual states, such as what St. Ignatius described as spiritual desolation and what St. John of the Cross called the dark night of the soul."

Much like we have done to galvanize ourselves to put our faith in action to impact conversations surrounding respecting life from conception to natural death, we must work harder to spark conversations about mental illnesses like depression and suicide. The shame and stigma surrounding mental illness and suicide within our families, parishes, and society must change.  The Church has already amended the way they respond in these situations. The Catholic Church has a morally clear but pastorally sensitive teaching on suicide (reference Sections 2280-2283 of the Catechism):

“Grave psychological disturbances, anguish or grave fear of hardship, suffering or torture can diminish the responsibility of the one committing suicide.”

Image credit: Ben White (2017), Unsplash, CC0 Public Domain[/caption] So what can you do to help? Follow the three "P's" to put your faith in action this #Respectlife month to focus on suicide: Pray. St. Dymphna is the patron for those challenged with mental and emotional health maladies. Here is a prayer that can be offered for intercession.

Good Saint Dymphna, great wonder-worker in every affliction of mind and body, I humbly implore your powerful intercession with Jesus through Mary, the Health of the Sick, in my present need. (Mention it.) Saint Dymphna, martyr of purity, patroness of those who suffer with nervous and mental afflictions, beloved child of Jesus and Mary, pray to Them for me and obtain my request. (Pray one Our Father, one Hail Mary and one Glory Be.) Saint Dymphna, Virgin and Martyr, pray for us.

Parish. Organize communal prayer opportunities. The USCCB has a formal blessing that can be applied for a special Mass for those suffering depression or who have survived suicide attempts that can be shared with your pastor. You can offer novenas, rosaries, holy hours, and Adoration for this intention. Participate. Host a discussion group for people in your community to talk about their experiences with loved ones who suffer with mental health issues or have committed suicide. Approach your pastoral council about hosting a speaker to help educate members about knowing the signs, what to say or where to get help. Young people have shared with me how incredibly difficult it is to deal with things previous generations just chalked up as "growing pains." Hearing from them how this perceived indifference contributes to their isolation has been the catalyst for me to write about this topic and to begin personally praying for the intercession of St Dymphna myself. During September, Suicide Prevention Month, I gathered many links to resources that may be helpful to you or someone you know who needs to start a difficult conversation that may save a life! Copyright 2018 Sherry Hayes-Peirce 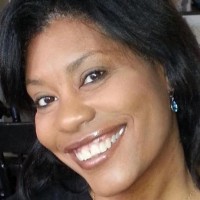 Sherry Hayes-Peirce is a Catholic Social Media Strategist, Blogger, Conference Speaker, Chief Inspirational Officer at Church Social Tips and Missionary Disciple of the New Evangelization. She is passionate about sharing her treasured time and talents to inform, inspire and engage the next generation of Catholics through technology.