An Ordinary Life of Holiness 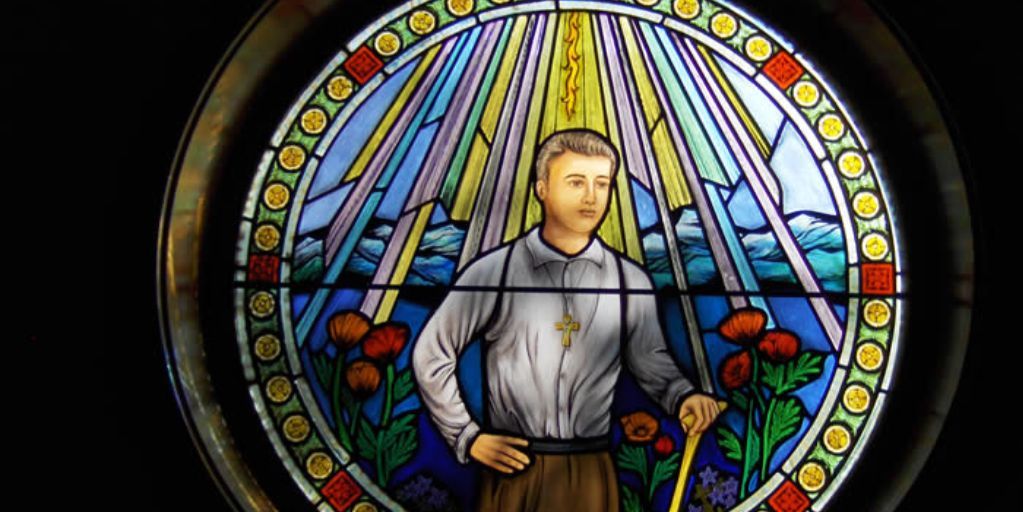 Are you encouraged to know there is a saint who regularly drank coffee, especially to stay awake while studying? Meet Blessed Pier Giorgio Frassati. Christine Wohar writes, “Sure, coffee is such a little thing. But knowing that it was part of his daily routine makes my Tuesday-morning coffee times even more special. And it’s comforting to know that the path to holiness doesn’t require a detour around the coffee shop. If only the rest of the journey was as easy as sipping a cup of joe!”

Christine Wohar’s new book Finding Frassati and Following his Path to Holiness (Sophia Institute Press) is a good place to start learning about this saint who is relatable in so many ways. The book is a fast read and is written both personally and meditatively. Wohar includes information about her own life and her research on this inspiring saint. Each of the 40 short segments on a different aspect of Frassati’s life concludes with a suggested prayer and a suggested act to help us grow in the spirit of Blessed Pier Giorgio.

Pope Saint John Paul II said of Blessed Pier Giorgio in 2005, “Get to know him! The life of this ‘normal’ young man shows that we can be holy by living our friendships, studies, sports and service to the poor in constant relationship with God.”

Born in 1901 in Turin, Italy, Pier Giorgio Frassati was in many ways a very regular young man, an ordinary guy. Much of his life does not fit the template we often think of for a saint. He enjoyed many activities typical of a young man. An athlete, he loved mountain climbing, enjoyed playing pool, and struggled with his studies. He was also politically active and took part in public protests.

His parents had a very troubled marriage. Of Frassati’s mother, Wohar writes, “She was considered severe in her parenting, a cigar-smoking artist whose marriage was on the verge of separation, an emotionally fragile woman lacking the skills to run a household.” Still, she very much loved her son and he had great respect for her. Frassati wrote, “A Mother’s advice is always the wisest and always the best, even when one is already old.” She went to Mass only on Sundays but we are indebted to her for collecting her son’s letters and photos from his friends. These were very helpful in his cause for sainthood.

Pier Giorgio’s father was a successful politician and a journalist. He loved nature as did his son and he had high standards for behavior. Financially generous to those in need, he was nevertheless a lapsed Catholic who did not attend Mass. In spite of this background, they raised a saint!

Frassati was very devoted to the Blessed Mother. He often took her flowers and always had his Rosary. On his door Blessed Pier Giorgio had a hand-written copy of Saint Bernard’s "Hymn to the Virgin Mary" from Dante’s Inferno. It includes the line, “Lady, you who are so powerful and great that he who would seek grace and not seek you is one who would try flying without wings.” As a lay Dominican at the age of 21, he prayed The Little Office of the Blessed Virgin Mary every day.

Pier Giorgio loved Jesus in the Eucharist and often did Adoration in the middle of the night. “He would make a large and reverent Sign of the Cross whenever he passed a Catholic church.” This despite the fact that there was much animosity toward Catholics at the time.

Blessed Pier Giorgio joined the Conference of St. Vincent de Paul when he was 17 and thus began his commitment to the poor. Wohar writes, “Despite opening his heart and hands to so many, he saw himself merely as ‘a little twig’ who God sometimes used to do good.” To encourage his friends to accompany him while serving the poor he said, ”Don’t ever forget that even though the house is sordid, you are approaching Christ. Around the sick, the poor, and the unfortunate, I see a particular light, a light that we do not have.”

Although a talented athlete who liked to ski, bike, swim, fence, and ride horses, “Pier Giorgio encouraged his friends to work at being stronger spiritually than physically. For this purpose “he formed the Tipi Loschi Society for his closest friends.” Tipi Loschi Society translates roughly “The Shady Ones.” To ensure that they not take themselves too seriously they held as their motto, “Few, but good like macaroni.” Wohar writes, “ What Pier Giorgio ultimately hoped the Tipi Loschi Society would accomplish was a lifelong union in prayer, an indissoluble bond of friendship of the most valuable kind.” Wohar likes to think of him as the patron saint of friendship.

Blessed Pier Giorgio Frassati died at the age of 24 of polio. Everyone assumed he had contracted it from the poor he served. “He was known for fearlessly visiting hospitals and people with contagious diseases …The consequence of Pier Giorgio’s radical love for the poor is a stark reminder that sometimes serving the physical and spiritual needs of others is not convenient and is even risky. It can cost you dearly. It cost Pier Giorgio his life.”

At the Mass of Beatification for him, Pope Saint John Paul II said of Pier Giorgio, “He repeats that it is really worth giving up everything to serve the Lord. He testifies that holiness is possible for everyone and that only the revolution of charity can enkindle the hope of a better future in the hearts of people.”

The author of this fine book, Christine Wohar, founded FrassatiUSA in 2006, an organization that works to promote the spirituality of Blessed Frassati. The website provides a lot of information about him and includes the prayer for his canonization.

Finding Frassati is available from Sophia Institute Press, your local Catholic store, and wherever books are sold.

Day of Prayer for the Legal Protection of Unborn Children
Read
The Sword of the Spirit and Word of God Sunday
Read
My Rosary Story: Trying the Family Rosary
Read