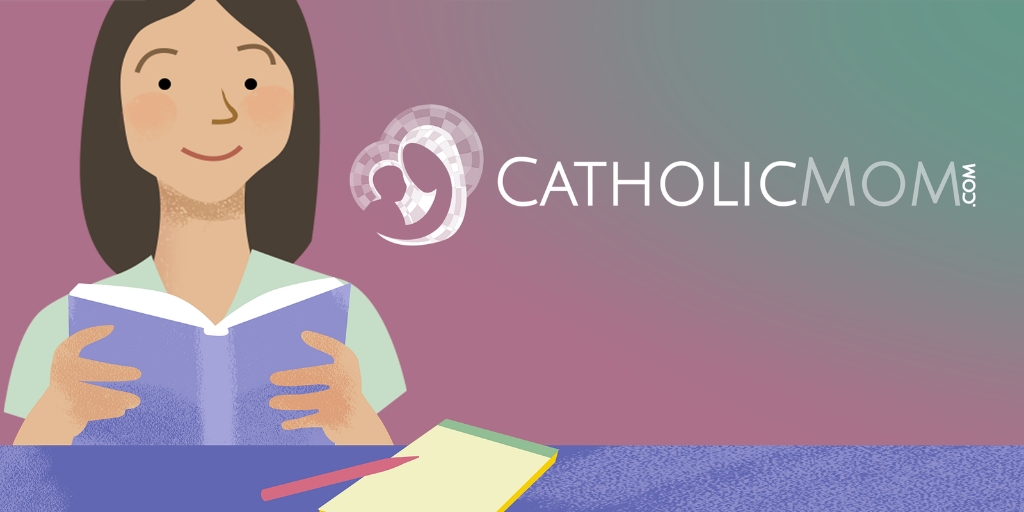 There is a body of ancient stories which form the foundations of our Western civilization and which were retold and referred to over and over again in European literature. Beowulf, Tristan and Iseult, the King Arthur Cycle, The Illiad, and The Odyssey are epic heroic tales which used to feature in high school curricula because they were recognized as the roots of our past. Ignorance of these tales makes it impossible to understand European literature. Unfortunately, the way in which these stories were delivered, in verse form, in ancient, unintelligible forms of our modern languages, using rhetorical devices strange to our ears, have made the original versions of these epics inaccessible to modern Catholic kids. Rosemary Sutcliff has retold many of these stories in her unique style of prose, making them fascinating reads for today’s middle graders and teens.

Beowulf, a heroic poem in 3182 alliterative lines, is one of the earliest known works of literature in the English language. The earliest manuscript is dated between 975 and 1025 AD. However, the story is much older. The Anglo Saxons were a tribal people with an oral literary tradition who had invaded England from northern Germany. Their Northern legends were transmitted in oral form and their true origin is lost in the mists of time. We know about the way they enjoyed their verse epics sung by bards in the great halls of warrior kings from Tolkien’s Lord of the Rings, a fantasy which was inspired by the great Norse epics the author studied and taught. Tolkien even uses the characteristic alliterative verse of in a few instances, giving us a glimpse of the magic of ancient Germanic poetry.

The story of Beowulf is believed to have been recorded by monks who put a slight Christian veneer on the pagan story. There is reference to the Alluvatar, the Father of All, who is not part of the Germanic pantheon of gods. It is important to note that monasteries made it their business to preserve the ancient literature of the people they served. Without monastic scribes, these tales would be lost to us. The ethos of the Beowulf epic transmitted to us is much more pagan than it is Christian, and I suspect that the monks of 10th-century England identified very much with the heroic pagan world of Beowulf. It is important for us to read about the way Beowulf and his warriors thought and felt and what a radical conversion Christianity required of them. 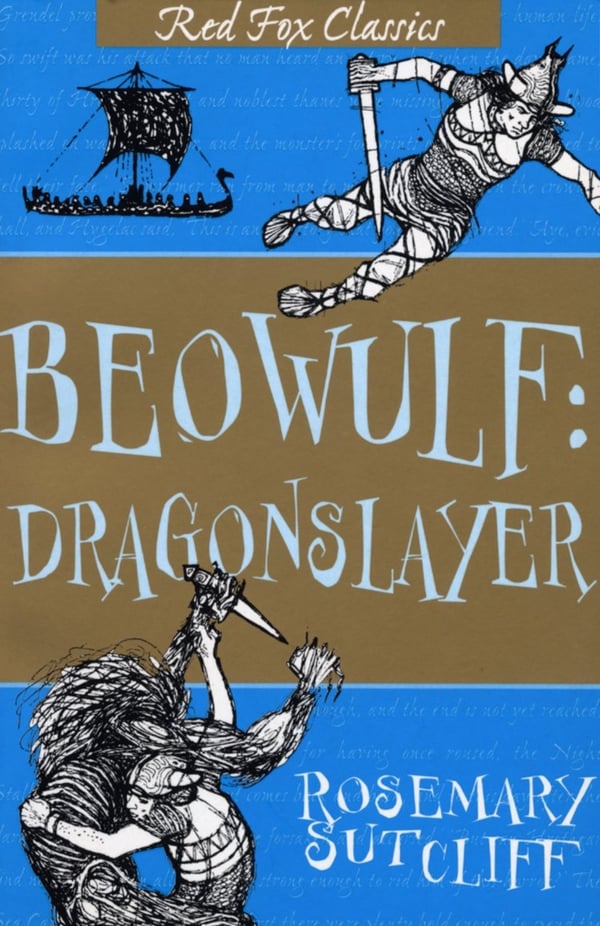 Beowulf: Dragonslayer is Rosemary Sutcliff’s masterful prose retelling of the Beowulf verse epic. It is a gripping read in clear simple prose, which succeeds in preserving much of the feel of the Anglo Saxon poetry. The author employs some to the original kennings. A kenning is figure of speech describing an important person or concept in an evocative compound noun. For example, the monster Grendel is called "Death-Shadow-in-the-Dark."

Beowulf is a Swedish warrior who visits the court of the Danish king Hrothgar with a band of 14 "sword brothers" or "hearth companions" to repay a debt owed by his father. He offers to rid the king and his people of Grendel, a monster, who haunts the King’s great hall Heorot at night, devouring the warriors who sleep there. Beowulf not only overcomes Grendel but also his mother, freeing the Danes from their double nightmare. The story covers the rest of Beowulf’s life in a cursory way, ending in vivid description of his heroic fight with a dragon. This final adventure costs the great warrior his life.

Beowulf is a story of the warrior tribes of the European North. Strength and cunning in battle were important virtues, as was fealty to kin and king. A debt of honor needed to be paid, not only for oneself but for a kinsman. In the same way, a wrong done to a kinsman had to be avenged. Mythical monsters inhabited this world which offered warriors a chance to prove their prowess. Warfare was considered an honorable venture in these unsettled times; however, Beowulf is praised for reigning in peace for many years.

The earliest sources of the epic romance Tristan and Iseult are Celtic. This famous love story was later incorporated in the King Arthur cycle. Rosemary Sutcliff begins her book Tristan and Iseult with and introduction explaining why she omitted a major element of the later Tristan versions: the love potion.

Tristan, kinsman to King Marc of Cornwall, departs from his home, the Kingdom of Lothian, to seek adventure and prove his prowess. Cornwall is in a war with Ireland and Tristan becomes the heroic champion of Cornwall by defeating the Irish warrior Morholt. King Marc sends Tristan to find the mysterious Princess of the Swallow’s hair whom he intends to make his wife. Fate has it, that this princess is Iseult, the daughter of the Irish King. Tristan wins the princess for his King by defeating a dragon which plagues the Irish people. Fate also has it that Tristan and Iseult fall passionately in love. This love is brought about by a magic potion in the best-known versions of the story, an element Sutcliff chose to omit. The lovers are doomed because the conventions of the time force Iseult to marry King Marc. Tristan and Iseult dishonorably indulge in a secret love affair, but the reader is cannot help but sympathize with them. The great love of the couple causes even the wronged husband King Marc to honor them after their tragic death. He lays them in one grave. The bittersweet ending shows a hazel tree and a honeysuckle growing out of the lovers’ grave and intertwine, symbolizing that they will never be parted again.

You may want to discuss the treatment of the sin of adultery in this story. What causes the tragedy of the lovers? Iseult’s marriage of King Marc and was based on an arbitrary whim, disregarding the fact that Iseult loved another man.

The language of Sutcliff’s retelling is exquisite, straightforward storytelling against which metaphors of piercing beauty stand out. This book, like Beowulf, makes a great read-aloud which even young children can enjoy. The author’s retellings of great heroic epics are just as entertaining as the originals must have been when they were chanted by bards in the great halls of tribal chiefs. They may even inspire your children to investigate the originals. There is a wonderful translation of Beowulf by Irish poet Seamus Heaney.

Rosemary Sutcliff has retold many ancient epics. Our family has especially enjoyed The Illiad and The Odyssey in the beautiful editions illustrated by Alan Lee.